Yankees’ Judge says Astros should be stripped of 2017 title 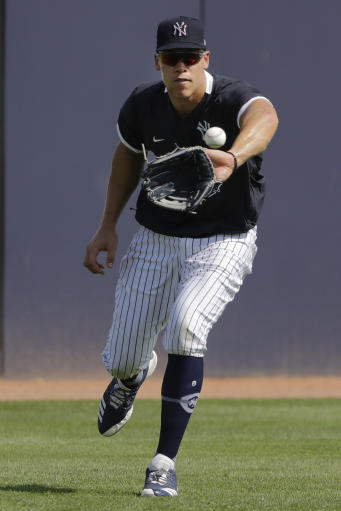 TAMPA, Fla. (AP) — New York Yankees slugger Aaron Judge did not hit or throw during the team’s first full squad workout on Tuesday because of what the team said was a minor right shoulder issue.

Yankees manager Aaron Boone said the problem is not considered serious and Judge could start to ramp up activities in a couple days. Judge is expected to be ready for the start of the regular season.

”Just dealing with some crankiness, a little soreness in his shoulder,” Boone said. ”I feel like it’s a pretty minor thing. Just something we wanted to try and get ahead of while we’re at this point at this point in the calendar.”

Judge had a number of tests, including an MRI, and did conditioning.

Judge was scheduled to talk with reporters later Tuesday.