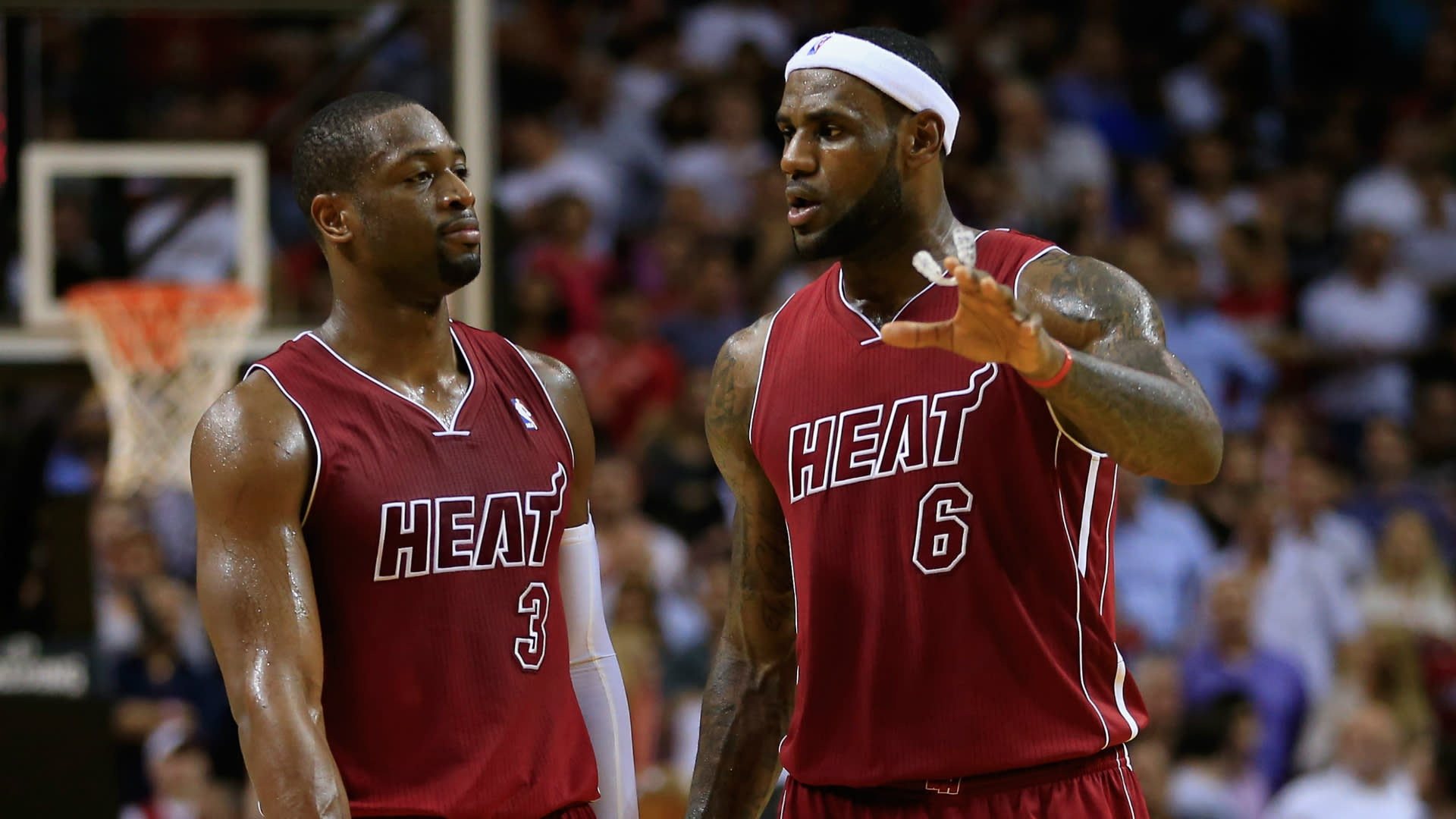 LeBron James and Dwyane Wade have been both team-mates and rivals, which means their final match-up on Monday as the Los Angeles Lakers face the Miami Heat will be an emotional one.

James and Wade were part of the 2003 NBA Draft and they were selected first and fifth, respectively.

They were team-mates for four seasons in Miami, claiming back-to-back NBA championships together in 2012 and 2013 and reaching the Finals four times.

James and Wade also shared the court with the Cleveland Cavaliers for 46 games last season, but Monday will be their final encounter before Wade retires at the end of the season.

“Out of all the players in the league besides [Udonis Haslem], Bron is one of my closest friends,” Wade told the Miami Herald.

“It definitely will mean a little bit more, and just everything in our careers. The paths that we both went down as competitors versus each other and as team-mates, we’ll always be linked together forever.

“So, it will definitely mean a lot. It’s the ending of a chapter in both of our lives. This is just the end of a chapter as competitors on the basketball court.”

He added: “I’ll savour this. We both will. We both had some amazing moments versus each other as competitors.

“But we obviously had some great moments as team-mates. And we’re going to be friends forever, but this is the last time we play basketball versus each other. So we’ll enjoy it and then we’ll savour it.

“Obviously, LeBron is one of my good friends and the history we have as team-mates, as well. It definitely means more than just the average last game versus a team or individual.”