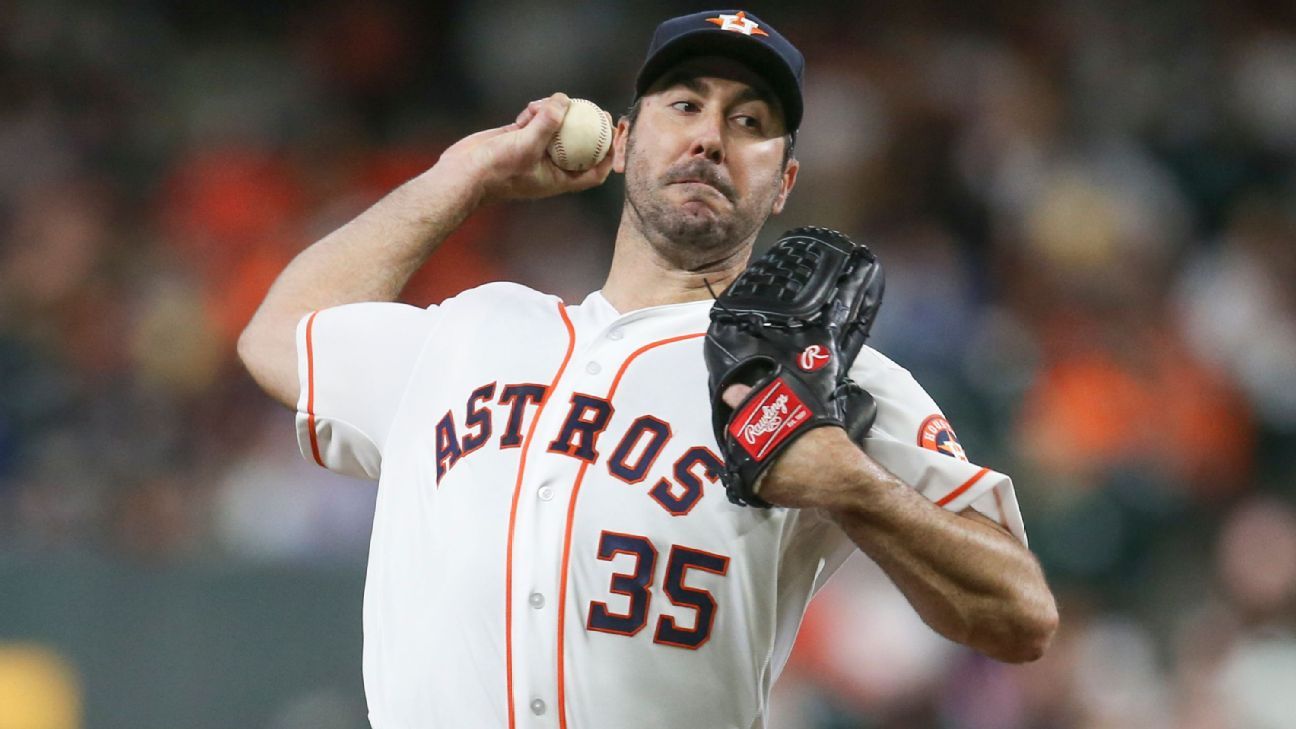 Houston Astros ace Justin Verlander reached a pair of milestones Saturday night, becoming the 18th major league pitcher to reach 3,000 career strikeouts and the 19th in the modern era (since 1900) to record 300 strikeouts in a season.

Verlander, 36, entered Saturday night’s game against the Los Angeles Angels with 2,994 strikeouts. He achieved the career milestone in the fourth inning when he got Kole Calhoun swinging at a slider. Calhoun reached first, though, on a wild pitch and Andrelton Simmons then gave Los Angeles a 3-0 lead with a two-run homer to left-center.

Verlander’s feat was recognized on the scoreboard at Angel Stadium, and he was congratulated by teammates in the Astros dugout at the end of the inning.

According to Baseball-Reference and Retrosheet, it’s the first time a pitcher has recorded his 3,000th strikeout on a wild pitch.

Verlander, who began the day with 288 strikeouts this season, got Calhoun swinging again in the sixth inning to reach 300 for the first time in his 15-year career. He and Gerrit Cole are only the second set of teammates to each have 300 strikeouts in the same season, joining Randy Johnson and Curt Schilling, who did it for the 2002 Arizona Diamondbacks. Cole has 316 strikeouts this season.

Verlander finished with 12 strikeouts in six innings and gave up three runs, four hits and no walks Saturday. He improved to 21-6, as the Astros topped the Angels 6-3 to secure the best record in baseball this season and home-field advantage through the World Series.

Verlander is the second pitcher to reach 3,000 strikeouts this season. New York Yankees left-hander CC Sabathia accomplished the feat on April 30 against Arizona. Of the 16 retired pitchers with more than 3,000 strikeouts, 14 are in the Hall of Fame.

Verlander has the second 20-win season of his career and pitched his third no-hitter on Sept. 1 at Toronto. He is also one of the favorites to win his second American League Cy Young.