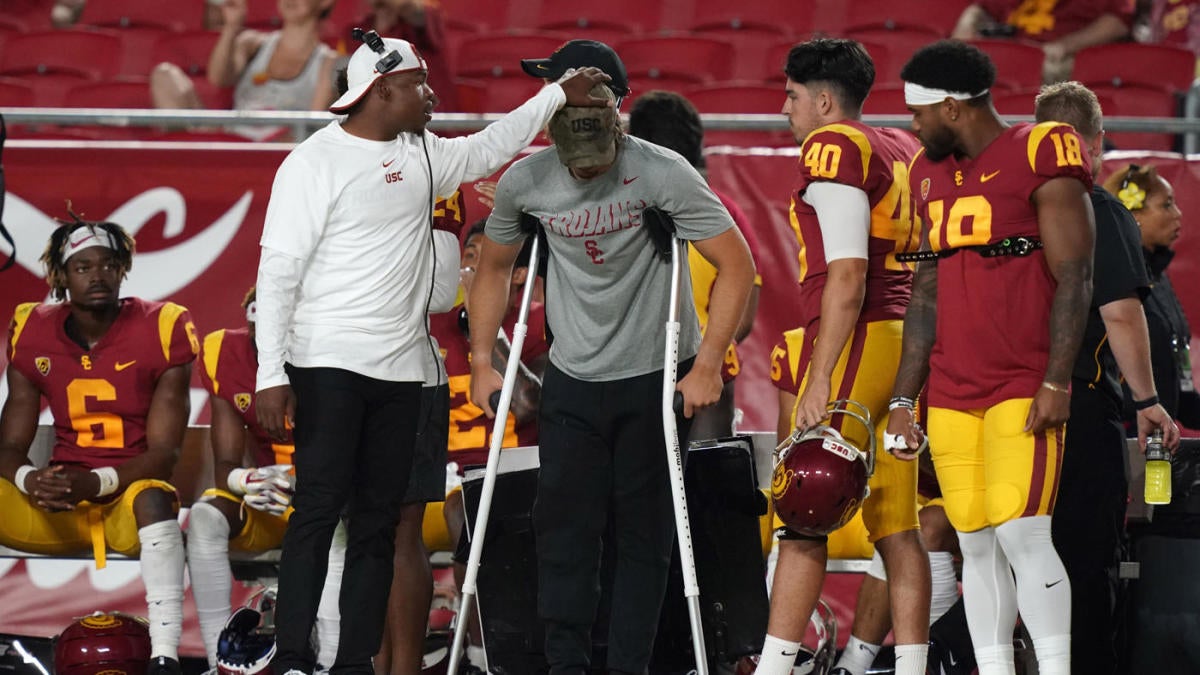 USC sophomore quarterback JT Daniels suffered a torn ACL in the second quarter of Saturday’s 31-23 win over Fresno State in Los Angeles, coach Clay Helton told reporters on Sunday. He will miss the remainder of the 2019 season.

The 6-foot-3, 210-pounder was carted off the field after being sacked and fumbling just before halftime. He later returned in street clothes to cheer on freshman backup Kedon Slovis. Daniels was 25-of-34 for 215 yards, one touchdown and one interception prior to leaving the game with the injury.

“Gut-wrenching,” Helton said after the game. “When you see a guy who’s poured so much into the game and into this team and into his becoming better physically and mentally as a quarterback. I said a prayer as soon as I saw it.”

With Daniels out, it appears to be Solivis who will take the reigns of the Trojans. The 6-foot-2, 200-pound native of Scottsdale, Arizona was a three-star prospect in the most recent recruiting class. He beat out Jack Sears and Matt Fink for the backup role behind Daniels. Sears entered the NCAA transfer portal shortly before the start of the season.

Daniels, a native of Santa Ana, California, was a five-star prospect and the No. 16 overall player in the class of 2018. Helton named him the starting quarterback of the Trojans prior to last season. He was up-and-down during a true freshman season in which he threw for 2,672 yards, 14 touchdowns and 10 interceptions for a team that finished 5-7.

The injury to Daniels comes at a tough time for the Trojans. Helton’s status with the program was up for debate after last season, but the administration opted to keep Helton through the offseason to give him another shot. The game against Fresno State is behind them, but the Trojans host No. 25 Stanford this week, travel to BYU on Sept. 14, host No. 14 Utah on Sept. 20 and visit No. 13 Washington on Sept. 28 before hitting their first bye week. It doesn’t get much easier after that. Following the break, they will head to South Bend, Indiana, to play No. 9 Notre Dame.