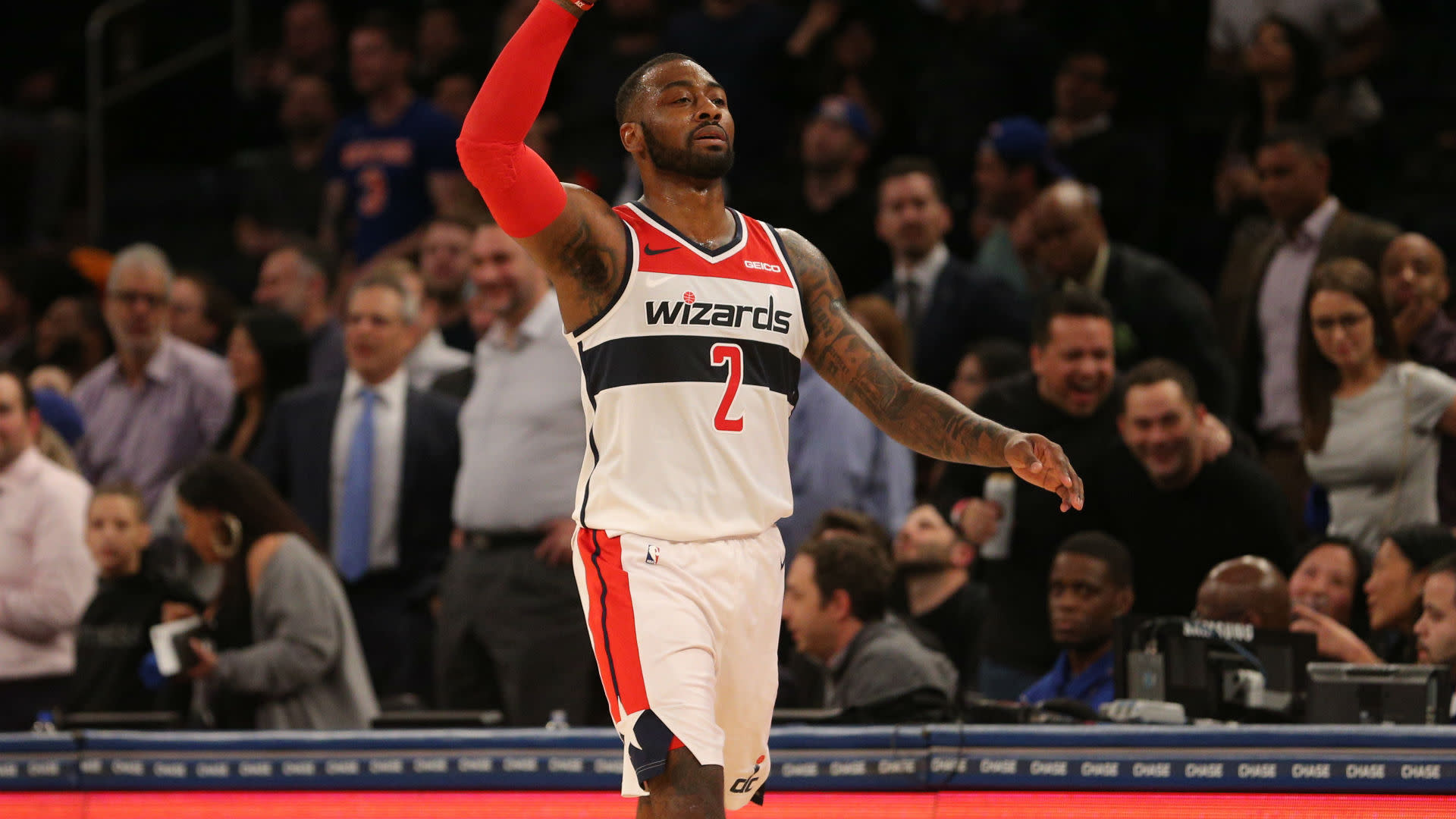 Fresh off a 110-107 loss to the Wizards Monday, the Knicks are now being linked in a trade rumor to Washington’s point guard, John Wall.

New York is in desperate need of a long-term solution at point guard, and they just witnessed a great play-making display from Wall, who scored 18 points and dished out 15 assists in the Wizards’ road win.

Marc Berman of the New York Post wrote in a story posted Tuesday, “Some in the league believe the Knicks are stocking up their young assets and will make a major play for Wall if he becomes available.”

This is just the latest trade rumor that has swirled around Washington’s stars since ESPN’s Adrian Wojnarowski reported in November that the Wizards are open to trading anyone on the roster. Berman went on to propose a package the Knicks could put together to get Wall to the Big Apple.

“It would have to be a three-team deal with the Knicks throwing in [point guard Frank] Ntilikina, [shooting guard Damyean] Dotson, Courtney Lee (for cap purposes), a 2020 first-round and second-round pick,” Berman wrote.

New York certainly has the young talent to put such a proposal together, but the Wizards accepting an offer like this is an entirely different matter.