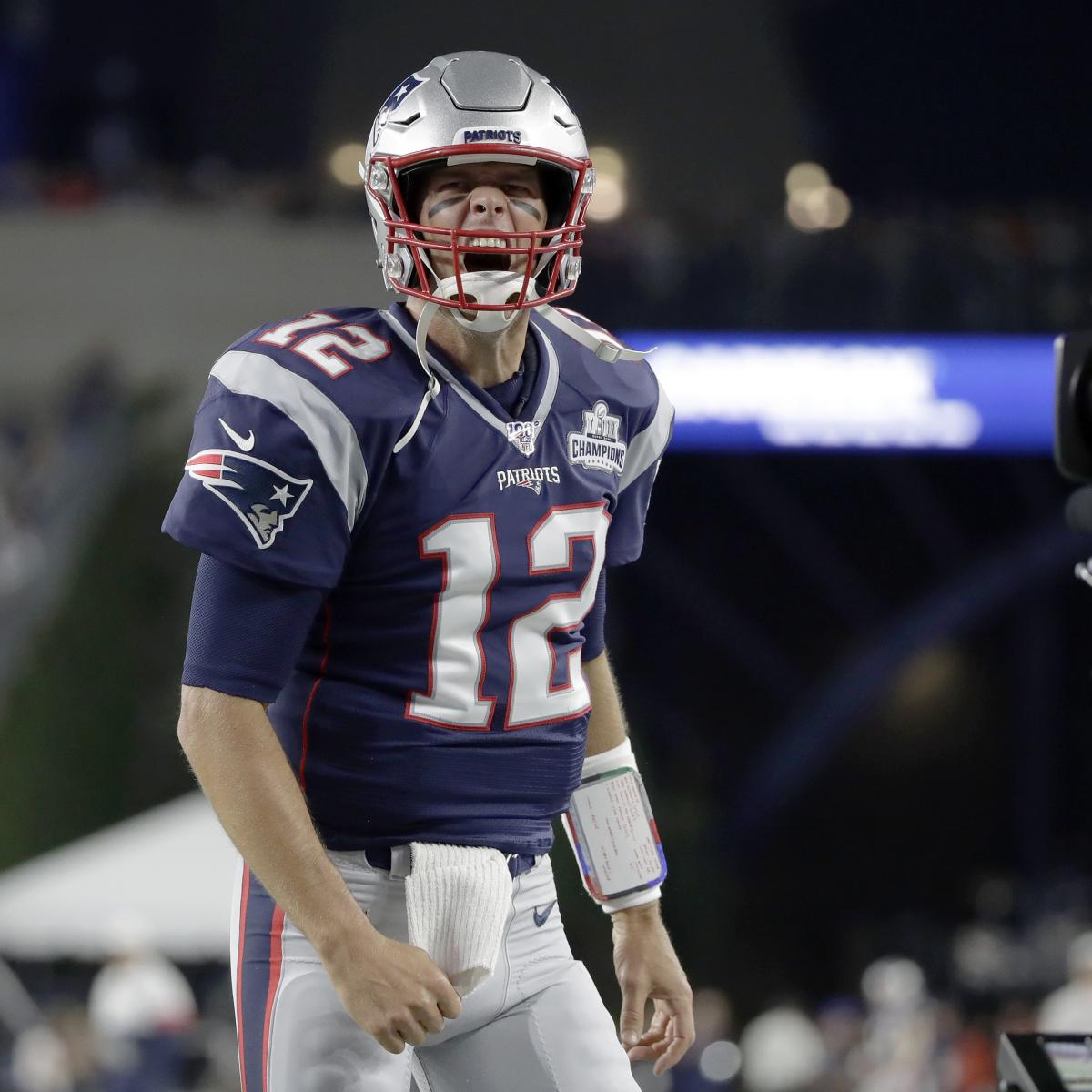 The more things change, the more they stay the same.

The New England Patriots kicked off their Super Bowl title defense with a commanding 33-3 victory over the Pittsburgh Steelers on Sunday at Gillette Stadium. Pittsburgh may be a fellow AFC contender, but the Patriots were once again head and shoulders above the competition at the start of a new season.

Tom Brady went 24-of-36 for 341 yards, three touchdowns and zero interceptions, spreading the ball around to seven different receivers and never giving Pittsburgh a chance to get back in the game once it fell behind.

Ben Roethlisberger couldn’t keep up in the quarterback battle, going 27-of-47 for 277 yards, zero touchdowns and one interception.

Business is always boomin’ for the Patriots when they play the Steelers.

New England is now 12-4 in head-to-head matchups with the Steelers since Brady took over as full-time quarterback during the 2001 season. It is 3-0 in playoff games during that span, and Pittsburgh’s win last year snapped a five-game losing streak that dated back to October 2011.

The Patriots are the inevitable obstacle that consistently stands in Pittsburgh’s way, and Sunday’s contest suggests that won’t change anytime soon.

Brady is often at his best against the Steelers and outplays Roethlisberger, while head coach Bill Belichick has made a habit of outcoaching his counterpart. Mike Tomlin made a handful of questionable decisions during Sunday’s loss, including attempting a field goal from New England’s 1-yard line in the third quarter while facing a 20-0 deficit.

The gap between the two teams is only going to get larger.

Wide receiver Antonio Brown was on the Steelers for much of that history. For all the off-field headlines that come with him, there is no questioning his talent between the lines as a seven-time Pro Bowler and four-time First Team All-Pro selection.

He led the league in catches twice, receiving yards twice and touchdown catches last year, but even the future Hall of Famer could rarely put Pittsburgh over the top in this rivalry.

Now he’s joining the other side after ESPN’s Adam Schefter reported the Patriots agreed to a one-year deal with Brown that could be worth up to $15 million following his release from the Oakland Raiders.

The Steelers’ eventual playoff exit feels inevitable as long as the Patriots remain in the AFC.

Pittsburgh will look to rebound with a home game against the Seattle Seahawks in Week 2, while the Patriots will travel to face the Miami Dolphins on the road.

Get the best sports content from the web and social in the new B/R app. Get the app to get the game.