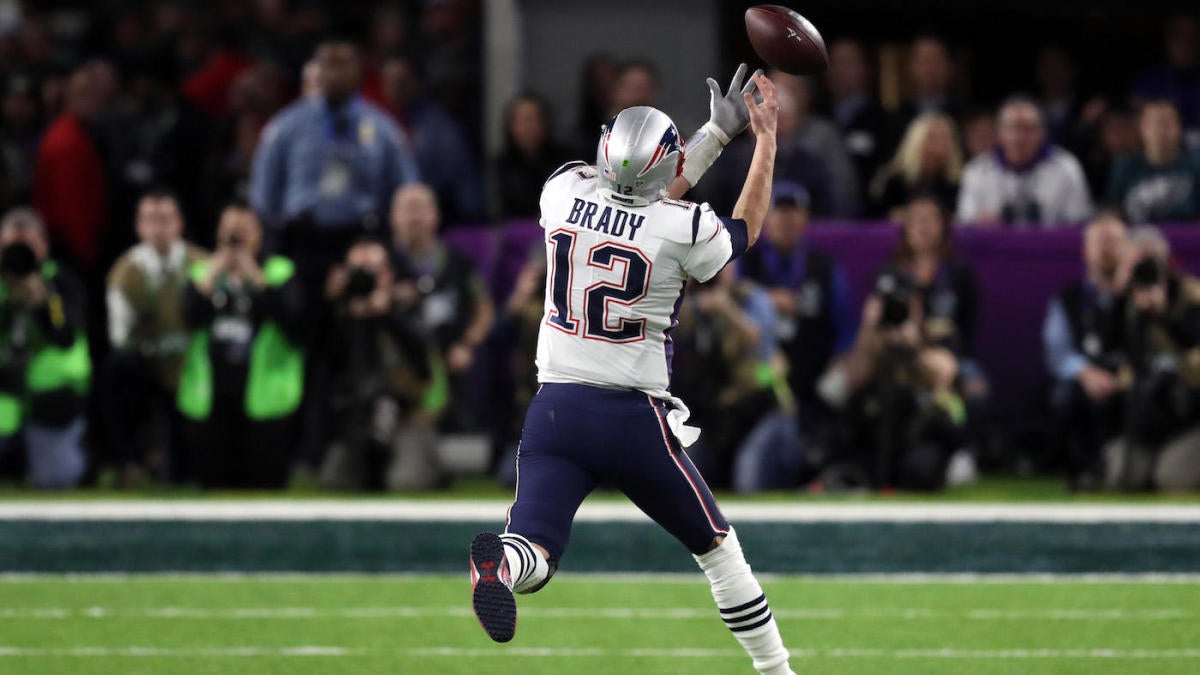 It’s hard to fault Tom Brady for still feeling the sting of losing Super Bowl 52 to the Philadelphia Eagles, especially since the greatest quarterback of all time arguably had his greatest postseason performance. Brady threw for 505 yards and three touchdowns in the loss, finishing with a 115.3 passer rating and he only took one sack. That sack was the play heard around Philadelphia when Brandon Graham got to Brady and forced a fumble with the Patriots trailing by five points with 2:24 to play. The Eagles won the game 41-33, costing Brady his sixth Super Bowl title (he would accomplish the feat the next year).

“You assume I’m over it? Come on now,” Brady said Monday morning on his weekly radio appearance on WEEI in Boston. “That’s a lot of mental scar tissue from that year. That was a tough game.”

The Patriots will face the Eagles for the first time since Super Bowl 52, but both teams are completely different from the group that squared off on February 4, 2018. For starters, Carson Wentz is back as the starting quarterback for the Eagles as Super Bowl MVP Nick Foles moved on to quarterback the Jacksonville Jaguars. Wentz, the league’s front-runner for MVP that season before a torn ACL and LCL ended his year, didn’t get to participate in the Eagles’ playoff run as Foles had a postseason for the ages.

“In a lot of ways we learned from that year and we came back stronger the next year,” Brady said. “We won the Super Bowl in ’18. I think everything is a matter of perspective and when you play in that game and you play great teams, you’re not going to win them all. This is not the Harlem Globetrotters vs. the Washington Generals. This is all about tough competition against the best teams. They deserved it that year, and now a couple years later, we get a chance to play the organization again. We’ve had a lot changes, they’ve had a lot of changes. It’s totally different circumstances. Huge game for us. Big game for them. The better team is going to win.”

Brady will have his chance to take some of the venom out of the sting Sunday against Philadelphia. The Patriots are coming off their first loss of the year and are facing an Eagles team that has injected life into their season with two straight wins. Both teams are coming off a bye and had two weeks to prepare, adding more intrigue toward the highly anticipated Super Bowl rematch.

“Hopefully everyone got a chance to decompress a little bit mentally, physically and now we’ve got to get ready for a great week of preparation and then get ready to go in the there and play our best game of the season on the road, in a really tough environment,” Brady said. “It should be a great Sunday afternoon for football.”