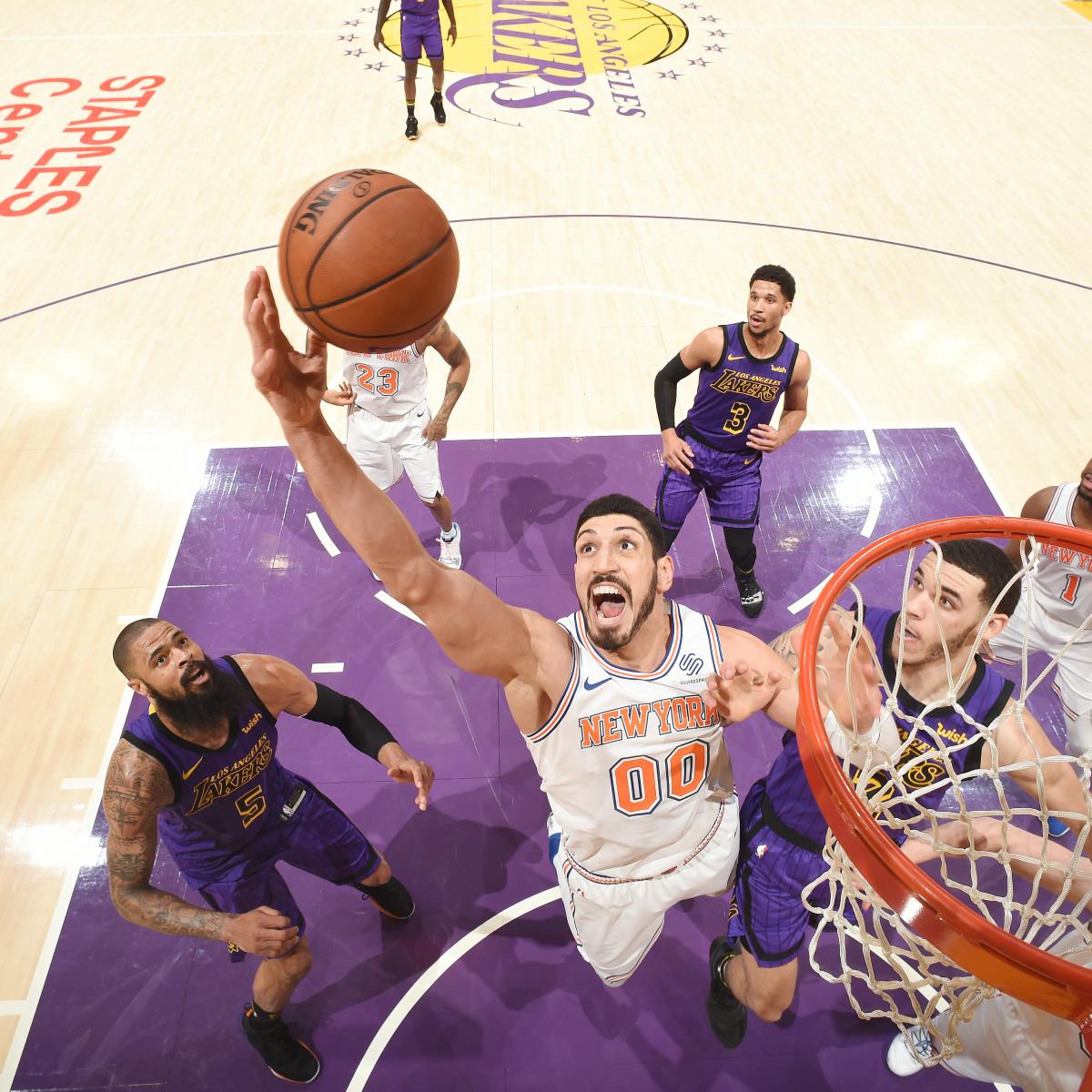 The Lakers were without their top two scorers in LeBron James and Kyle Kuzma, who were out with a strained groin and a bruised lower back, respectively. The Lakers are just 1-4 since James suffered the injury against the Golden State Warriors on Christmas Day.

On Friday, Chris Haynes of Yahoo Sports reported James “will be re-evaluated in one week and will not travel on the upcoming road trip.”

That may put James on the sidelines for four more games: Los Angeles faces the Minnesota Timberwolves and Dallas Mavericks on the road Sunday and Monday before hosting the Detroit Pistons on Wednesday. L.A. then heads for a road battle with the Utah Jazz on Friday.

All four of those teams are competing for playoff berths, which could spell doom for a Lakers team that could not beat the squad with the NBA‘s third-worst record at home.

The Lakers looked like they would be on the wrong end of a blowout at first, as the Knicks opened the game on a 22-5 run and led 39-25 after the first quarter. Lonzo Ball and Brandon Ingram were particularly sloppy with the ball and committed eight combined first-half turnovers.

The Lakers turned the game in their favor eventually, but they didn’t take their first lead until the 3:15 mark of the third quarter. However, the Knicks put their foot on the gas and outscored Los Angeles, 33-20 in the fourth quarter. The Lakers scored just three points after a JaVale McGee layup with four minutes left.

Granted, the Lakers were without their two top scorers in James and Kuzma, but the Knicks were indisputably playing worse basketball than any other team in the league prior to Friday. They’re also in the middle of a long road trip.

Los Angeles’ bigger picture post-Knicks loss is more concerning, as 14 of 15 West teams are separated by just 9.5 games at the midway point of the season.

The Lakers are eighth in the conference, but they don’t have a comfortable cushion over some hungry teams looking to spoil the playoff party. Notably, four teams are within 2.5 games of the Lakers, with the 19-19 Kings breathing down L.A.’s neck.

Bill Oram of The Athletic wrote December 26 that “a (Lakers) team staffer suggested in a conversation with The Athletic that it might take nothing more than James missing 10 games with an injury to knock the Lakers out of the playoff picture.”

If James sits through the Jazz game, that would make nine. Given how the Lakers played Friday, it wouldn’t be surprising to see the Lakers missing the playoffs.

New York continues its West Coast trip with a Monday matchup against the Portland Trail Blazers at 10 p.m. ET. The Lakers will hit the road for a game against Minnesota on Sunday at 3:30 p.m.