Tiger struggles to 75 in tame conditions; ‘just off’ 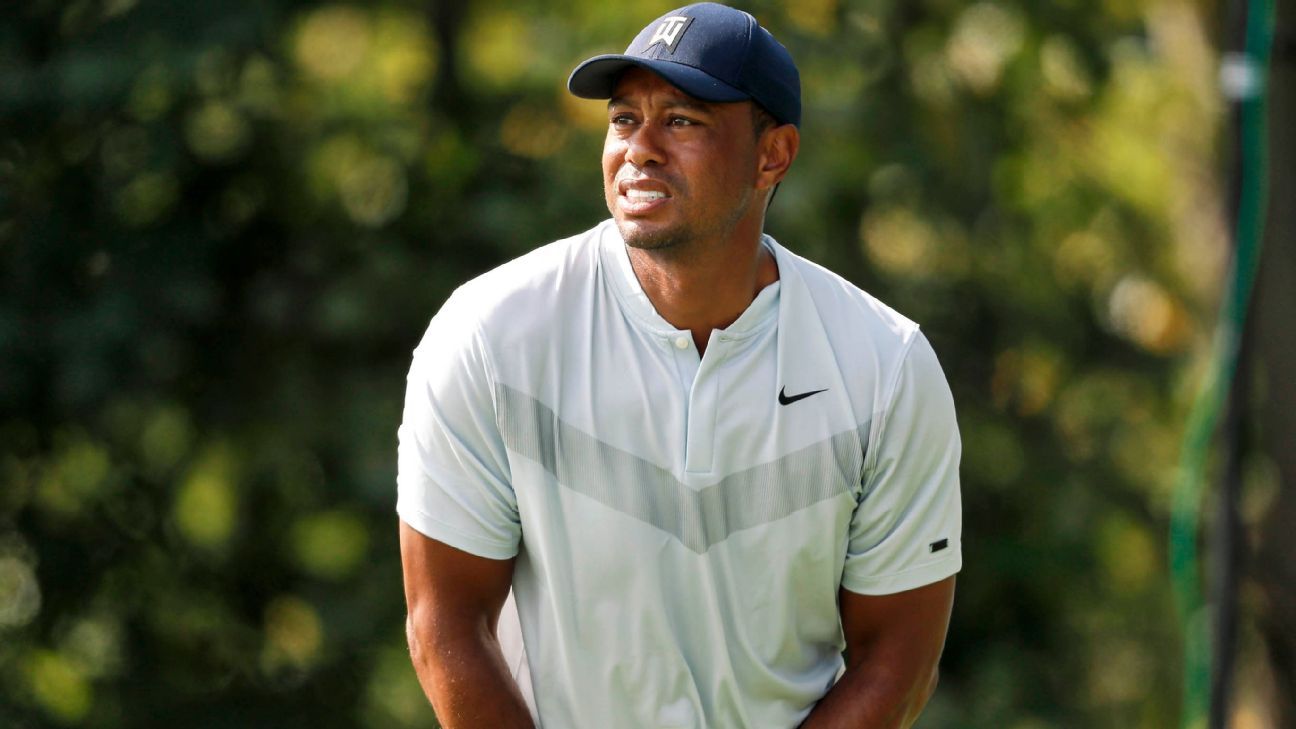 JERSEY CITY, N.J. — Tiger Woods‘ back appeared to be fine Thursday, but the same could not be said for his golf game.

Looking like someone who had competed in just 12 rounds over the past four months and perhaps with a corresponding amount of limited practice, Woods made numerous mistakes on his way to shooting a 4-over-par 75 at Liberty National in the first round of the Northern Trust.

“I just didn’t play well,” said Woods, who was outside of the top 80 players in the 125-man field when the round was completed. “Just one of those things where I just didn’t hit any good shots and didn’t make any putts. Other than that, added up to a round that broke 80.”

Woods’ self-deprecating assessment left little room for the good stuff, which was plenty of solid tee shots and the chance to play from the fairway most of the time.

But his wedge game was poor — a common issue when he is off this year — and he didn’t putt well, including a botched 3-footer for par on the third hole (his 12th) followed by a missed birdie putt from 5 feet at No. 4.

He took 30 putts for the round after hitting 10 greens in regulation.

Playing for the first time since missing the cut at The Open last month, Woods also began the tournament after taking a cautious approach to the pro-am Wednesday, when he hit a limited number of shots due to lower back stiffness.

For the most part, those issues seemed to be missing Thursday, but on a benign golf course made soft by rain, with no wind and warm temperatures, Woods was unable to take advantage and found himself a whopping 13 shots behind leader Troy Merritt, who shot a 62.

Much of Woods’ issues seemed to be due to rust, which raises the question as to whether or not he’s been able — or willing — to practice much in the two-plus weeks since he left Northern Ireland.

His first bogey, on the 12th hole, came when he missed the green with a wedge from under 140 yards, finding a bunker and then blasting through the green. After a two-putt birdie at the 13th hole, Woods misfired from short range at the par-3 14th, pulling a short iron shot into a hazard and making a double-bogey. A missed fairway led to a bogey at the 15th and he added another at the 17th for a first-nine 39.

After finally hitting a wedge shot close for a birdie at the first hole, Woods couldn’t get a birdie to drop at No. 2, then three-putted the third. He made a birdie at the par-5 sixth and with a chance to get the round back to a respectable 2 over, he only managed to par the par-5 eighth and bogeyed the ninth after a perfect drive.

“It just feels frustrating to shoot anything high, no matter how I feel,” Woods said. “I knew today with an early tee time, we had the perfect greens, and had to go out there and shoot something under par and get it going. Had to be, 4-, 5-, 6-under par today. I went the other way with it.”

And he may be headed home as early as Friday. Woods is now in danger of missing a cut for the third time this year. The top 70 and ties advance to the weekend, and he’ll need to make up a lot of ground Friday.

If he doesn’t, Woods is in danger of falling outside of the top 30 in the FedEx Cup standings. He entered the week 28th and will make it to next week’s BMW Championship for the top 70. But then getting back to East Lake where he posted his 80th career PGA Tour title last year at the Tour Championship becomes more problematic.

There is no cut at the BMW, but Woods will need to have a decent week to assure himself of a trip to Atlanta.