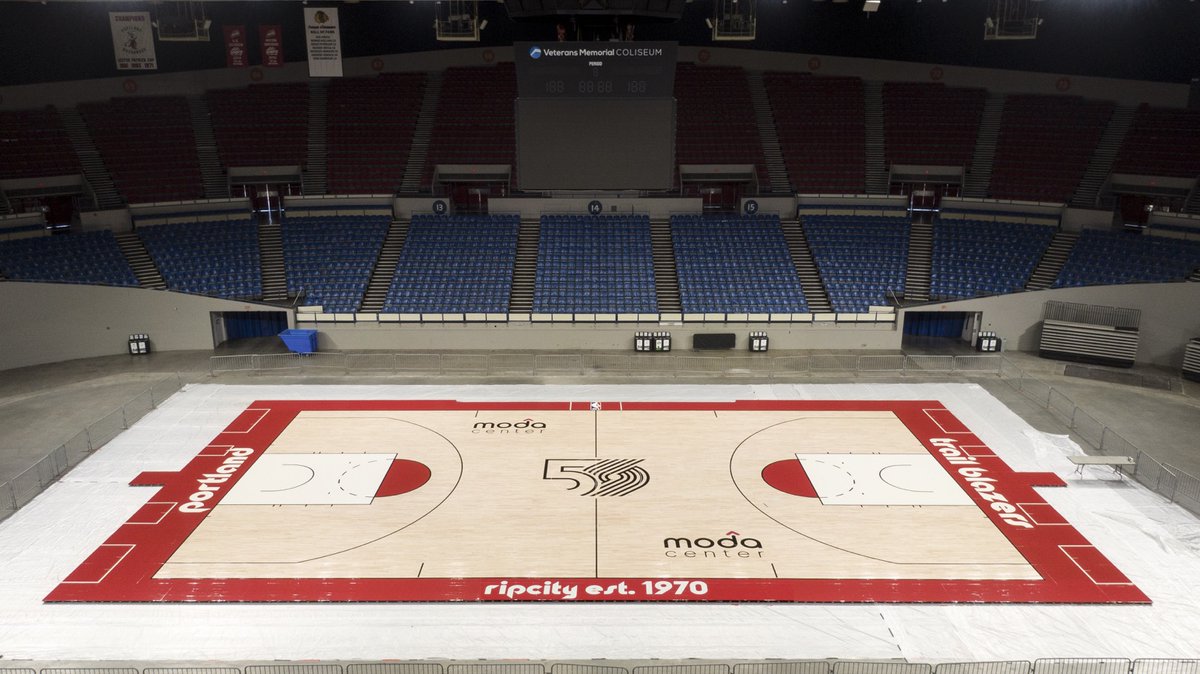 The release of the 2019-20 regular season schedule was the dominant story in the NBA on Monday but, by the evening, the Portland Trail Blazers made intriguing news of their own. Fresh off a 53-win campaign that ended with a trip to the Western Conference Finals a season ago, the Blazers will commemorate their 50th anniversary season in Portland with a brand new court.

The floor design, which has a nostalgic throwback feel, will be used for the team’s entire 41-game home slate. As you can see, there is an explicit nod to 1970 when the team kicked things off in Portland and center court has a “50” reference. Beyond that, “Rip City” makes an appearance and there is a clean, distinctive look in play.

As part of the release, the Blazers presented a video of the makeover effort.

A special court for a special season. pic.twitter.com/Qq9SABbJkx

Portland opens its preseason slate on Oct. 8 against the Denver Nuggets at Veteran’s Memorial Coliseum before the regular season begins for the team with a nationally televised clash against Denver on Oct. 23. When things get underway, there will be a new look under the feet of Damian Lillard, CJ McCollum and company, and if the release is any indication, positive reviews will surround the unveiling.