That other Houston-Washington game: Everything to know from a 317-point night 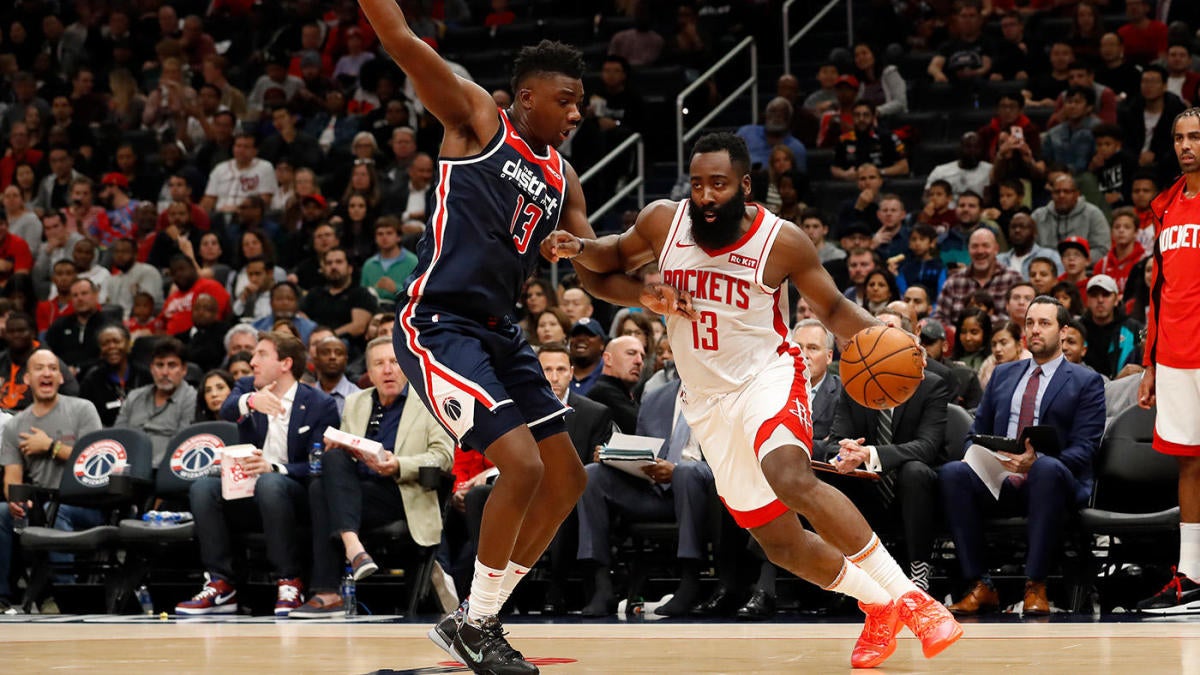 While the Houston Astros and Washington Nationals were staging an epic World Series Game 7 in Houston, the Houston Rockets and Washington Wizards were playing one of the most incredible NBA games in recent memory, packed with enough historic milestones to fill a record book.

In the end, James Harden‘s 59 points turned out to be just enough to lift the Rockets to a 159-158 victory on a night that few who witnessed the action will ever forget. Here are the stats, facts and figures you need to know.

It’s not often that you see a team score 158 points in regulation and lose. In fact, prior to Wednesday, it had happened exactly once in NBA history: Nov. 2, 1990, when the Paul Westhead-coached Denver Nuggets fell to the Run-TMC Golden State Warriors 162-158.

The two teams combined for 89 points in the fourth quarter, the most in a fourth quarter since the Pacers and Celtics put up 90 on April 11, 1994. The Wizards led by 12 with 7:53 left, and the Rockets proceeded to outscore them 38-25 down the stretch. Harden and Russell Westbrook combined for more points (27) than the entire Wizards team in that span.

Oh, and for the gamblers in the audience, the over/under for the game was 234. Washington and Houston cleared that by 84 points.

Although his missed free throw with 2.2 seconds remaining left him one point shy of 60 — and snapped a streak of 38 consecutive made free throws — Harden completed his 19th career 50-point game. Only Wilt Chamberlain (118), Michael Jordan (25) and Kobe Bryant (25) have more. Harden has 10 50-point games since the start of last season; no other player has more than two.

Harden also continues to do his best work on the road. This was his third career 55-point game away from home, tied for third-most in NBA history, behind only that of Chamberlain (31) and Jordan (4).

Russell Westbrook drives and scores through contact at the rim, then converts at the line to give the Rockets a lead late.

While James Harden was getting buckets, Russell Westbrook messed around and got a triple-double … again. It’s the 140th of his career, second only to Oscar Robertson’s tally. Westbrook has racked up 103 of those since the start of the 2016-17 season. That’s more than the next three players on the list — LeBron James (39), Harden (33), Nikola Jokic (30) — have combined in that span.

Westbrook and Harden also combined to make some history. According to the Elias Sports Bureau, Harden’s 59 points were the fourth-most in a game in which a teammate had a triple-double. The players ahead of him? Wilt Chamberlain (twice) and Elgin Baylor. The NBA hadn’t seen a game like this since 1969.

Harden and Westbrook scored or assisted on 128 of the Rockets’ 159 points.

Beal lays it in at the buzzer

Bradley Beal corrals a tipped pass and scoops it home at the buzzer to give the Wizards a 77-76 lead at halftime.

The Wizards’ lone star did everything he could to lead Washington to a win but came up just short, finishing with 46 points, six rebounds and eight assists. Coincidentally, the most recent player to have at least 45 points in a game in which an opponent had 55 was also a Wizard. Gilbert Arenas dropped 45 against Kobe Bryant, who had 60, on Dec. 17, 2006. However, on that night, the Arenas-led Wizards came away with a victory.

This was Beal’s third career game with at least 45 points, tied for fifth in Washington history. The player he’s tied with? Michael Jordan.