Team USA stunned by France at the FIBA World Cup, fails to medal for first time since 2002 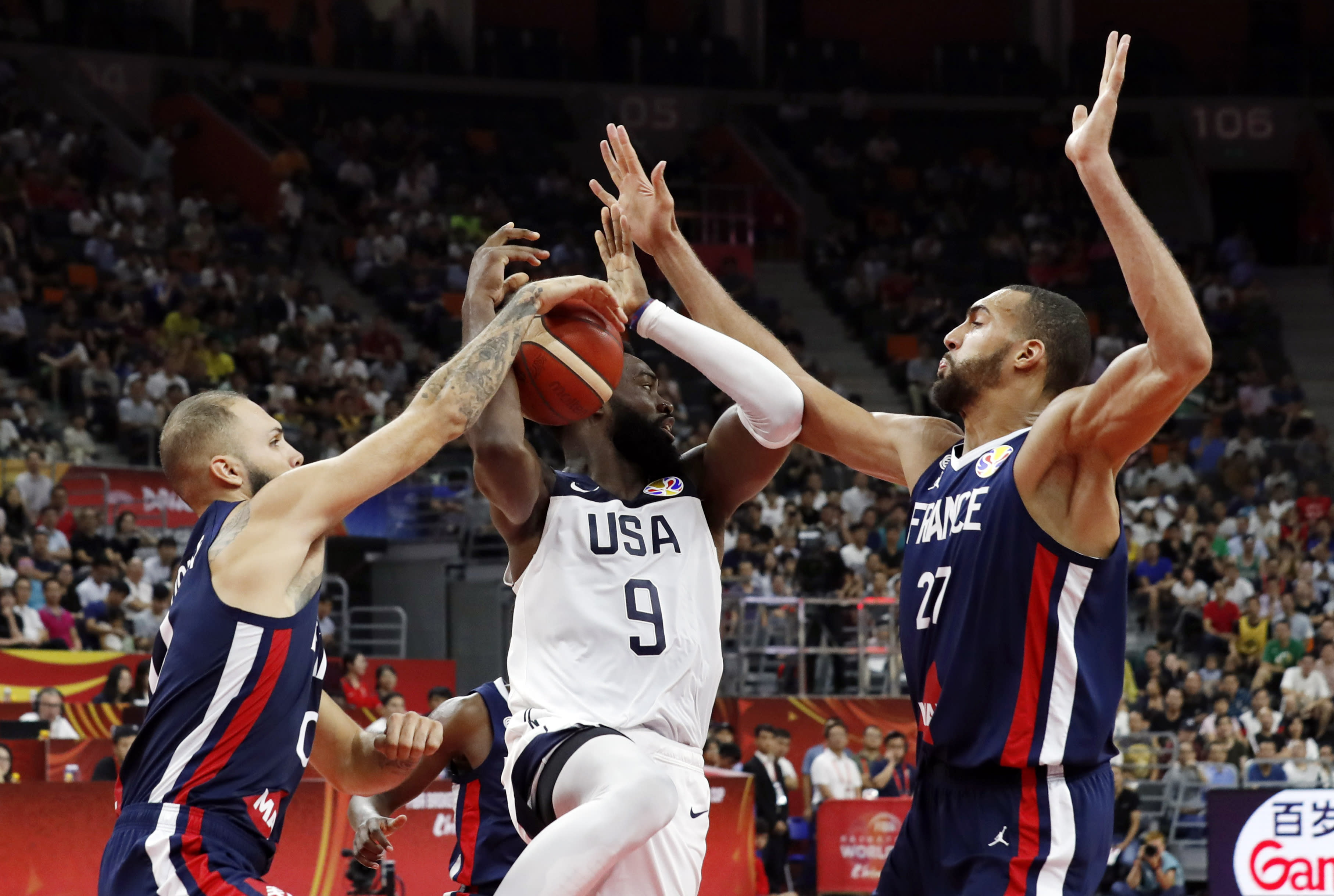 The U.S. men’s national basketball team will not medal in a major international competition for the first time since the 2002 FIBA World Championship, when an embarrassing performance inevitably led to a complete revamping of the program.

The U.S. had no answer for Gobert, the All-NBA center for the Utah Jazz who amassed 21 points and 16 rebounds while commanding the paint. Fournier added 21 points and seemingly ended every Team USA run with a clutch perimeter shot.

The U.S. will face fellow upset victim Serbia in Thursday’s fifth-place consolation game. France advances to play Argentina in the semifinals on Friday. Spain awaits the winner of Wednesday’s Australia-Czech Republic game in the other semifinal.

Gobert’s Jazz teammate, Donovan Mitchell, was spectacular for Team USA, posting game highs of 29 points (on 12-of-23 shooting) and four assists, with six rebounds. His teammates shot a combined 40 percent from the field. Trailing for much of the game, the U.S. rode Mitchell to a second-half comeback, even taking a 74-67 lead in the final eight minutes. But France answered with a 15-2 run that all but ended Team USA’s hopes of advancing after five straight victories to open the tournament.

Team USA inexplicably stopped feeding Mitchell in the fourth quarter, instead handing the closing reigns to All-Star point guard Kemba Walker, who was in the midst of his worst game of the tournament. Walker finished 2-for-9 from the field. His Celtics teammate, Marcus Smart, also missed four crucial free throws down the stretch. Celtics forward Jayson Tatum missed the game with an ankle injury.

Tatum’s absence is no excuse for the loss, nor is the exodus of superstar talent. The Americans were abused in the pick and roll by French ball-handlers Fournier and Nando De Colo (18 points), along with Gobert, and their ill-preparedness for that scenario — both by roster-building and execution — cost them a medal.

This is was not an unforeseen upset or an embarrassment on par with 2002 or 2004, as several rival countries are filled with NBA talent. It is still a disappointment. American superstars will likely return for the 2020 Tokyo Olympics, but it will be interesting to see if this becomes a World Cup trend or whether USA Basketball again responds to its first major tournament loss since the 2004 Athens Olympics.