Surprised by the Rays? You shouldn’t be 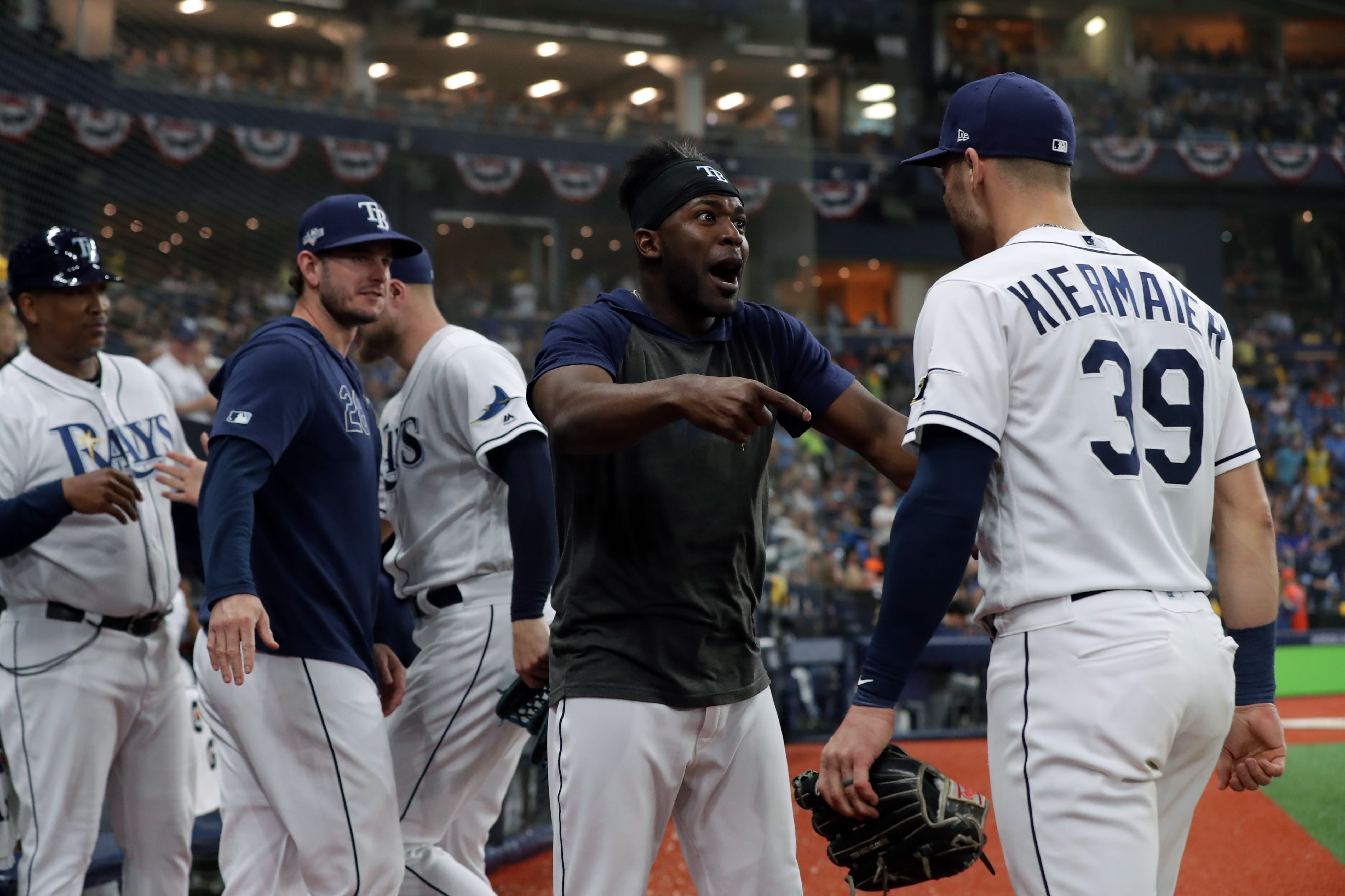 The Rays have pushed the Astros to a Game 5 and are ready to shock the world. (Photo by Mike Carlson/MLB Photos via Getty Images)

It wasn’t supposed to be like this. Winning the American League wild-card game was supposed to be an invitation for the Tampa Bay Rays to get walloped by the World Series favorite Houston Astros.

This American League Division Series — which the Rays have now extended to five games with a decisive 4-1 win Tuesday night — was supposed to be a formality. The Rays would be a footnote on another Astros World Series appearance. Hosting two games at Tropicana Field instead of getting swept by Houston seemed like a moral victory, particularly when they opposed Justin Verlander in Game 4, one of the elite pitchers in baseball who actually seems bulletproof in the postseason.

Well, there was the way it was supposed to be … and then there’s what actually happened.

The Rays won again. Handily at that. Their home fans, often a punchline in the regular season because of all the empty seats, showed up in full force. The Rays struck early, knocking Verlander out of the game before the fifth inning. They used a parade of pitchers, most of them you’ve never heard of, to silence the powerful Astros bats. They didn’t just eke out a victory. They triumphed playing their way, as unconventional as it might be sometimes.

You might be wondering who the heck are these upstart Rays that have pushed the Astros to their limit. If you asked them, they’d tell you you weren’t paying attention for the past six months.

They won 96 games, enough to win divisions in other seasons. They were the best team in baseball early in the year. They don’t have any stars, but they string together hits and have a seemingly never-ending line of pitchers who simply get outs.

Now people are noticing. The Astros sure are.

“About time,” Tommy Pham, who hit the first-inning homer that got The Trop rocking and Verlander teetering, told reporters after the game. “Because we have a really good team over here. And to win 96 games in this division with New York and Boston is an impressive feat. And all year we’ve been getting talked down. And now with the last two games, the way we played, the whole world has seen how good of a team we are and how well-rounded we are.”

These Rays ranked last of all the teams in the postseason in home runs, but have hit more than any other team in October thus far. A small-sample size, sure, but the only sample size that matters this time of year. They’ve outscored the mighty Astros 17-13 through four games.

The Astros haven’t had a lead since Jose Altuve homered in the first inning of Game 3, which amounts of 17 straight innings of the Rays winning. They’ll need nine more, against possible AL Cy Young winner Gerrit Cole no less, but at this point, doubting the Rays seems like a fool’s stance.

“We’ve known how good we are,” Rays pitcher Blake Snell told The Athletic on Tuesday night. “A lot of people have slept on that. But that’s what makes us, us. Everyone believes in each other. We love each other. We know we can win these ballgames and play with the best.”

They play their own way. They have a few very good starting pitchers, but when they feel like they’re better suited for it — like Tuesday night’s game — they lean on the “opener” strategy that they were the innovators of last year. And they’re not afraid to use their best reliever in the fourth inning and use their reigning Cy Young winner in the ninth. Both of which happened in Game 4.

They execute. Take the picture-perfect, fourth-inning relay from the centerfield wall that cut down Jose Altuve at home plate and squashed an Astros rally before it could start. It was just well-executed baseball — the type of play this team rallies around.

It wasn’t supposed to be like this. Not for most of the Rays players either. Pham came up with the St. Louis Cardinals but they traded him to the Rays. Tyler Glasnow and Austin Meadows were top prospects for the Pirates whose stock had fizzled a bit before they were traded for Chris Archer, a move that looks more and more like a heist every day. Ji-Man Choi played for three other teams before this, including the Yankees. Travis d’Arnaud played for three teams this *season*, which would seem like a lot if Oliver Drake hadn’t played for six different organizations in the past 18 months.

Their best player — Snell, the reigning Cy Young winner — was hurt most of the year. Their Game 4 starter was a relief pitcher who, because of the Rays’ non-traditional approach, finished 18 games this year, started six and pitched in a total of 65. We’re talking about a team whose No. 9 hitter is hitting .500 in the series with homers in the past two games.

This is a crew of cast-offs and players deemed not-quite-good-enough by other teams. Just don’t tell them that.

“There’s been people before this series started, talking about David and Goliath,” Rays outfielder Kevin Kiermaier told Fox Sports after the game. “And I’m sitting here saying, look I understand they’re really good on paper and we might be the team that’s not as appealing as them, but don’t ever count us out.”

Sometimes you learn these things the hard way.