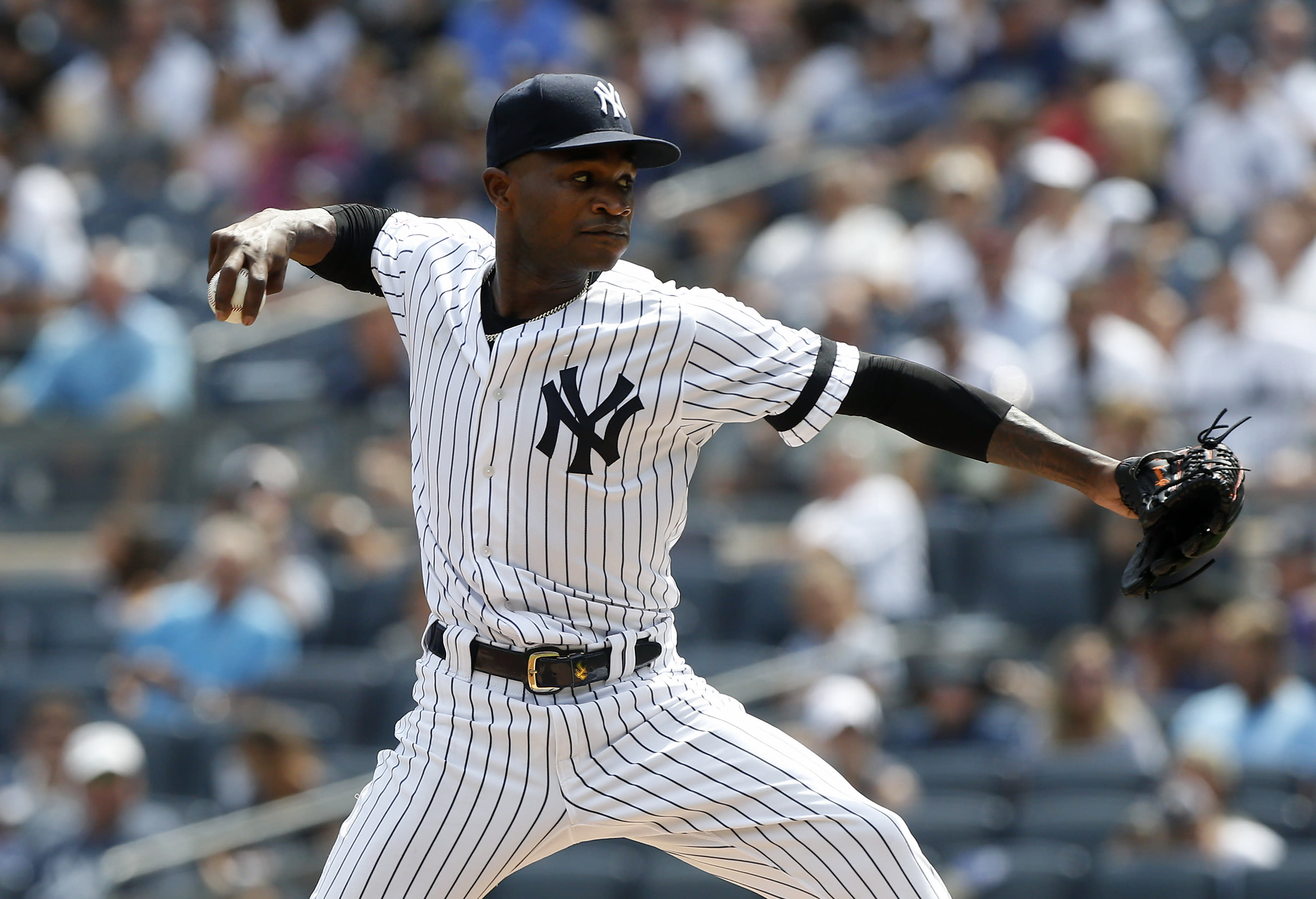 New York Yankees pitcher Domingo Germán will miss the first 63 games of the 2020 season as part of an 81-game suspension for violating Major League Baseball’s domestic violence policy, according to league sources. The ban is retroactive to Sept. 19 when he was placed on administrative leave for an incident that occurred earlier that week.

The 27-year-old Germán allegedly slapped his girlfriend, mother of at least one of his children, following CC Sabathia’s charity gala on Sept. 16. There were conflicting reports at the time regarding where the incident took place and who witnessed it — specifically whether it was a member of the commissioner’s office who saw the altercation take place.

There were no criminal charges brought against Germán, and the 81-game suspension is the longest MLB has levied under this policy in the absence of formal charges in the legal system, eclipsing Addison Russell‘s 40-game suspension in 2018. (Several players have had charges dropped.) San Francisco Giants executive Larry Baer was also suspended for nearly four months this past season for a public altercation with his wife that did not result in any charges, though it’s worth noting that as an executive, Baer is not subject to the collective bargaining protections or the might of a union.

Despite the lack of a police report, the Major League Baseball Players Association did not contest the administrative leave. It is not expected to appeal the suspension, either.

Between the incident and MLB’s decision to place him on leave, Germán pitched 2 1/3 innings in relief on Sept. 18 as part of the Yankees’ postseason push, capping off a career-high 143 innings in 2019. The next day, he was placed on leave and the team clinched the division.

On Sept. 25, MLB and the union agreed to extend his administrative leave through the end of the season, including the postseason.

The nine regular-season games that Germán missed will count toward his suspension, as will the nine postseason games that the Yankees played during the ALDS and ALCS; leaving 63 games to be served at the start of 2020. He will likely have to return the portion of his $577,500 salary that he received during that leave.

Germán is the 12th player MLB has levied a suspension against under the policy. Currently, Pittsburgh Pirates reliever Felipe Vazquez, arrested on multiple charges of soliciting a 13-year-old girl, is on administrative leave and under investigation. Free-agent reliever Sam Dyson is also reportedly under investigation, although he has not missed any playing time as the investigation started in the offseason.

The 81-game suspension is the fourth-longest handed down under the policy. Then-Padres pitcher José Torres served 100 games in 2018, Phillies outfielder Odúbel Herrera served 85 games to finish the season last year, and the Braves’ Héctor Olivera served 82 games in 2016.