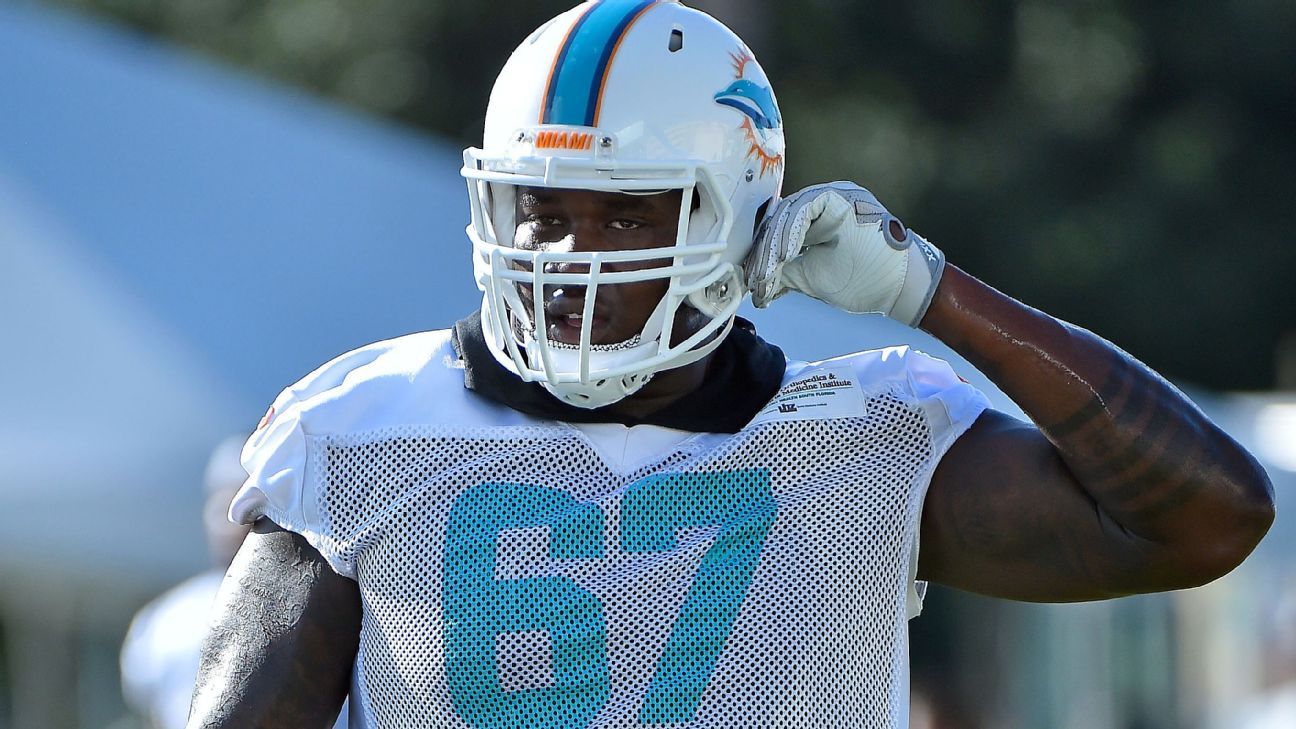 The Houston Texans have finalized a trade with the Miami Dolphins for left tackle Laremy Tunsil and wide receiver Kenny Stills, a source told ESPN’s Adam Schefter on Saturday.

Miami now will have two picks in each of the first three rounds of the 2020 NFL draft. Dolphins general manager Chris Grier has made it a priority to stockpile draft picks in 2020 and 2021 as the team, under new coach Brian Flores, tries to rebuild into a contender.

The Dolphins likely will be in prime position to draft their quarterback of the future at the top of the draft, be it by their own placement or by using their extra picks to trade up. Miami also is likely to have over $100 million in salary-cap space in 2020, which will make it aggressive in free agency.

Tunsil was a first-round draft pick (13th overall) of the Dolphins in 2016 and has started 44 games since. A cornerstone of their offense since being selected, the 25-year-old is coming off a strong 2018 campaign and is considered one of the best young left tackles in football.

Texans quarterback Deshaun Watson will be happy to have Tunsil protecting his blind side; last season, Houston’s 62 sacks allowed were the most by a playoff team since the 1999 Detroit Lions.

Miami exercised Tunsil’s 2020 fifth-year option, so he will be under contract for the Texans for the next two seasons. Miami had some contract conversations with Tunsil this offseason, but no significant progress was made.

Stills joins an already dynamic offense led by Watson and star receiver DeAndre Hopkins. Will Fuller and Keke Coutee also have had success but have missed significant time with injuries. Stills spent his first two seasons in New Orleans before playing for the Dolphins for the past four, during which he has totaled 2,566 yards and 24 touchdowns.

Stills was the Dolphins’ No.1 receiver and a captain last season. He has primarily functioned as a dynamic deep threat, but he has shown success making plays out of the slot.

Stills also has been at the forefront of the NFL player protest movement since 2016, as he brings awareness to social injustice, systematic oppression and police brutality by kneeling during the national anthem before every game.

Earlier this offseason, Stills called out Stephen Ross for “playing both sides” as the Dolphins owner hosted a fundraiser for President Donald Trump at his home while running a non-profit called RISE that aims to fight for equality and against racism. Stills also questioned how Jay-Z went about his social justice partnership with the NFL. One day later, Flores played eight consecutive Jay-Z songs at practice while media was watching in what he later said was an attempt to motivate Stills to perform better.

Stills was the Dolphins’ Walter Payton Man of the Year nominee for two consecutive seasons due to his work in the community. He regularly spent Tuesdays in under-resourced communities, often helping women, children, military veterans and with police-community relations.

Houston was busy on cut-down day Saturday. It acquired running back Carlos Hyde from the Kansas City Chiefs in a trade for guard Martinas Rankin. In another trade, it acquired second-year cornerback Keion Crossen from the New England Patriots, a source said. And star defensive end Jadeveon Clowney signed his franchise tender, which will enable the Texans to trade him to the Seahawks, a source said.

Information from ESPN’s Cameron Wolfe and ESPN Stats & Information was used in this report.