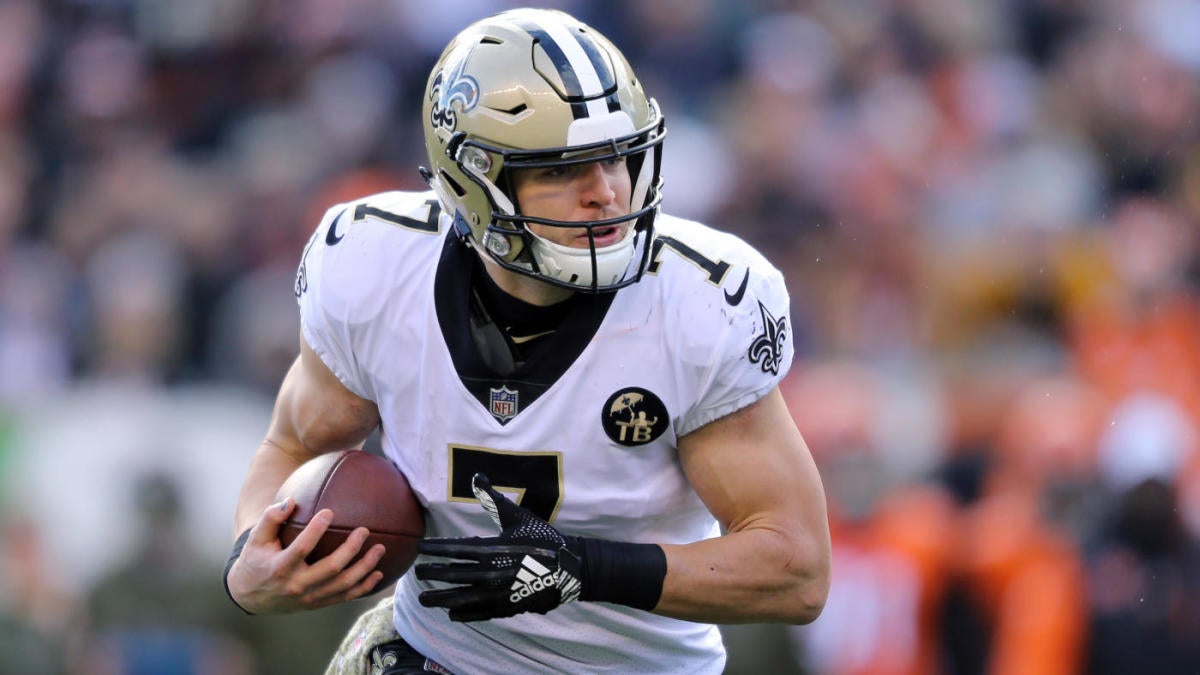 During Sunday’s CBS broadcast of the New Orleans Saints and Los Angeles Chargers, head coach Sean Payton was quoted comparing backup quarterback Taysom Hill to Steve Young. There’s more to the two than both quarterbacks playing for BYU in their collegiate careers.

Hill has displayed an eerily identical skill set to Young, as the Saints have used their No. 3 quarterback in various positions to create an added dynamic to their offense. Hill has lined up as a H-back, wide receiver and at quarterback, as Payton finds ways to give him playing time.

The San Francisco 49ers used Young with a similar skill set when he backed up Joe Montana. Prior to his San Francisco days, Young’s athleticism was vital for USFL’s Los Angeles Express as the signal-caller, becoming the first professional quarterback to throw for 300 yards and run for 100 yards in a game.

Hill isn’t on the career path Young faced in his early years, but Payton could see his No. 3 quarterback become that player in time.

“If you look back at Steve’s career and people do not remember his time before he came into the NFL, you had a very athletic player that I think advanced when he got to San Francisco and he always had great ability with his legs,” Payton said to media members Monday. “You’re trying to create visions for players no different than how you would evaluate, you know, how you see Teddy (Bridgewater) progressing, what he can be in and I think that that is the business we are in.

“I think that was something that as you began to watch his skill set you’re just trying to think of players that were similar at an early stage in your career.”

Hill is one of the most athletic quarterbacks in football, but he has also displayed his ability to throw this preseason. Rallying the Saints in the second half against the Chargers this past Sunday in Week 2 of the preseason, Hill finished 11-of-15 for 136 passing yards and two touchdowns for a 140.6 passer rating. He also led New Orleans with 55 yards rushing on four carries.

Hill led New Orleans on a nine-play, 50-yard scoring drive to give the Saints the lead for good in a 19-17 comeback victory. New Orleans trailed 17-16 before Hill went 2-for-2 for 24 yards passing on the winning drive that led to Wil Lutz’s 28-yard field goal with 1:08 left.

Payton is willing to continue his development of Hill as a quarterback, helping the Saints utilize more of his abilities when he’s in the game. The Saints may have their replacement to Brees when he decides to hang it up.

“That hasn’t changed,” Payton said. “Right now we just feel like as we continue to work on those skill sets, there’s other things that he’s able to do to help the team and he’s done those pretty well.”