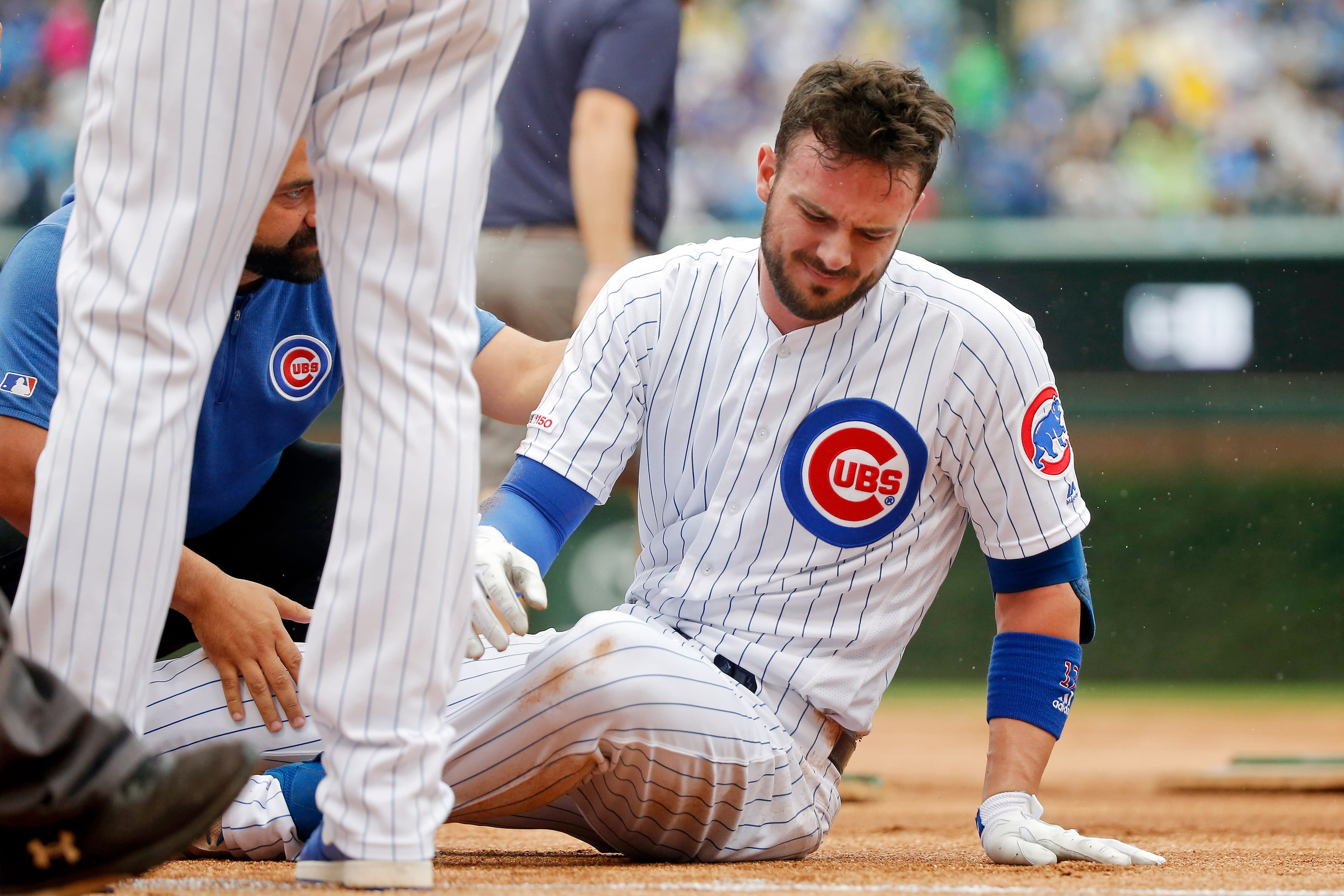 On Sunday, Chicago Cubs third baseman Kris Bryant had to be helped off the field after slipping off a bag while running out a play at first base against the St. Louis Cardinals.

He was diagnosed with an ankle sprain, with MRI results expected Tuesday to reveal the full extent of the injury.

On Monday, his agent Scott Boras blasted MLB for what he perceives as inaction over addressing the issue of wet bags as safety hazards for players.

Boras: MLB has ‘dropped the ball’

Bryant is the second former league MVP client of his to injure himself on a wet base after Bryce Harper suffered a hyperextended knee in 2017 when he slipped.

“What have they done since Harper?” Boras said Monday, per the Chicago Sun Times. “The answer is nothing. They’re focused on other factors, economic factors, all things relating to how they can administer the game, and yet the safety of players and resolution of this issue has gone without any attention.

“The integrity of our game is going to damaged when the safety of players is not at the forefront, and Major League Baseball has dropped the ball on the wet bag subject.”

Bryant rolled his ankle after his right foot slipped off the bag during Sunday’s game.

“To date no one has come up with a bag that has proven to be better safety-wise than the bag we use now,” the spokesman said.

Boras argued that MLB was guilty of inaction on the issues.

“The issue for me is they’ve done nothing,” Boras said. “They have completely skirted this issue. They had an MVP player having an MVP season dramatically get hurt and miss time. It affects playoff races and the entire safety of players, and the integrity of the game. When they are very diligent to get umpires and teams to play during rain, during precipitation, trying to get the games played.

“There’s been no discussion, no resolution, absolutely nothing done in this area except the player is to bear the burden of slippery and wet bags.”

The Cubs have lost six straight games and fallen four games behind in the NL wild card race. They’ll be without one of their best players as they seek a long-shot chance to make up ground in the final week of the season.