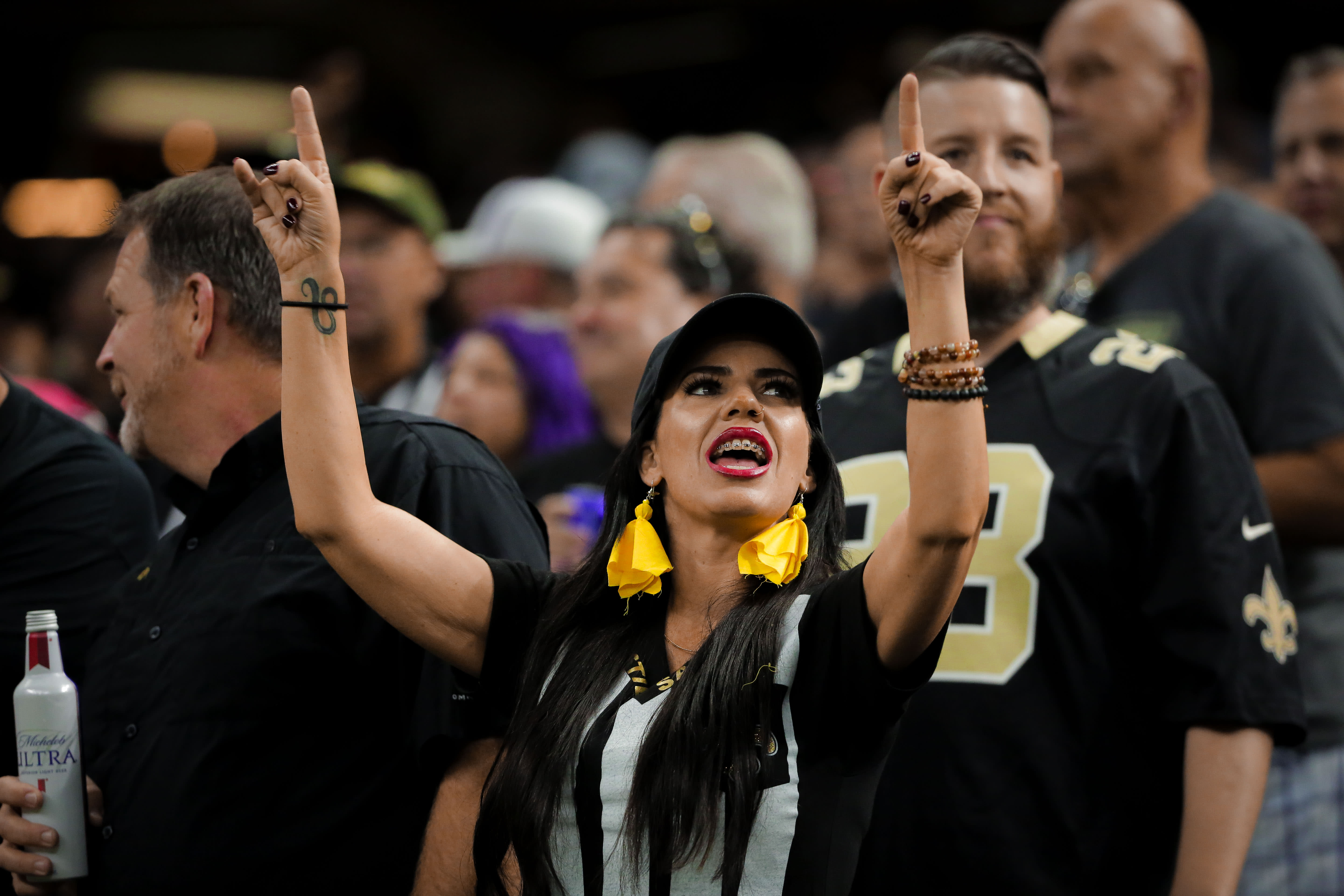 Remember the floundering ratings and alleged demise of the NFL? That seems a long time ago. (Reuters)

It seems not long ago that doomsayers were predicting the downfall of the NFL as ratings slumped amid tepid game action, leading some to blame political discourse for driving viewers away.

But all it took last season was a dash of Patrick Mahomes, a sprinkle of the Los Angeles Rams and New Orleans Saints and the league-villain New England Patriots keeping pace to get football fans back on the couch.

Ratings jumped five percent in 2018, and numbers from the league’s opening weekend point to another strong season in 2019.

Monday night’s thriller between the New Orleans Saints and Houston Texans was a hit, with ESPN announcing Tuesday that the 9.3 rating for that game spiked 24 percent from last year’s Monday night opener between the Detroit Lions and New York Jets.

The nightcap between the the Oakland Raiders and Denver Broncos did 10 percent better than last season’s tilt between the Raiders and Rams, garnering a 7.7 overnight rating.

Granted, it helps to not feature the Jets and Lions to open the season, but the combined ratings for both games were the best Week 1 “Monday Night Football” ratings since 2015, according to ESPN.

Saints fans not that mad

It turns out that the anger engulfing Saints fans over last year’s NFC championship debacle hasn’t diminished their interest in the game. The Saints’ 30-28 win over the Texans garnered a whopping 56.8 rating in New Orleans, compared to 25.9 in Houston.

As for an opening Sunday that mostly failed to deliver compelling action, ratings were roughly the same as 2018. Thursday’s clunker between the Chicago Bears and Green Bay Packers delivered the highest ratings in that time slot in three seasons.

It all adds up to a ratings win for the NFL, as fans appear as hungry as ever for the game.

The lesson here is simple, as the Saints-Texans drama indicates. Compelling drama keeps butts in seats.

As long as the games are good, nothing appears to stand in the way of the NFL ratings powerhouse. If we get more duds like Thursday’s 10-3 Packers win over the Bears, then the NFL might start to see a problem again.