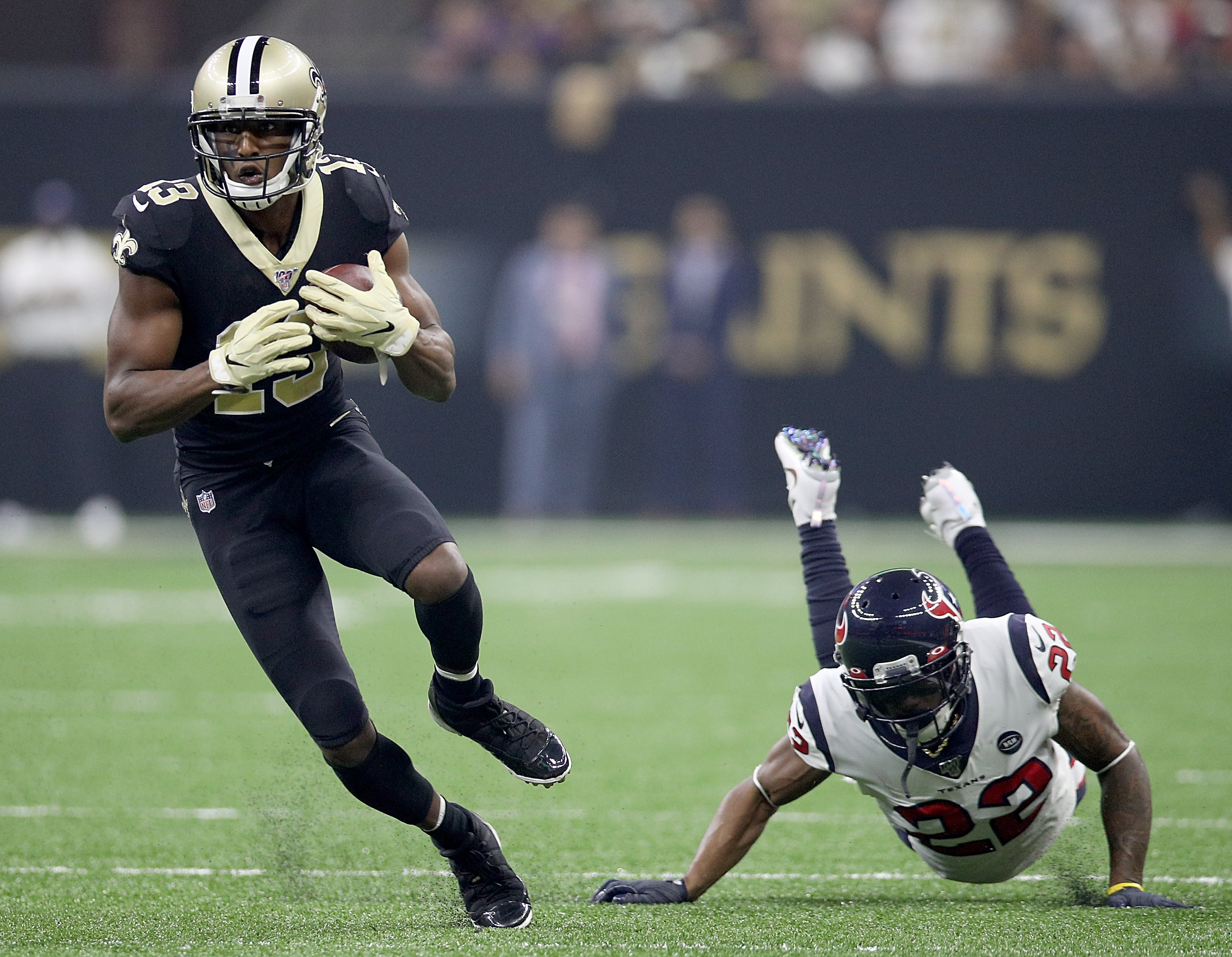 Aaron Colvin lost his job after a rough night against the Saints. (Getty)

Monday’s 30-28 loss to the New Orleans Saints was a heartbreaker for the Houston Texans.

For cornerback Aaron Colvin, it appears to have cost him his job.

The Texans released Colvin on Tuesday, according to ESPN and NFL Network, less than 24 hours after the Texans gave up 370 passing yards to Drew Brees and allowed the Saints to march downfield with 37 seconds remaining to set up Wil Lutz’s game-winning 58-yard field goal.

The Texans drew widespread criticism for the final play before Lutz’s field goal that saw their secondary line up in soft coverage, allowing Saints receiver Ted Ginn to run free underneath the coverage to gain the nine yards needed to set up the field goal.

I want to be sure I get the picture accurate. Here is the #Texans’ corner alignment on the play that gave up the yardage which allowed the field goal. Ted Ginn is in the slot. Why the corners aren’t in press with the safeties over the top, I’m not sure. pic.twitter.com/ktz2rI66bc

Ginn was lined up in the slot to the right of the formation in the image above. Colvin is the man in coverage lined up at the 41-yard line across from Ginn. It’s not clear if Colvin was instructed to line up that deep or made a mistake on the play.

Had a tough game all night

Regardless, according to NFL research, he had a rough night overall and was responsible for allowing 117 yards and a touchdown through the air.

Colvin signed a free agent deal with the Texans in 2018 worth $34 million with $18 million in guaranteed money.

He was due $7.5 million in salary this season — the second of his contract — which NFL Network reports was included in the guaranteed money.