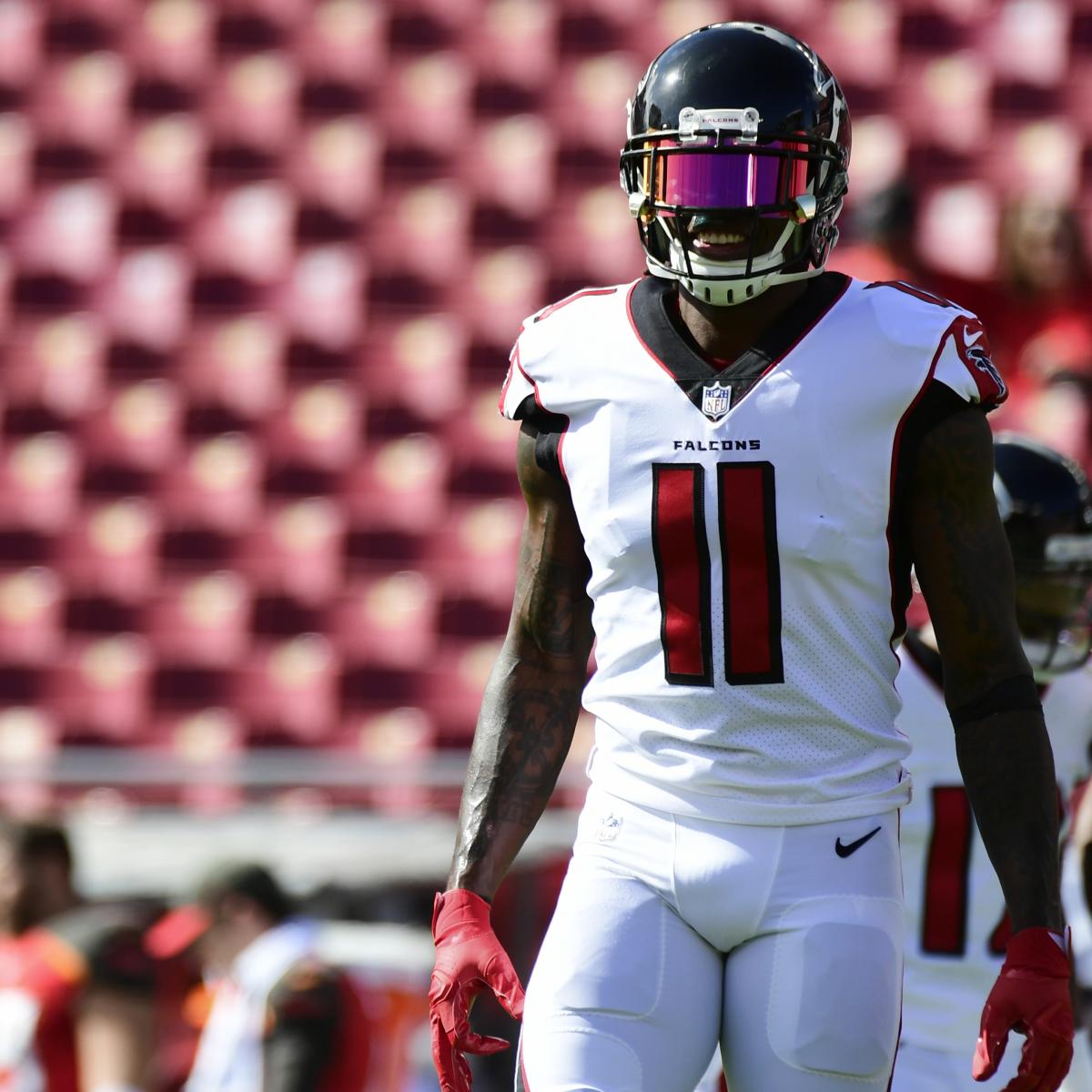 Julio Jones has been seeking a new contract throughout the offseason, but he still hasn’t agreed to a new deal with the Atlanta Falcons.

According to Mike Florio of Pro Football Talk, there is no extension on the table despite some believing the two sides had “quietly” agreed to a deal before it could become official. The team might have needed a full year before announcing a deal after renegotiating the receiver’s contract in July 2018, but that doesn’t appear to be the case.

As Florio noted, it’s now becoming a “problem” for the team because there’s only about $4 million remaining under the salary cap following the signing of kicker Matt Bryant.

Jones currently holds a cap hit of $13.5 million for 2019, but that ranks just 13th among receivers, per Spotrac. His average salary is about $5 million short of Michael Thomas as the highest-paid player in the NFL at his position.

Considering Jones has earned six Pro Bowl selections and led the NFL in receiving yards last year, it’s no wonder he is seeking a new deal despite having two more years remaining on his current one.

Still, the 30-year-old reported to camp without a holdout because of the promise from owner Arthur Blank that he’d get a new contract.

“Mr. Blank gave us his word,” Jones told TMZ Sports in July. “That’s golden. His word is that it’s going to get done. There’s no stress on my end. I’m not thinking about it.”

On the other hand, the owner seemed less sure of the situation as of last week.

“I would hope so, but I don’t know that,” Blank said of a new deal before Week 1, per D. Orlando Ledbetter of the Atlanta Journal-Constitution. “We’ll have to let things take their course.”

With funds running out, Jones might not get his wish before the start of the 2019 season.