Jadeveon Clowney Traded to Seahawks from Texans for 2 Players, Pick 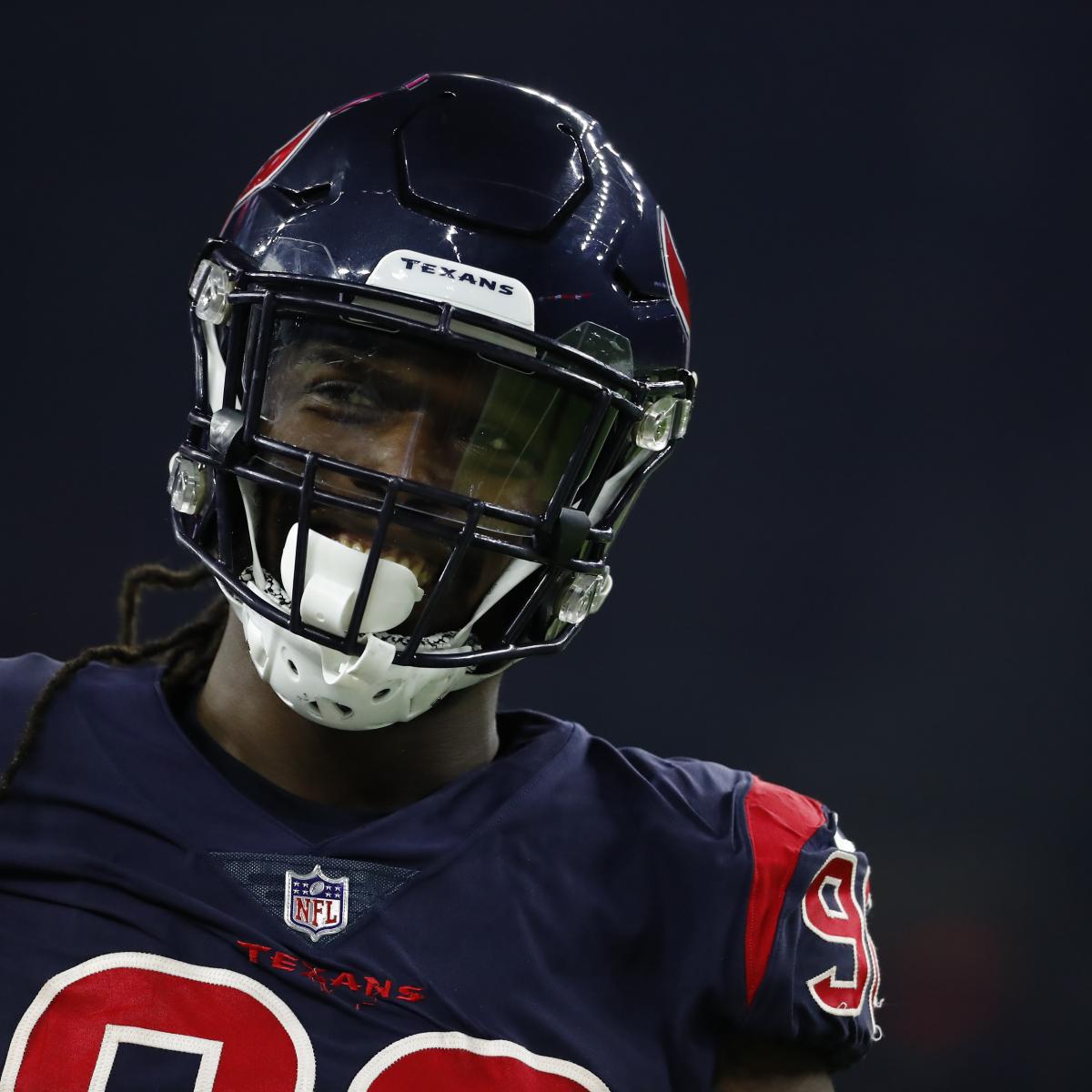 According to Aaron Wilson of the Houston Chronicle, the Texans will receive a third-round draft pick and two players. Albert Breer of The MMQB added that the pick is a 2020 selection and that both players are defensive.

The Texans used the franchise tag on Clowney earlier in the offseason, though the belief was that it would simply buy the team and the player more time to negotiate an extension. That kept him out of free agency, but the two sides couldn’t work out a deal, ultimately leading to Clowney skipping the team’s offseason conditioning program and missing the deadline for extensions.

Rather than elongate the stand-off, the Texans traded him.

The 26-year-old was excellent in 2018, registering 47 tackles, nine sacks, a forced fumble and three fumble recoveries. He earned a grade of 88.0 from Pro Football Focus, good for ninth among edge-rushers.

In his five-year career, Clowney has posted 205 tackles and 29 sacks, though injuries limited him to just four games in his rookie season and cost him five games between the 2015-16 campaigns. He’s only missed one game the past two seasons, though, pairing with J.J. Watt to give the Texans one of the league’s scariest front sevens.

“I think he’s a disruptive player,” head coach Bill O’Brien said after the season, per Sarah Barshop of ESPN.com. “Jadeveon is a big part of what we’ve done here. Like I always say, when he feels good, health-wise, and he’s ready to rock and roll, he’s hard to handle.”

It was expected that Clowney would be hard to handle in a Texans jersey for years to come. Instead, he’ll be terrorizing quarterbacks for Seattle after Saturday’s huge trade.

This was a big move for Seattle, giving it an edge-rusher replacement for Frank Clark after he was traded to the Kansas City Chiefs this offseason. And it was a big move for a defense that has lost some of its bite since the Legion of Boom days.

But with Clowney and linebacker Bobby Wagner, the Seahawks now have two game-changing talents on that side of the ball to start the season. And once Jarran Reed returns from his six-game suspension, they’ll have another dynamic player on the defensive line. Clowney’s addition was a key one for a Seattle team that has the look of a contender in the NFC.