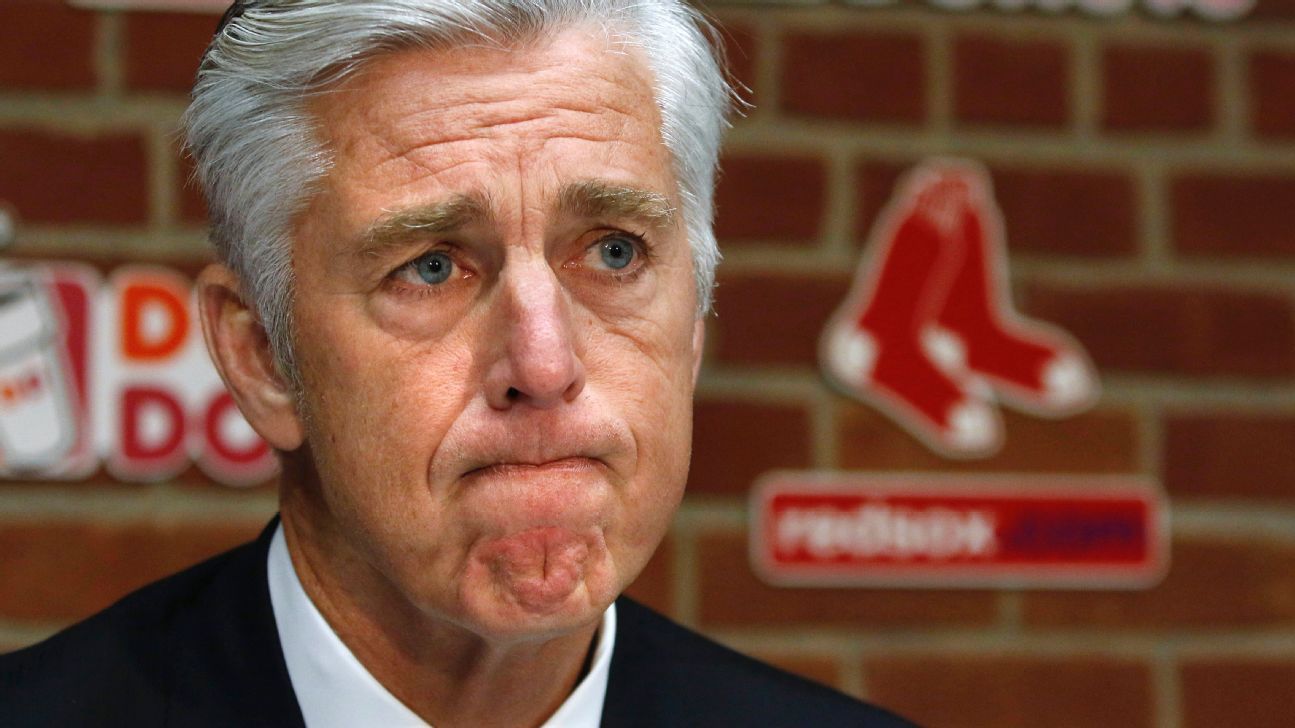 Dombrowski, 63, was the architect behind their 2018 World Series championship and had a contract that ran through the 2020 season. The Red Sox are in the midst of a disappointing season that has them eight games back of the second wild-card spot in the American League and 17½ games behind the first-place New York Yankees in the AL East.

While Dombrowski’s job security has been in question in recent weeks, the change is nevertheless a shocking about-face for an organization that less than a year ago was basking in the afterglow of a 108-win regular season and dominant run through the postseason that included a five-game World Series win against the Los Angeles Dodgers.

Dombrowski, who was hired in August 2015, had embraced the Red Sox’s championship-or-bust mandate and used the team’s ample farm system to acquire star players and build a go-for-broke major league roster. His hiring of Alex Cora as manager, trades for pitchers Chris Sale and Craig Kimbrel, and signings of J.D. Martinez and David Price supplemented a homegrown core to deliver the team’s fourth championship in 15 seasons.

It was not enough to keep his job. Despite returning almost all of the vital contributors to last season’s championship, Boston has stumbled through the 2019 season and is in a tenuous position going forward because of financial commitments made under Dombrowski.

The signing of Price has produced solid return but not the sort expected from a $217 million deal. He has $96 million remaining on the final three years of his contract. Sale, who is out for the remainder of the season with a left elbow issue, signed a five-year, $145 million contract extension in spring training that doesn’t begin until next season.

Dombrowski also gave $68 million to right-hander Nathan Eovaldi, who has struggled in his first season of the four-year deal.

The three will cost a combined $79 million in each of the next three seasons — years during which the Red Sox have other significant moves to consider.

Their franchise player, right fielder Mookie Betts, can hit free agency following the 2020 season. Martinez, a middle-of-the-lineup force for the last two seasons, can opt out of the final three years of his contract this winter.

At the same time, the Red Sox still are replete with talent across the diamond. Shortstop Xander Bogaerts is one of the game’s best and signed a very reasonable six-year, $120 million extension this spring that kicks in next season. Third baseman Rafael Devers is in the midst of a breakout year and is still just 22 years old.

With whom the Red Sox complement them is the question. Their farm system is considered among the thinnest in baseball, with scouts projecting few impact-type players.

Starter Rick Porcello, first basemen Steve Pearce and Mitch Moreland, and utilityman Brock Holt are among their free agents this winter, though arbitration raises for Betts and Jackie Bradley Jr. alongside the new contracts for Sale and Bogaerts would place their payroll at well over $200 million before making a move.

Problems with a $200 million payroll is baseball’s definition of a first-world problem, though it doesn’t lessen the difficulty of what Romero inherits — particularly with the possibility of trading Betts, who is expected to make well over $25 million in arbitration.

Romero has spent the majority of his 14 seasons with the Red Sox in international scouting, working his way up to a vice president role. He was named assistant GM in November.

The son of former Red Sox infielder Ed Romero, he is well-regarded and -respected in baseball circles as well as the Boston front office.