Rams tough defense too much for Baker’s Browns 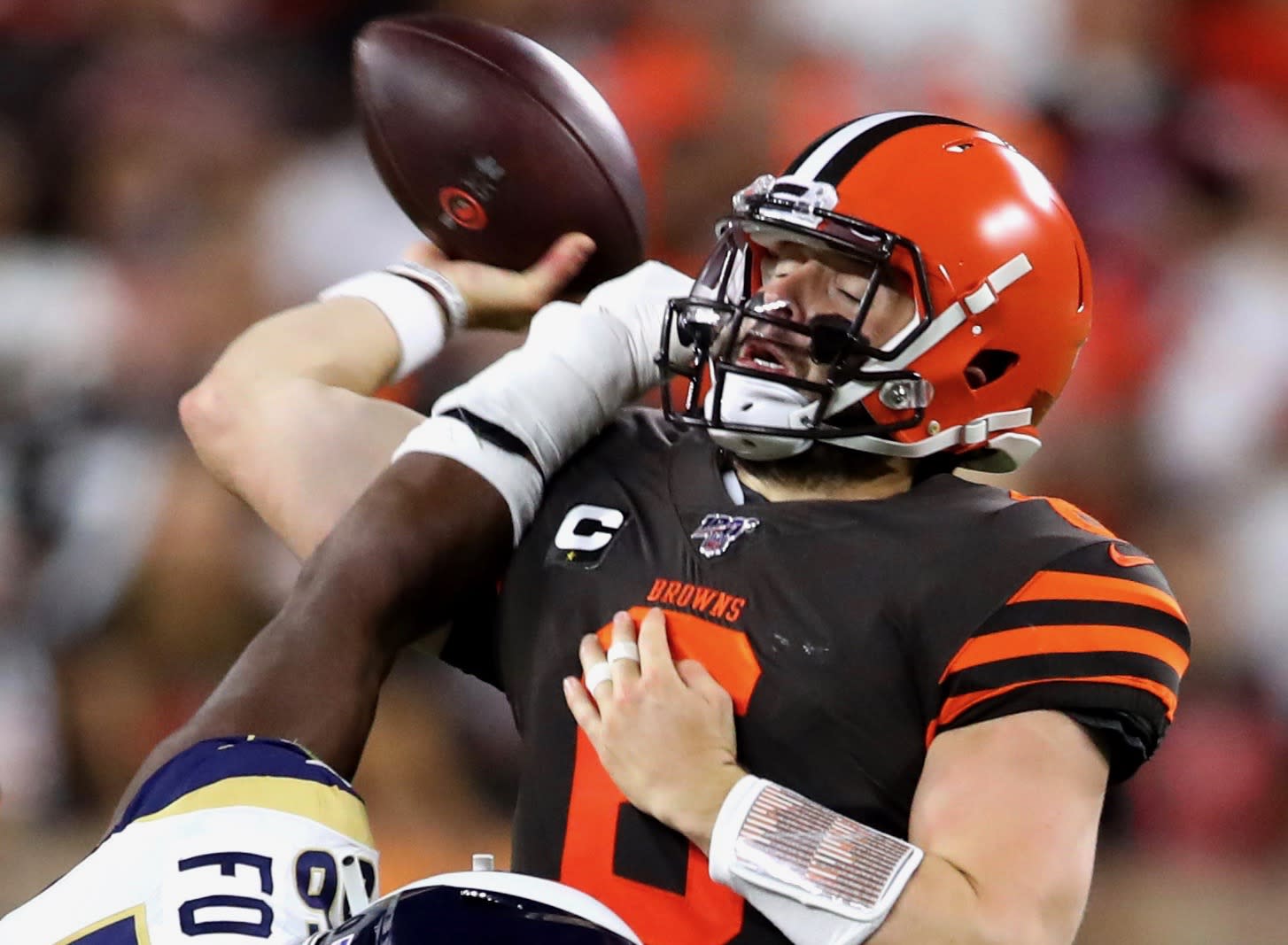 It’s time to worry about Baker Mayfield and the Browns offense. (Getty)

But they didn’t need to.

A pair of Cooper Kupp touchdowns and two Greg Zuerlein field goals were all they needed to score a 20-13 win against a stunted Browns offense that’s giving cause for concern in Cleveland.

Neither team could get anything going in the first half that saw the Browns outkick the Rams to take a 6-3 lead into halftime. But the Rams found a semblance of rhythm on offense in the second half while continuing to pressure and frustrate Baker Mayfield on defense.

Despite their struggles, the Browns found themselves with a chance to tie the game late thanks to a Juston Burris interception of Jared Goff with 2:54 remaining.

But the final Cleveland drive served as a microcosm of the night, as the Browns failed to capitalize on their late opportunity. Cleveland found itself in first-and-goal from the four-yard line, but failed to get into the end zone on four straight passes, sealing their loss and fall to 1-2 on the season.