Rams get shocked by Buccaneers, who put up franchise record for points in upset win 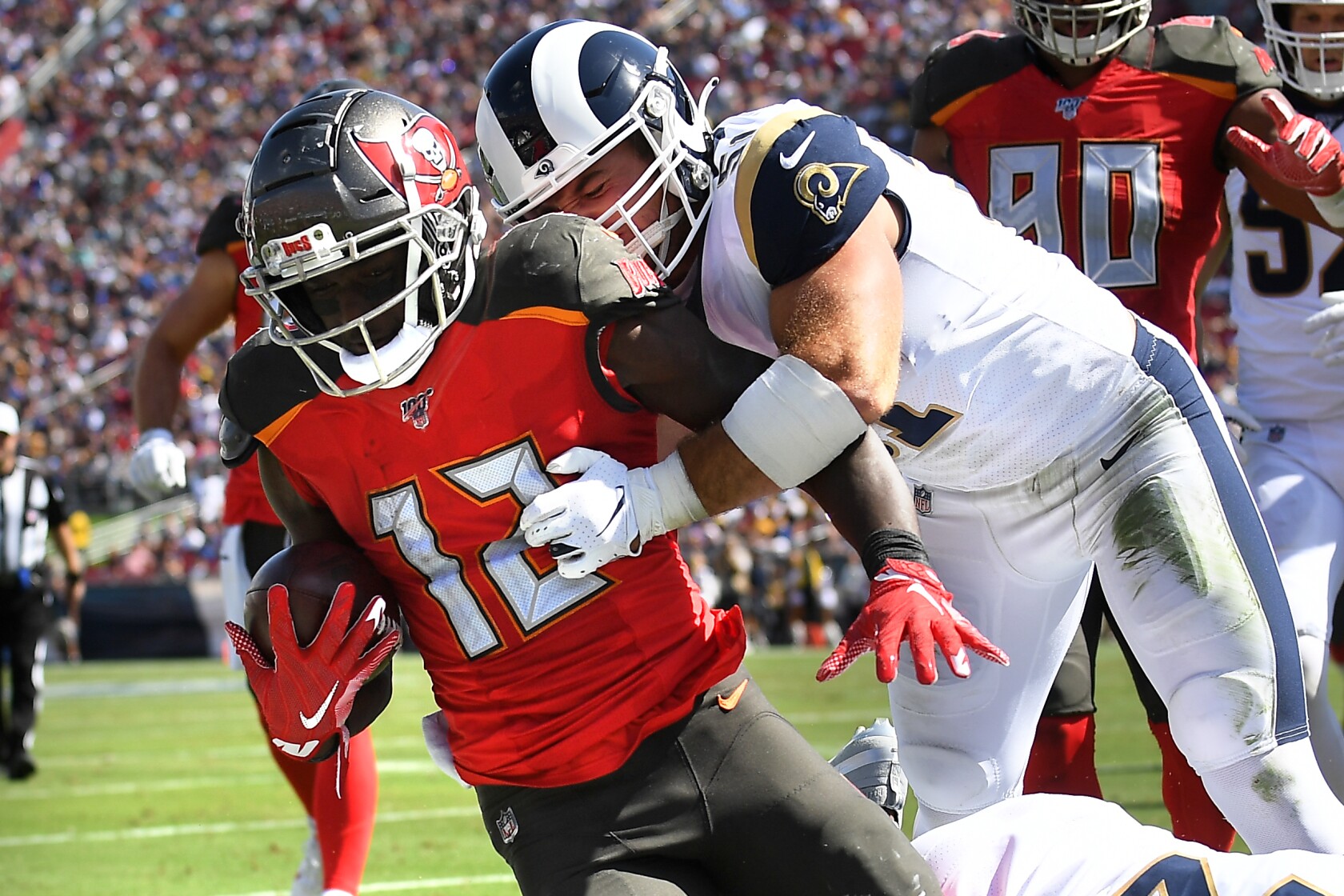 The Los Angeles Rams were 3-0 and while it’s hard to pick holes in that start, they didn’t look quite as dominant as last year’s NFC championship team.

On Sunday, they looked bad. At least on defense.

The Tampa Bay Buccaneers came into the Los Angeles Coliseum and had no trouble scoring on the Rams. Jameis Winston, whose up and down career has been well chronicled, destroyed the Rams defense. He had 385 yards and four touchdowns. Winston also kept the Rams in the game with a pick-six in the fourth quarter to Marcus Peters, because that’s what Winston does, but the Rams couldn’t get the stop they needed after that. The Buccaneers marched down for a field goal to take an eight-point lead.

Then former Ram Ndamukong Suh pounded the final nail in, scooping up a fumble on a strip-sack by Shaq Barrett and returning it 37 yards for a touchdown in the final two minutes. That gave the Buccaneers 55 points, the most in team history. The Buccaneers won 55-40.

It wasn’t a positive day for the Rams. Jared Goff didn’t look particularly good for most of the game though he padded his stats in the second half, Todd Gurley isn’t what he was and the defense got torched. The Rams are 3-1 but there’s a lot to be concerned about.

The Buccaneers started fast, with a 7-0 lead. It didn’t seem like that big of a deal. The Rams were expected to win big.

But it wasn’t just a slow start. Tampa Bay led 21-0 in the second quarter. Receiver Chris Godwin, who was questionable with a hip injury, played and was open all game.

The offense put up yards and points, but most of that came with a huge deficit. Goff missed a lot of throws early as the Bucs opened up a lead. Gurley was more involved in the passing game but was mostly invisible as a runner. And the defense came close to giving up 50 points at home.

Rams defense has a lot to work on

The Rams defense played well last week at Cleveland in a win. Maybe it was just a bad day against a Buccaneers offense that has a lot of talent and can explode for big plays. It just didn’t look good when Evans, Godwin and anyone else were running wide open most of the game, however.

The Rams are still doing just fine, even though Seattle tied them in the division and the idle 3-0 49ers lead the division by a half game. Unlike last season, it seems there will be a race in the NFC West. The Rams aren’t going to run away with anything.

Tampa Bay isn’t incapable. But it was shocking to see them move the ball with ease against the Rams defense. The Rams are still talented and well-coached and probably the favorite in the division. It just won’t be easy this time around.