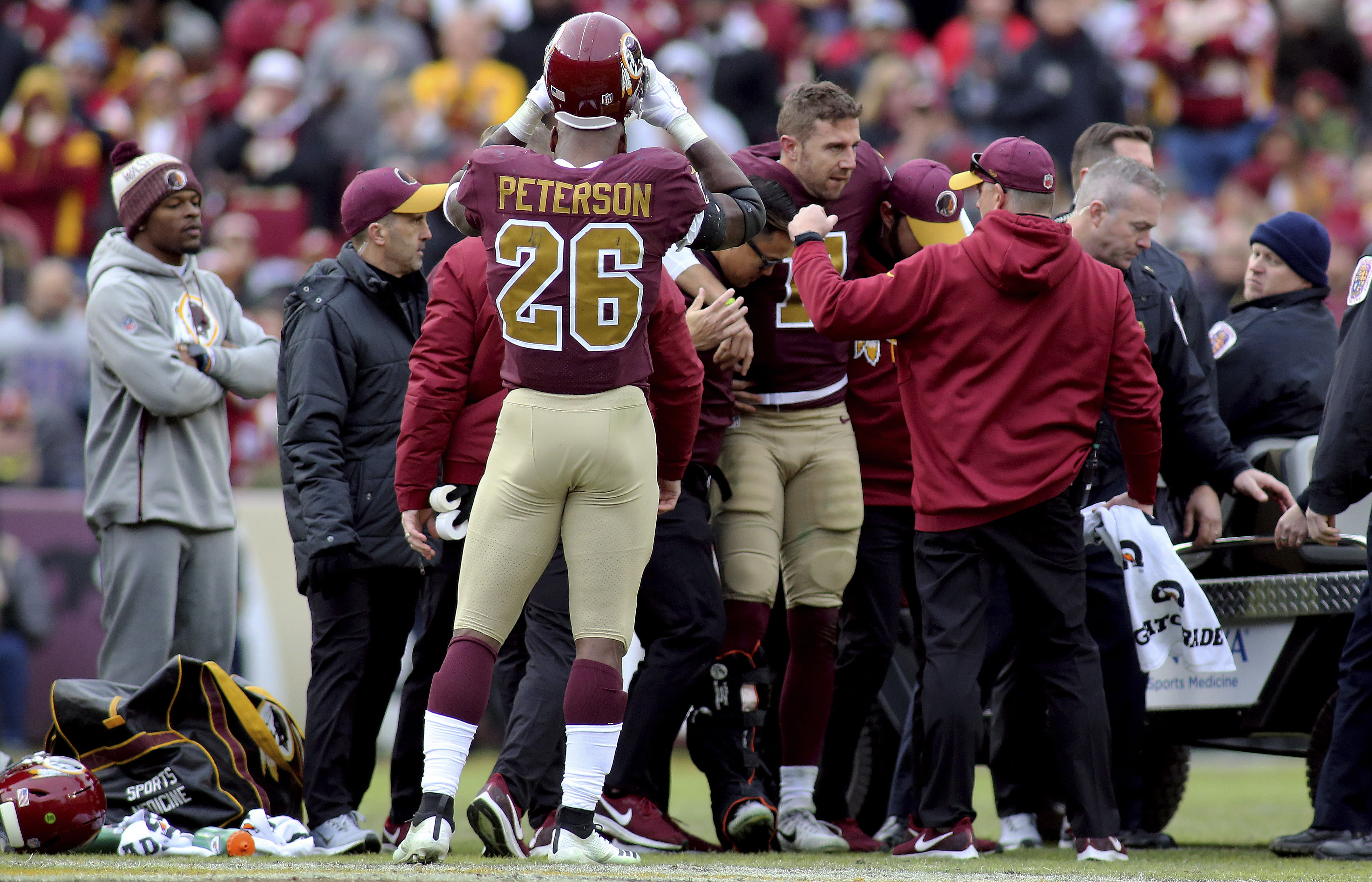 Washington quarterback Alex Smith, who suffered a devastating tibia and fibula fracture in 2018, has received clearance from his surgical team to return to full football activity.

Smith, who spoke to ESPN while filming an update for his E:60 documentary “Project 11,” is in the process of going through COVID-19 testing and expects to report Monday to the team’s facility, where he will undergo a team physical.

Once there, the team is expected to determine the next steps for Smith’s eventual participation in training camp.

Smith and his family spent the last few months in Hawaii, where he continued to train and prepare for the coming season. While he could sense that he was continuing to progress as far as his strength, conditioning and agility, it was impossible for him to know just how well the bone itself in his right leg was healing.

In an effort to answer that question, Smith underwent another round of imaging including X-rays and a CT scan upon returning home to Washington. His team of doctors, including orthopedic trauma surgeons Steve Malekzadeh and Michael Holtzman, plastic surgeon Vineet Mehan and head Washington team physician Robin West, as well as Dr. Joe Alderete from the Center for the Intrepid (who served as a consultant throughout Smith’s post-operative care), discussed the imaging results before meeting with Smith and his wife, Elizabeth, to share their findings.

“Everyone was in agreement that my bone was in a really good place,” Smith told ESPN. “I had healed a lot. They said that given the combination of the rod and where I was with the healing process, I had zero limitations and could even resume some football activities.

“To hear them say that from a life standpoint, they wouldn’t restrict me from doing anything — I could go skiing or snowboarding tomorrow if I wanted — then on top of that, to get the green light that I could practice, get contact, that I had healed up, that much was pretty wild to hear. I didn’t know if I would ever hear those words.”

The 36-year-old Smith, whose contract runs through 2022, acknowledged that this is just the first step, albeit a critical one, in the process of trying to return to football.

“For me, all eyes are on practice,” Smith said. “That’s the next step. I have to go prove to myself and certainly to everybody else that I can go practice.” Smith also touched on current issues the Washington franchise is facing, among them the team’s commitment to rebranding after dropping the “Redskins” nickname.

“As football players, you sign up to play football, you love it and everything that comes with it,” he said, “but the logo you wear on the side of your helmet, the name on the front of your jersey, it is a part of it. So I’m really proud of the organization for making a change, as I think all my teammates are. I am excited about new beginnings, excited about the new coaching staff, getting back to winning ways. But as I said, I’m proud of the organization for making the change.”

He also said that he was “embarrassed” and “disgusted” by the recent Washington Post report where 15 women accused team executives of sexual harassment.

“We’re football players, and out on the field but there are a lot of parts of the building that go into game day and a season and the whole business side of the building, and to hear that some of this had been going on, I certainly don’t think players ever knew about it, but it’s not something any of us are proud of and it needs to be changed,” Smith said. “I have a wife, a daughter, two sisters, and to ever think about something like that happening to them disgusts me and pisses me off so hopefully we get to where we need to be, an environment and a culture that’s acceptable for everybody and lets everybody thrive and is safe for everybody.”