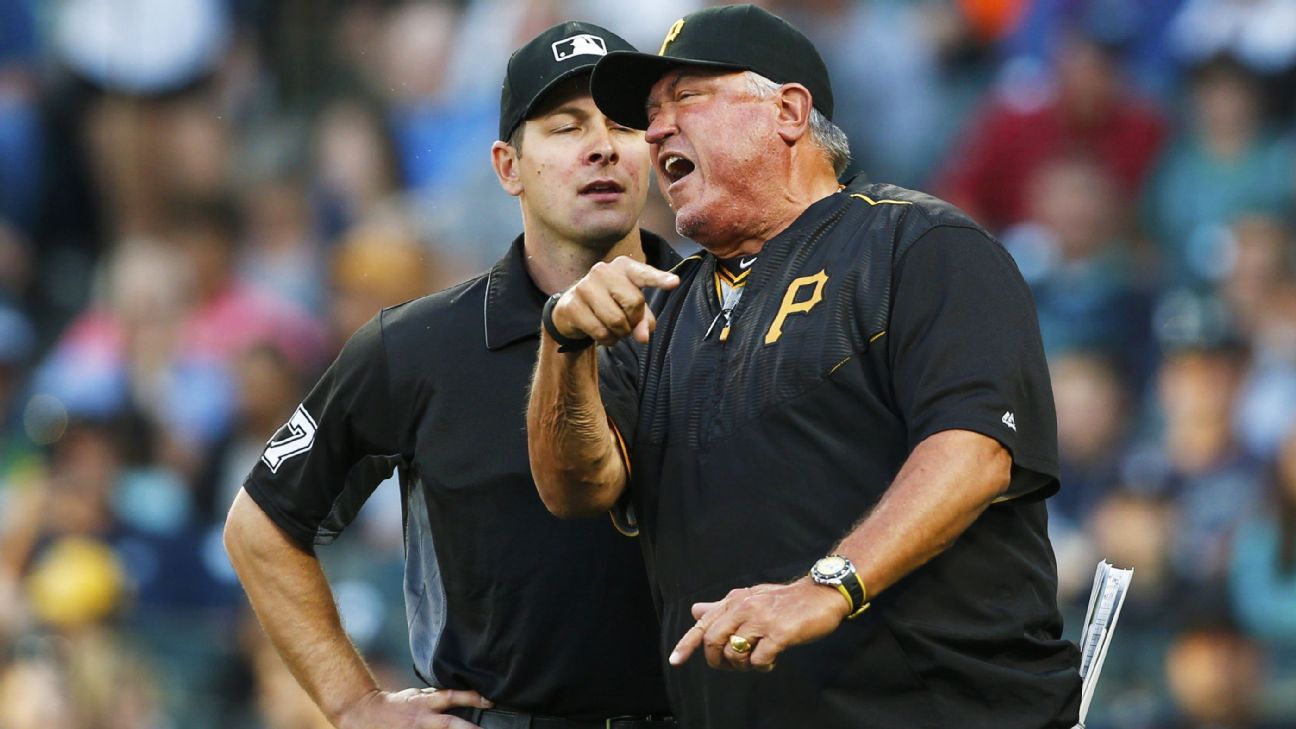 “Words cannot express how much respect and appreciation I have for Clint as a person and a leader,” general manager Neal Huntington said in a statement. “He was the right person at the right time to take on the enormous challenge of leading our Major League team out of an extended losing streak and piloting us to three straight Postseason appearances. We will be forever grateful for his dedication to the Pirates organization on and off the field. This was an extremely difficult decision for us. As an organization, we believe it was time for a managerial change to introduce a new voice and new leadership inside the clubhouse.

“This has been a challenging season on many levels. We are committed to assessing and improving upon our operations at all levels in order to return Postseason baseball to Pittsburgh.”

Huntington will not be fired, a source told ESPN’s Jeff Passan.

Hurdle had two years remaining on his contract. He had been the third-longest-tenured manager in the majors, behind only the retiring Bruce Bochy of the Giants and Ned Yost of the Royals.

Hired as manager in 2011, Hurdle led the Pirates to winning seasons in four of his nine years. They made the playoffs three times, the last coming in a 2015 NL wild card loss to the Cubs.

But Pittsburgh has hit a dry spell since, and bottomed out in 2019 as losses and a series of on- and off-field incidents piled up.

In early August, Hurdle was among eight suspended for his role in a benches-clearing brawl with the Reds sparked when Kela threw up and in at Cincinnati’s Derek Dietrich.

In September, Crick needed season-ending surgery on the index finger of his pitching hand after he was injured in a clubhouse fight with closer Felipe Vazquez. The following week, Vazquez was arrest on multiple felony charges, including sexual assault of a minor.

On the field, the results weren’t much better.

The Pirates were one game under .500 at the All-Star break, 2.5 games behind the first-place Cubs in the NL Central. But they proceeded to win just four of their next 28 games to plummet out of contention.

The 2018 trade deadline deal with the Rays for Chris Archer backfired. The right-hander is 6-12 with a 4.92 ERA since joining the Pirates, while two of the players acquired for him, outfielder Austin Meadows and pitcher Tyler Glasnow, have blossomed with Tampa Bay.

Not everything was Hurdle’s doing, but it was enough for him to be fired. He finishes with a 735-720-1 record over his nine seasons in Pittsburgh, winning 2013 NL Manager of the Year along the way.