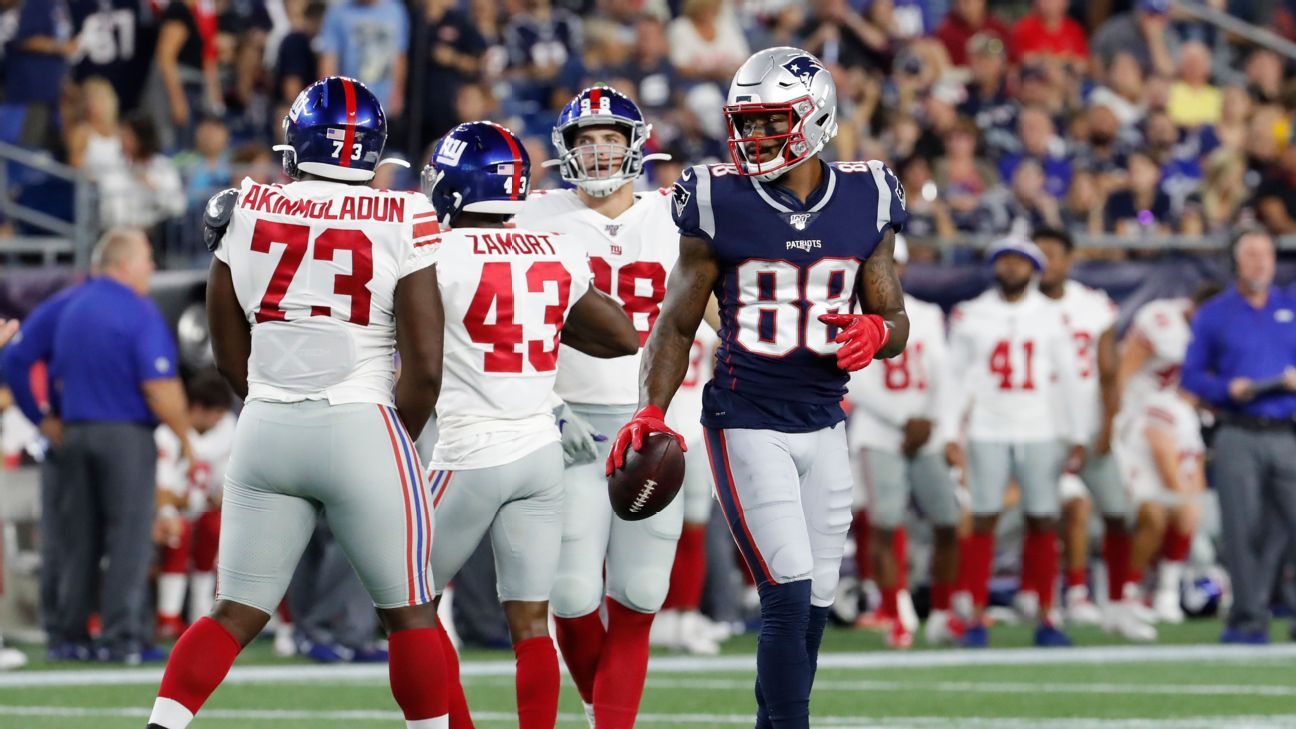 FOXBOROUGH, Mass. — In a move that might be procedural more than permanent, the New England Patriots released veteran receiver Demaryius Thomas on Saturday.

Because Thomas doesn’t have to clear waivers, and has expressed an interest in remaining in New England, the club can bring him back at any time, and there is an expectation that he is likely to return.

Releasing Thomas allows the Patriots to initially keep another player who otherwise would have had to clear waivers, such as undrafted rookie punt returner Gunner Olszewski, who had initially been told he would be waived Saturday before the club called him back and told him he had a spot.

Thomas, who had torn his Achilles in December, was activated off the physically unable to perform list on Aug. 20. He had seven catches for 87 yards and two touchdowns in Thursday’s preseason finale, which was his first game since the injury.

The Patriots might need Thomas as early as the Sept. 8 opener against the Pittsburgh Steelers, with first-round draft choice N’Keal Harry having been sidelined after hobbling off with an injury in the preseason opener.

The Patriots currently have Julian Edelman, Josh Gordon, Harry and Phillip Dorsett as their top receivers.