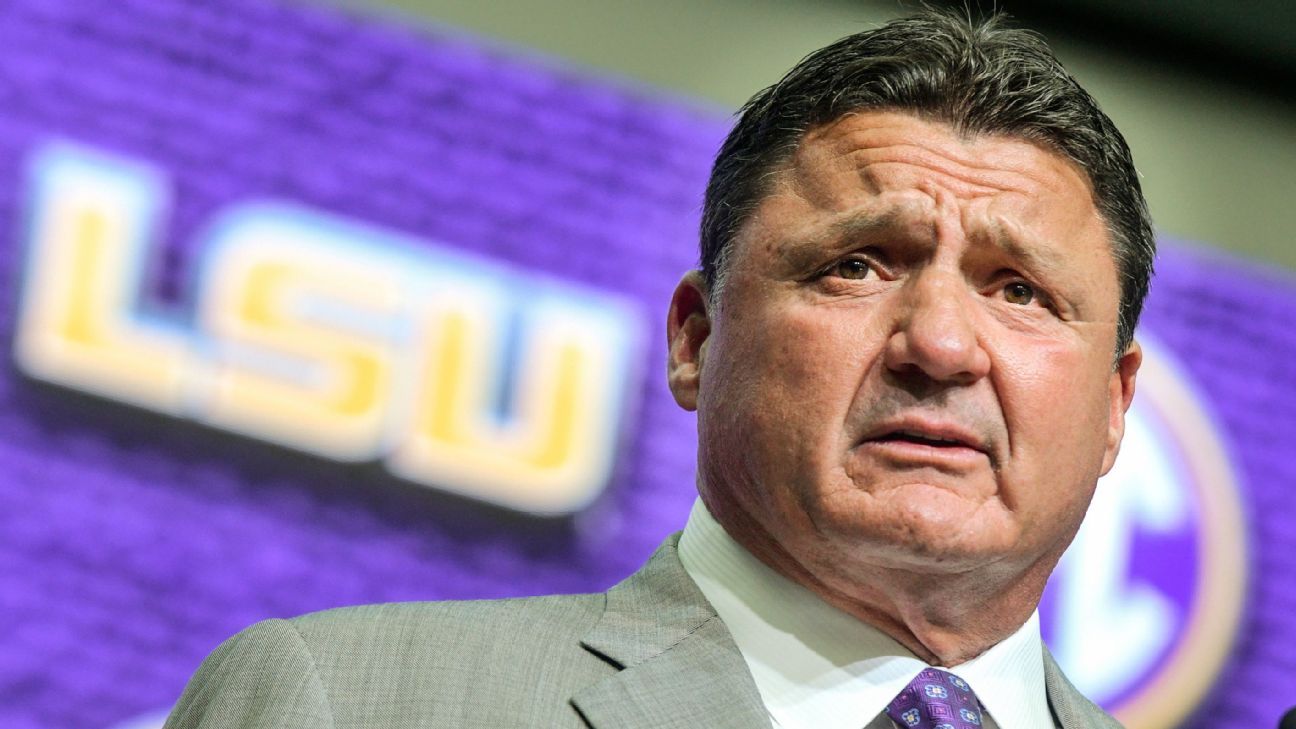 LSU’s victory on the road against Texas on Saturday night came without the benefit of an air-conditioned visitors locker room, according to Tigers coach Ed Orgeron.

Speaking with reporters Monday about the 45-38 win, Orgeron said he was tipped off to the lack of air conditioning by Louisiana Tech, which played at Texas a week earlier, and brought fans as a supplement.

“It wasn’t great, but it was better. At least we had air in there,” Orgeron said, referring to the fans. “[Louisiana Tech] didn’t have air. We had some blowers in there. I don’t think that caused as much as going out there and having to play 93 plays on defense. I think that had a lot to do with it.”

The temperature at kickoff was upward of 95 degrees, and several LSU players had to leave the game due to cramping and other injuries.

Texas athletic director Chris Del Conte issued a statement following Orgeron’s comments, saying it was the “first we’ve heard of any issues in that area.”

“We provide one of the best visitor setups available and are proud of the efforts we put forth in hosting our guests,” the statement read. “Our facilities staff did not receive any complaints from either Louisiana Tech or LSU, and we’ve confirmed that our air conditioning in the visiting locker room is in good working order.”

Orgeron said that although it was hot, the humidity “wasn’t like Louisiana.” Moving forward, he said the team will use more IVs at halftime as a preventative measure.