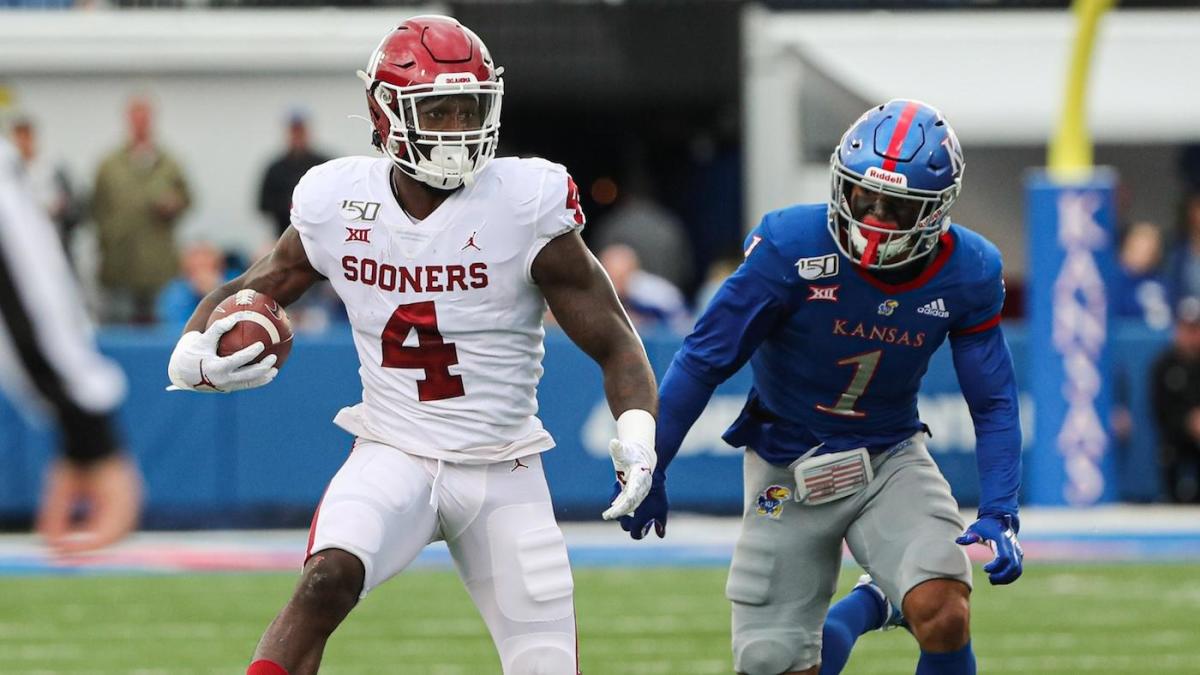 No. 10 Oklahoma survived a late scare from Iowa State when Parnell Motley picked off Cyclones quarterback Brock Purdy on a two-point conversion attempt in Week 11. It came with a cost, though. Coach Lincoln Riley announced Monday that running back Trey Sermon and defensive lineman Kenneth Mann will miss the rest of the season with injuries.

Sermon injured his left knee late in the second quarter after a 14-yard run — his lone carry of the game. The 6-foot, 216-pound junior has rushed for 385 yards and four touchdowns this year alongside quarterback Jalen Hurts and fellow running back Kennedy Brooks. His injury will put more pressure on Brooks and Hurts to provide the bulk of the rushing attack, and elevate junior Rhamondre Stevenson (370 yards, five touchdowns) to a bigger role.

Sermon was one of the primary pieces of the Sooners offensive puzzle during last year’s run to the College Football Playoff. He rushed for 937 yards and 13 touchdowns, and topped the 100-yard mark four times.

Mann also left Saturday’s contest in the second quarter. He was helped off the field by trainers with an undisclosed injury. He only had five tackles this season and missed the first three games, but was a force last season with 51 tackles and 5.5 tackles for loss.

Oklahoma will visit No. 12 Baylor on Saturday night in one of the biggest Big 12 games of the season.