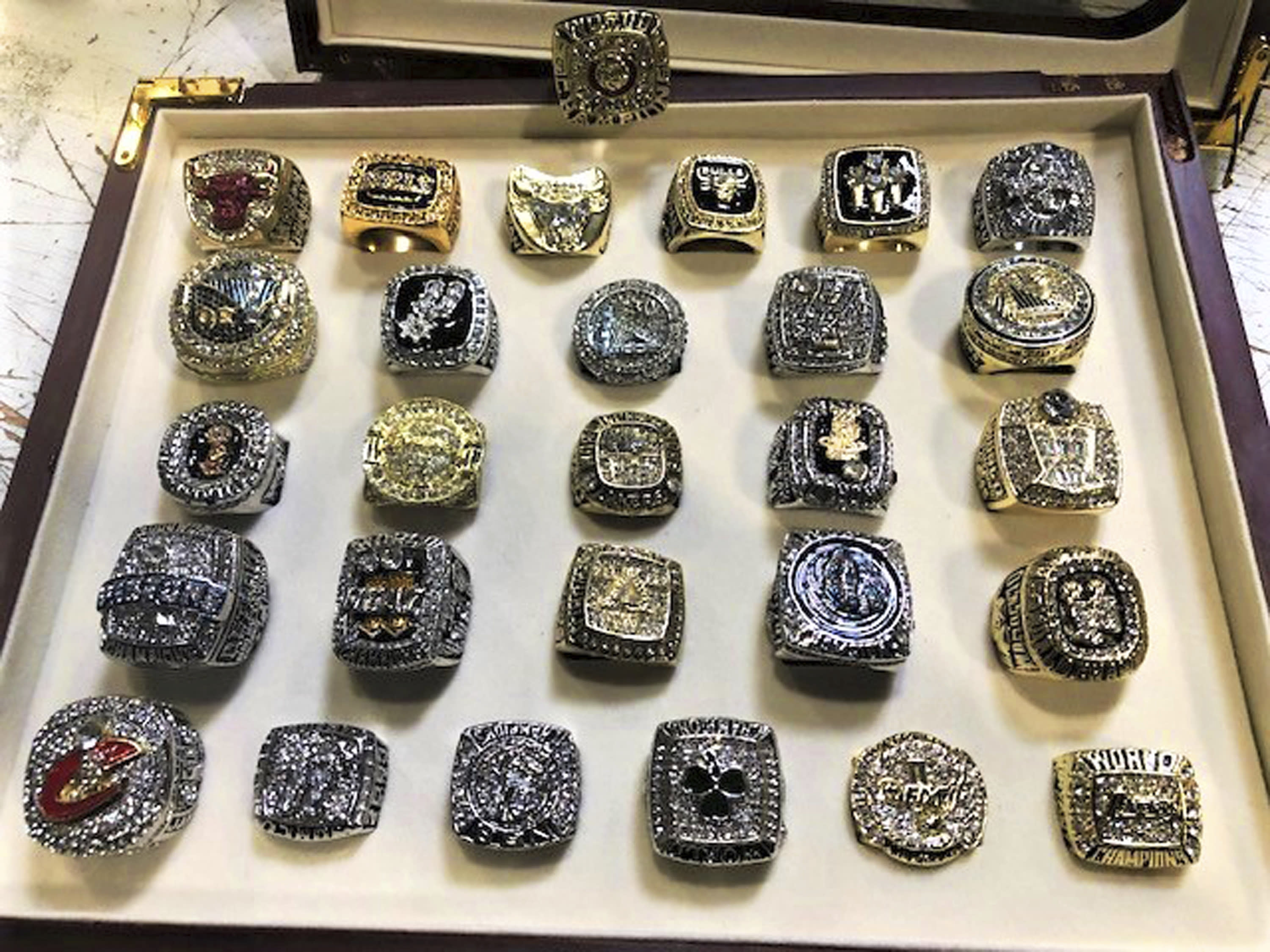 If authentic, officials say the rings would have been worth $550,000.

The collection includes knock-offs of several vintage rings as well as those awarded to recent champions like the Golden State Warriors and Cleveland Cavaliers.

Officials speculated that the a seller intended to sell the rings as a collection.

The rings came in a wooden box shipped from China and addressed to Arizona. It’s not clear what prompted officials to investigate the contents of the box.

No arrests were reported.