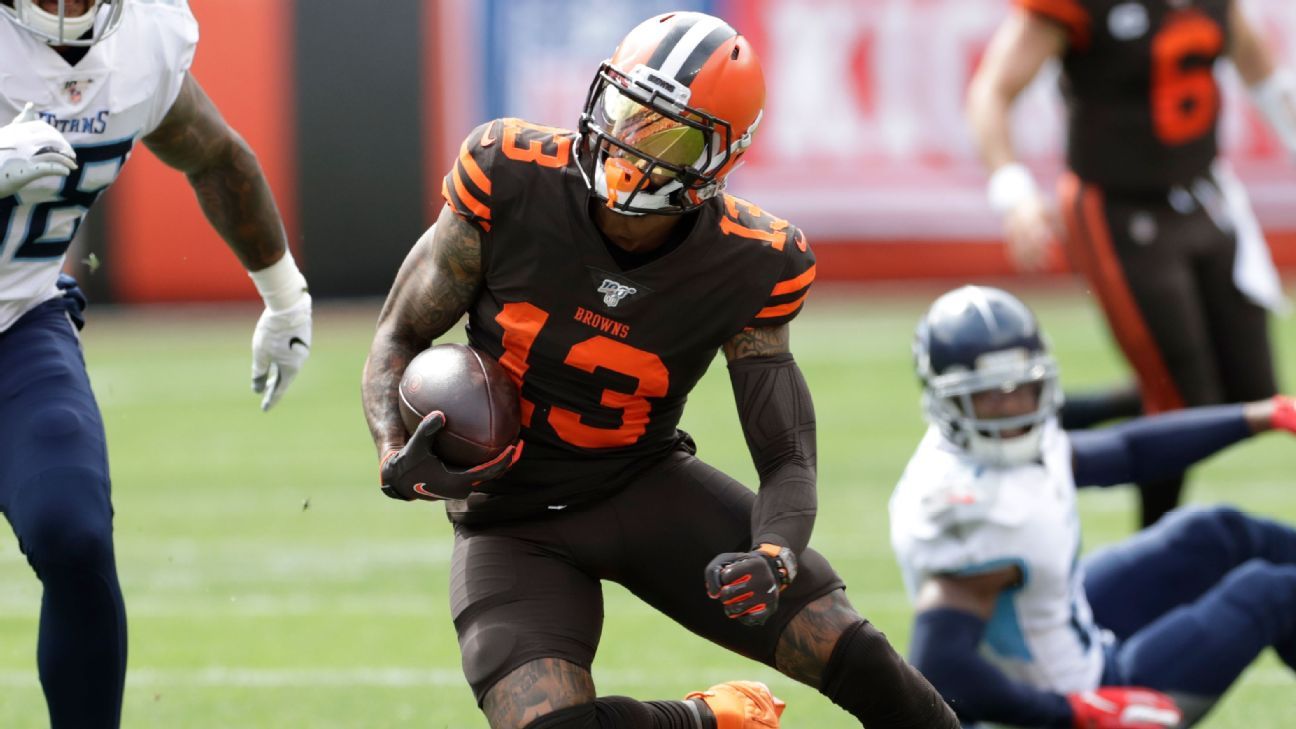 CLEVELAND — The NFL has spoken with Browns star Odell Beckham Jr. about wearing a watch during Sunday’s game.

The flashy, fashionable wide receiver sported an expensive watch — worth over $250,000 — during his debut with Cleveland, which was rolled 43-13 by the Tennessee Titans.

Beckham, who came to Cleveland in a March trade from the New York Giants, caught seven passes for 71 yards in his first action for the Browns.

In photos taken during the game, Beckham is wearing a limited Richard Mille watch.

NFL spokesman Michael Signora said there are no rules prohibiting jewelry. However, the league does have a policy “prohibiting hard objects.” He said the league will address the matter with Beckham and the Browns, who play at the New York Jets next Monday night.

“I was not aware he had the watch on,” Browns coach Freddie Kitchens said Monday. “As long as they’re going to enforce [the rules] with everyone, I’m fine with it. Let’s just make sure we get it enforced with everybody.”

Kitchens, whose team committed 18 penalties in his debut as Browns coach, later quipped jokingly: “Did they want to put another flag on the field? I was being facetious.”

ESPN’s Jake Trotter and The Associated Press contributed to this report.