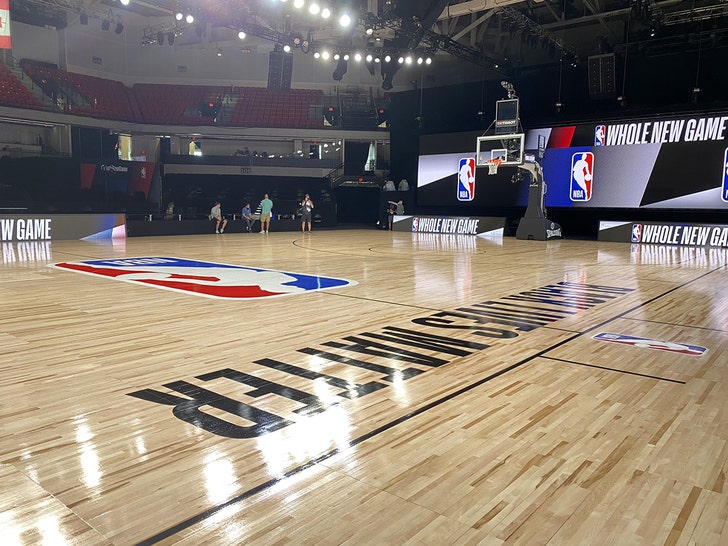 The NBA has delivered on its promise to print “Black Lives Matter” on the game court for the league’s restart in Orlando.

On Tuesday, the league unveiled the new court, giving reporters in the “bubble” a tour. Black Lives Matter is written on the floor in large, glossy black print.

Instead of having game broadcasters at a table on the sidelines at center court, they will be enclosed in a plexiglass panels creating separation between them and the players.

The players’ and coaches’ bench is comprised of dozens of spaced out folding chairs — each measured to be six feet away from the next chair.

The entire court is surrounded by large video screens, where virtual fans and signage like “make noise” — which is usually on a Jumbotron — can pop up.