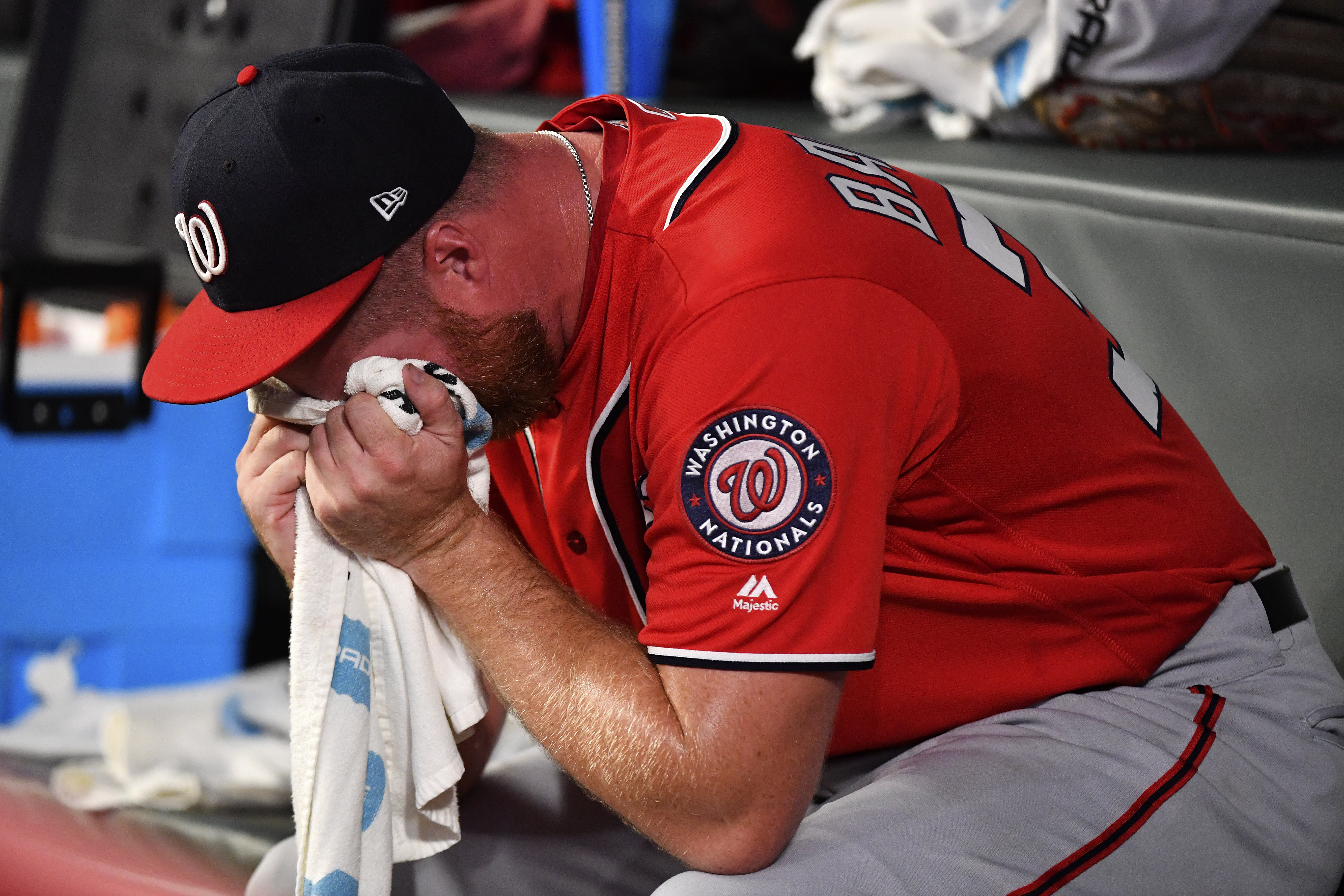 Yes, there is crying in baseball.

Aaron Barrett reminded us Saturday that there’s no shame at all in shedding a few tears on the baseball field. The Washington Nationals reliever was overcome by his emotions after throwing a scoreless inning in Saturday’s game against the Atlanta Braves.

And with good reason.

The 31-year-old right-hander was making his first MLB appearance since Aug. 5, 2015. In his time away, he was forced to undergo Tommy John surgery and later suffered a gruesome broken arm while throwing a pitch that threatened to end his career.

Sixteen screws were drilled into Barrett’s arm, and numerous seeds of doubt were planted by doctors who feared Barrett could suffer a similar injury if he returned to pitching.

Barrett pushed on anyway, returning to the hill in 2018. His comeback was paid off this season as he earned a return trip to the big leagues after a long, excruciating four-year journey.

Barrett was among the September call ups added to the Nationals earlier this week. The emotional moment when he was informed by Harrisburg Senator manager Matt LeCroy went viral, allowing his incredible comeback story to garner the attention it deserves.

Now Barrett has put a stamp on his return after pitching a crucial inning for Washington on Saturday night. He was summoned in the fifth inning to face a red-hot Braves lineup, and responded by retiring three of the four batters he faced. That include a strikeout All-Star outfielder Ronald Acuna Jr.

It’s difficult to not get emotional after witnessing a moment that special.

At this point, Barrett might not be a big part of the Nationals plans. He’s made this far though. There’s no reason to stop now.