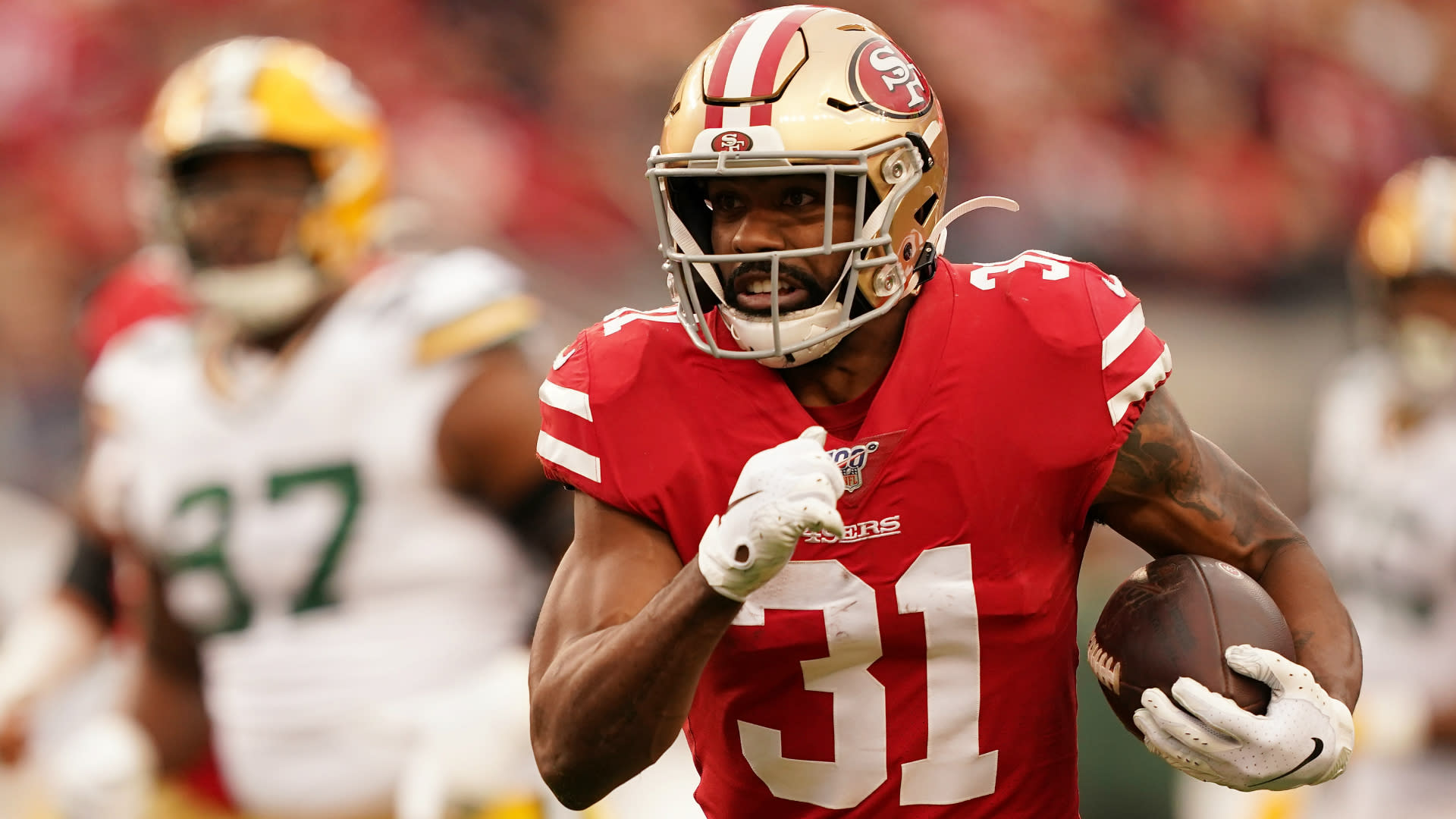 Raheem Mostert led the San Francisco 49ers to a 37-20 win over the Green Bay Packers in the NFC Championship Game and into the Super Bowl on Sunday.

Mostert rushed for 220 yards as he ran in all four of San Francisco’s touchdowns to send the team into a February 2 showdown with the Kansas City Chiefs, who earlier beat the Tennessee Titans 35-24.

Jimmy Garoppolo threw just eight times for 77 yards as the 49ers relied on their ground game and a blistering start at Levi’s Stadium to win through to their first Super Bowl appearance since 2012.

San Francisco led 27-0 at half-time and, though Aaron Rodgers was able to guide Green Bay back to within striking distance, the home team’s only concern will be the shoulder injury that forced Tevin Coleman to sit out the second half.

Star running back Mostert finished the game as the only player in NFL history to record 200 or more rush yards and at least four TDs in a playoff clash.

He began it in ominous fashion, rushing 36 yards to put the 49ers ahead with just under six minutes left on the clock in the first quarter.

Mostert scored twice more either side of Robbie Gould’s two field goals before the Packers finally got on the board, Aaron Jones running in after catching a Rodgers pass to complete a 10-play drive.

San Francisco’s star running back continued to take his team forward and his fourth TD inside the final five minutes of the third quarter ballooned the margin back out to 27 points.

There was time left for a second Jones score and one from Jace Sternberger to reduce the deficit to 14 points in the fourth, but another Gould field goal and a late Richard Sherman pick made sure of the result.

After an excellent regular season, the 49ers will hope to seize the Vince Lombardi Trophy for the sixth time when they square off against the Chiefs in Miami.