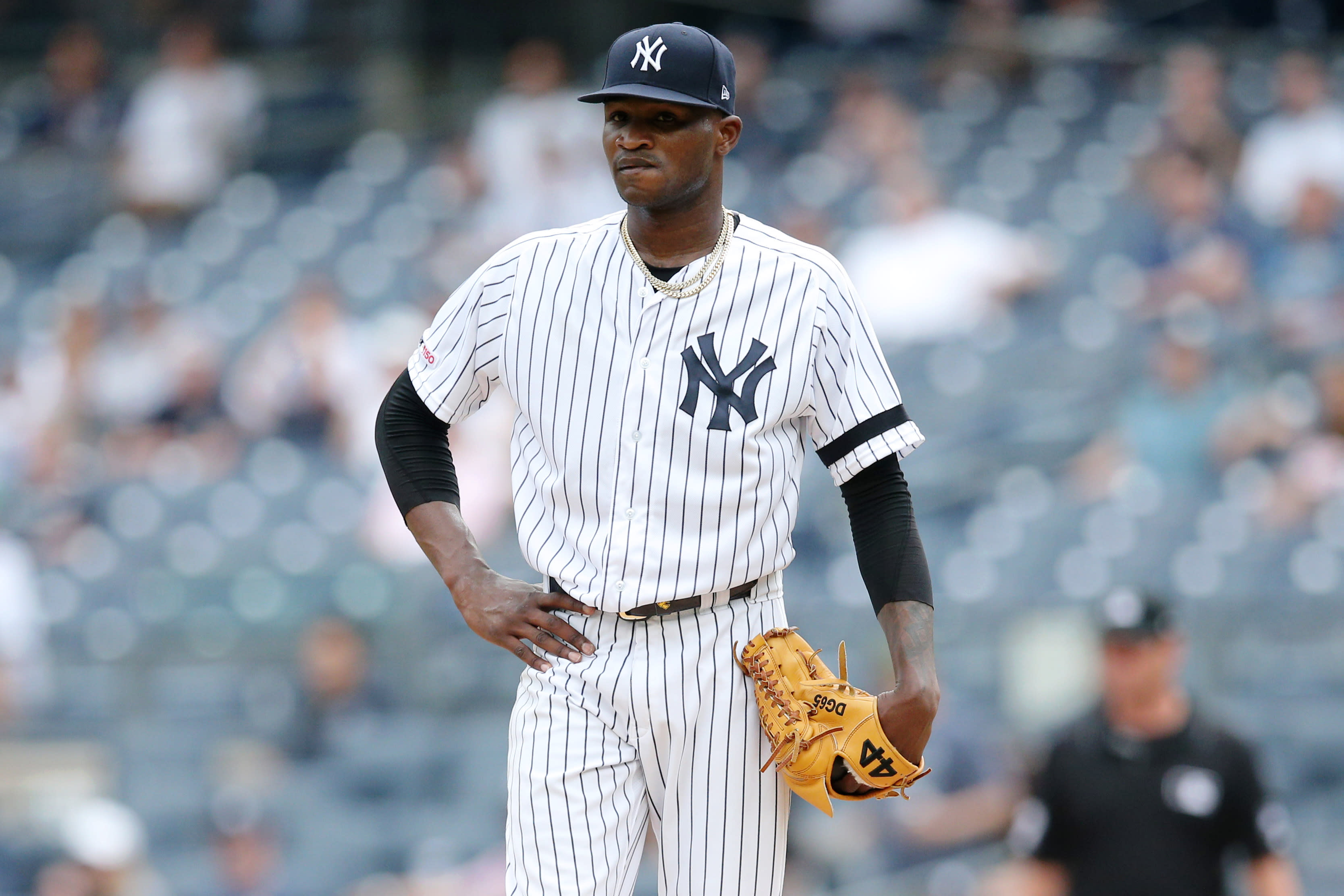 The league announced the decision Thursday in a statement:

The Office of the Commissioner of Baseball announced today that New York Yankees pitcher Domingo Germán has been placed on Administrative Leave under the Joint MLB-MLBPA Domestic Violence Policy. Per the policy, the initial period of Administrative Leave may last up to seven days, barring an extension.

Major League Baseball’s Department of Investigations has commenced an investigation into the matter that led to his placement on Administrative Leave. MLB will have no further comment until the investigation is complete.

There is no information on what Germán did to trigger the investigation, and MLB has not released any more details.

The Yankees, meanwhile, released a statement saying they support the league’s investigation.

“We fully support all measures being undertaken by the Commissioner’s Office pursuant to the Policy on Domestic Violence. We support this policy which reinforces that domestic violence has no place in our society and cannot be tolerated. We have followed the lead of Major League Baseball and will continue to provide our complete cooperation throughout the investigative process. We reserve any further comment until the investigation reaches its conclusion. All questions pertaining to this matter should be directed to the Office of the Commissioner.”