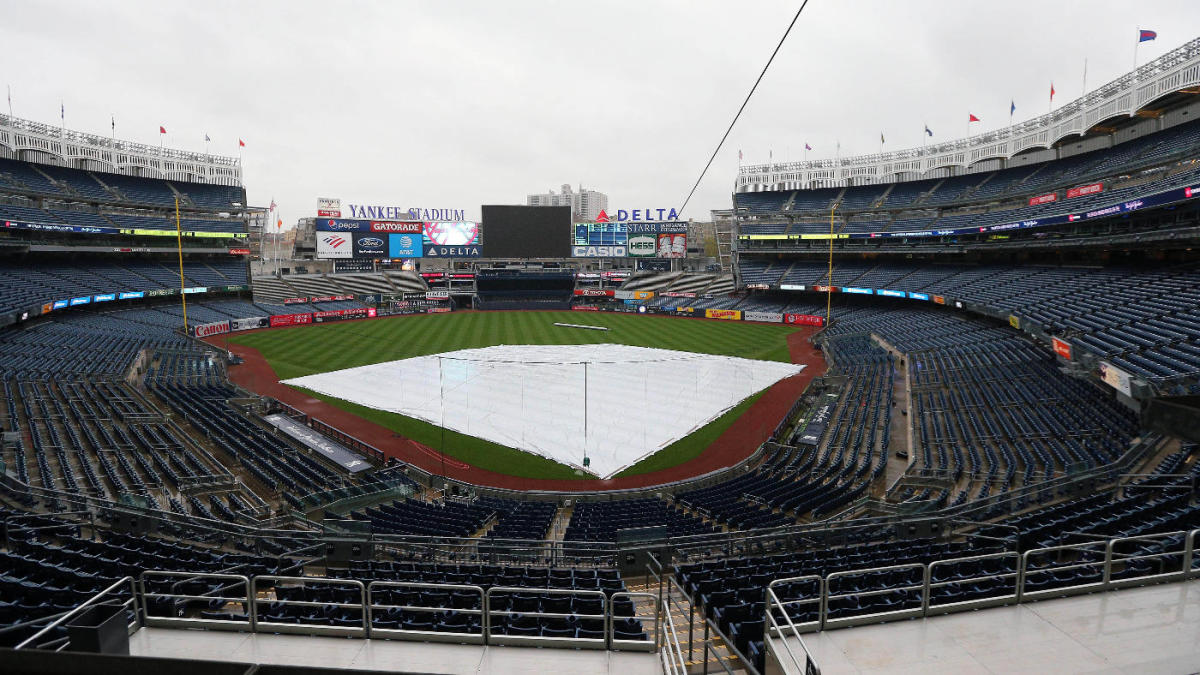 NEW YORK — Thanks to heavy rain in New York, Game 4 of the 2019 ALCS between the Houston Astros and New York Yankees was postponed Wednesday. The game will be made up Friday, so Games 4-7 will now be played on four consecutive days.

The Astros and Yankees originally announced they will use a bullpen game in Game 4 on Wednesday. Both teams then changed plans following the rainout. Houston will instead start Zack Greinke in Game 4 and Justin Verlander in Game 5.

“Very easy for us,” Astros manager A.J. Hinch said. “… It’s Zack’s normal day, he was going to pitch on Thursday no matter what it was. JV on regular rest in Game 5. As soon as we can use our best pitchers the better for us. It was an easy decision.”

As for the Yankees, they will start Masahiro Tanaka in Game 4 and will likely start James Paxton in Game 5. Both teams need to use a bullpen game at some point in Games 4-7 and they’re both pushing it back to Game 6, the last possible day to use it.

“I plan on him pitching Game 5,” Boone said regarded Paxton, with the caveat that plans could change if something crazy happens in Game 4.

If there is a Game 6, both teams would either have to use a bullpen game, or start Luis Severino and Gerrit Cole on short rest. The bullpen game is more likely, but you never know. It’ll depend on Games 4-5.

The rainout may be good news for the Yankees. They’re down 2-1 in the series and now get to start Tanaka, a postseason star, in what is close to a must-win Game 4. Also, Paxton can start Game 5 at home rather than Game 6 in Houston, where he’s struggled.

Furthermore, the Yankees get to face Verlander in Yankee Stadium in Game 5. If you’re going to face Verlander, you’d rather do it on regular rest in your building than with extra rest in Houston. Squint your eyes and you can see how this helps New York.

Of course, the Yankees rely heavily on their bullpen, and now they need to beat the Astros three times in four days to win the ALCS. That could do a number on their relief crew with no built-in off-days.