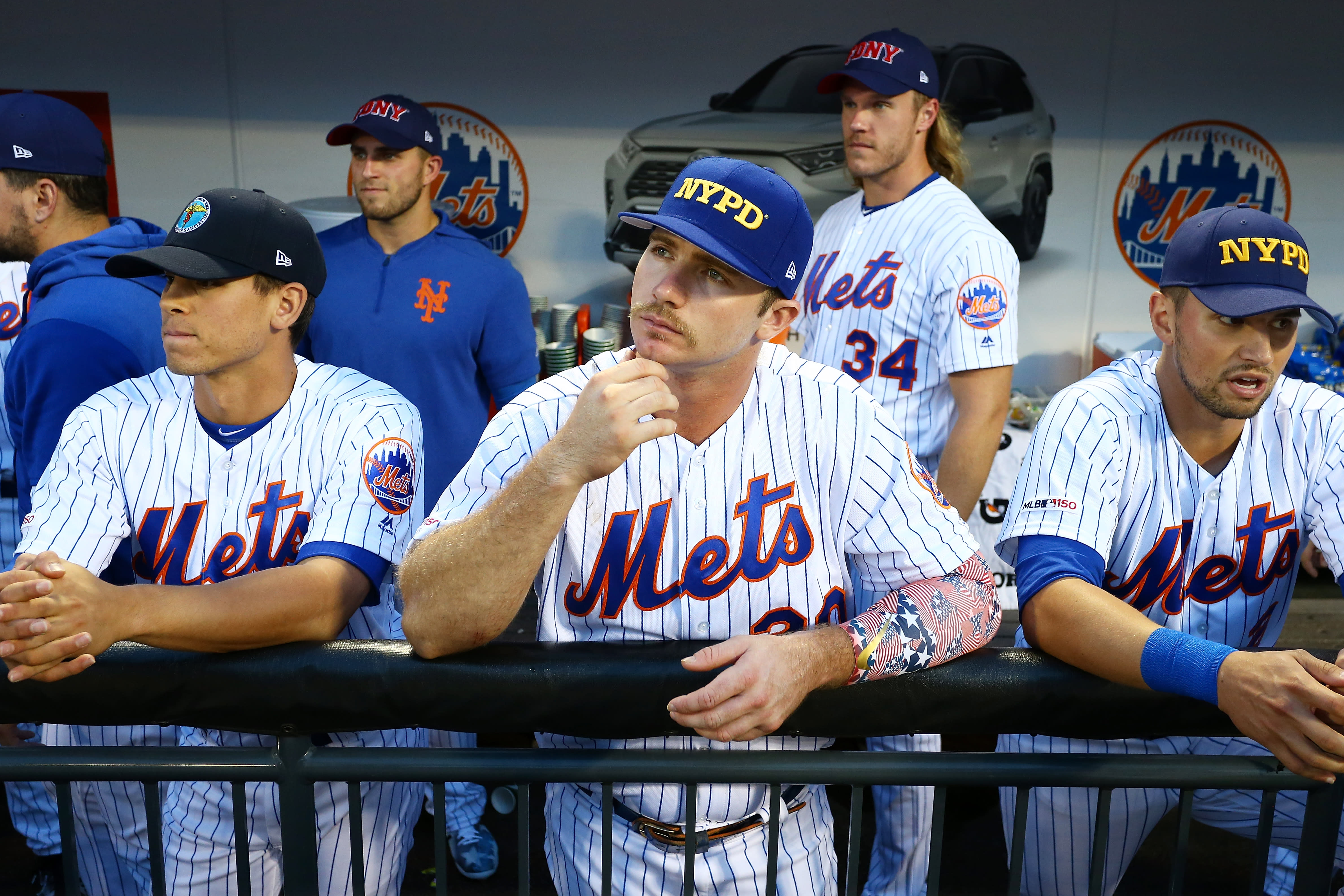 NEW YORK — Pete Alonso gets it.

Unfortunately, it seems like Major League Baseball never will.

Alonso ordered custom 9/11 cleats for all of his New York Mets’ teammates to wear during Wednesday night’s game at Citi Field as a way to commemorate the victims and first-responders from that tragic day 18 years ago.

It was the latest commendable act from one of baseball’s brightest young stars.

Of course, there was also the absolute ridiculousness that came with it.

The 24-year-old rookie slugger originally wanted to do custom hats featuring the FDNY and NYPD, but the league shot that idea down.

It’s not the first time this has happened. It was the same exact nonsense on the 10th anniversary. Which is par for the course when it comes to MLB looking mighty foolish on this day.

“I think it’s kind of sad,” Alonso said after the Mets shut out the Arizona Diamondbacks — fittingly by scoring nine runs on 11 hits. “ … I mean, since that first game back (in 2001), they kind of shut it down every single year since. I think that’s really unfortunate. So a way to kind of get around that was the cleats.”

Baseball didn’t know about the cleats. The Mets players wore them anyway. Kudos to them.

Alonso, who was in first-grade and living in Tampa when the tragedy occurred, said the cleats were a gift to his teammates. He went around and found out their brands and shoe sizes. And thanks to a lot of different people, they got done in time for the game.

Alonso has quickly ingratiated himself with New York fans not only by hitting a lot of homers, but also making an impact off the field. And when the sport’s current home-run leader (47) won the Home Run Derby, he donated 10 percent of the $1 million prize to a pair of charities.

His latest commendable act was more of the same.

There was no reason for negativity.

The Mets held a classy ceremony before the game, with first-responders standing next to the players along the baselines and stretched out across the entire outfield warning track. Afterward, there were handshakes and selfies, a wonderful scene unfolding before first pitch.

The players did get to wear FDNY and NYPD hats, but it was only before the game. And they weren’t the custom ones that Alonso and his teammates desired.

So they broke MLB’s ridiculous rules, putting cool, commemorative 9/11 cleats on their feet.

“This is something that we just wanted to do,” Alonso said. “I feel like if MLB kind of got their hands on it it may not have been approved. But I’m just really happy that we kind of banded in the clubhouse and made something cool happen.”