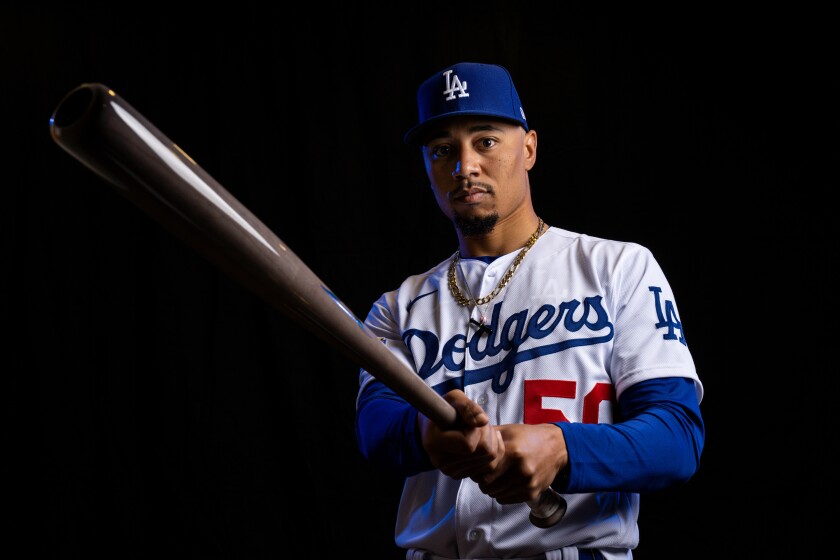 The Los Angeles Dodgers have signed star outfielder Mookie Betts to a 12-year contract extension that will run through the 2032 season. The club announced the deal on Wednesday. The deal will pay Betts a total of $365 million, according to CBS Sports HQ’s Jim Bowden. Betts is owed a salary of $27 million for 2020 — prorated down to roughly $20 million — and the new contract won’t begin until the 2021 season.

Betts’ new contract becomes the second largest in MLB history, behind only Mike Trout’s 12-year, $430 million contract with the Angels. Betts had been slated for free agency this coming offseason. MLB payrolls are expected to shrink going forward as teams deal with the financial fallout of the COVID-19 pandemic, but Betts’ deal will erase any belief that top free agents were not going to get paid this winter, The Athletic’s Ken Rosenthal adds.

The superstar outfielder will finally make his L.A. debut Thursday when the Dodgers face the Giants at Dodger Stadium, albeit without any fans in attendance. Betts, who is slated to take over the Dodgers’ leadoff spot and be the everyday right fielder, won four consecutive Gold Gloves and leads the league with 93 defensive runs saved in right field since 2016. With the Red Sox, he won the AL MVP Award in 2018 and put up a WAR of 41.8 across parts of six seasons. That makes one of the best players in all of baseball over that span and likely the Sox’s best homegrown position player since Carl Yastrzemski.

In a deeply unpopular move, the Red Sox traded Betts to the Dodgers in February in a blockbuster that also sent David Price to L.A. in exchange for a package fronted by outfielder Alex Verdugo. Price recently opted out of the season over health concerns.

The risk for the Dodgers — particularly after the 2020 season became imperiled — is that Betts would depart via free agency. Now, though, those concerns are a thing of the past, and Betts will be a franchise cornerstone for years to come.

With a shortened season on the horizon, Betts will have to play a bigger role in simply getting the Dodgers to the postseason. Dodgers fans are going to declare the trade a success or failure based on whether or not the team can bring home a championship for the first time since 1988. The Dodgers arguably have the strongest roster in all of baseball, so winning the World Series in 2020 is certainly an attainable goal.

Betts recently said that he has no regrets about rejecting a reported 10-year, $300 million offer from the Red Sox last offseason. The former AL MVP finished the 2019 season with a .295/.391/.524 batting line, 40 doubles and 29 home runs. It should now be obvious that Betts was wise to pass on Boston’s low-ball offer.