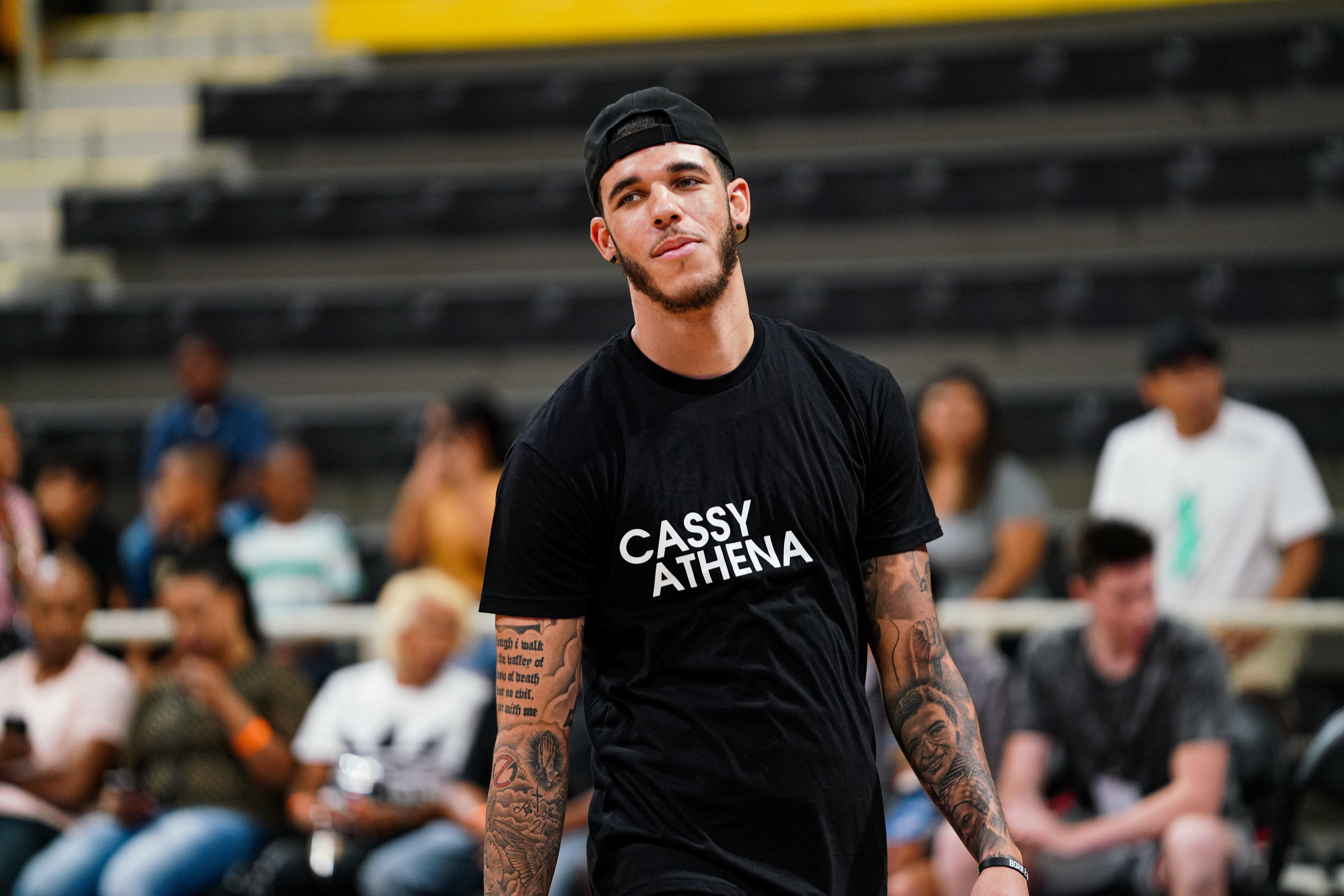 While the process was ripe for criticism, the end result for the Los Angeles Lakers in the Anthony Davis deal is inarguable.

They added a top-10 player next to LeBron James in a move that sets them up to compete for NBA championships.

They gave up a haul of young players and draft picks in the deal with the New Orleans Pelicans in a move that could ultimately pay dividends for both sides.

But very few are criticizing the Lakers for going for it.

Lonzo Ball is, though. The Pelicans point guard who was a centerpiece in the deal alongside Brandon Ingram let his feelings be known in a diss track released Thursday promising that the Lakers will “regret their decision.”

The track is titled “Last Days.”

“You know I’m all about business
LA is going to regret their decision.”👀 pic.twitter.com/JqUionL2kn

“You know I’m all about business

L.A. is gonna regret their decision

Straight to the money, you know how we get it

We count up the cash and we add up the digits”

It seems unlikely the Lakers will regret their decision. Ball, a 31.5 percent 3-point shooter and 43.7 percent free throw shooter during his two-year tenure with the Lakers, did little with the Lakers to justify their investing the No. 2 pick in the 2017 draft on the former UCLA point guard.

That the Lakers were able to turn him around in a package deal for a future Hall of Famer in his prime pretty should elicit the antithesis of regret.

Lonzo: Not a diss track

Ball tweeted after the track gained attention that he did not intend it as a diss track.

It’s not the first time Ball has gone after a former team. He took a shot at UCLA in his 2017 track “Zo2” promoting his now failed Big Baller Brand shoes. While calling out the hypocrisy of the NCAA, he also took a seemingly unnecessary swipe at UCLA students.

With them Bs, it’s a movement

Only one year I was done with the Bruins

Slavin’ for free, I was offered to move it

Millions of dollars, I took it, I’m human

I’m taking that case, I don’t care if I lose it

Brodie on beats, and it’s sounding so fluent

Trust in the brand, ’cause you know what we doing

But, whatever. Rapping about the Lakers not regretting trading him doesn’t have the same hook. Neither would lyrics celebrating his time as a Bruin.

It’s all part of the game to promote his brand. And if there’s anything Ball is clearly about, it’s that.