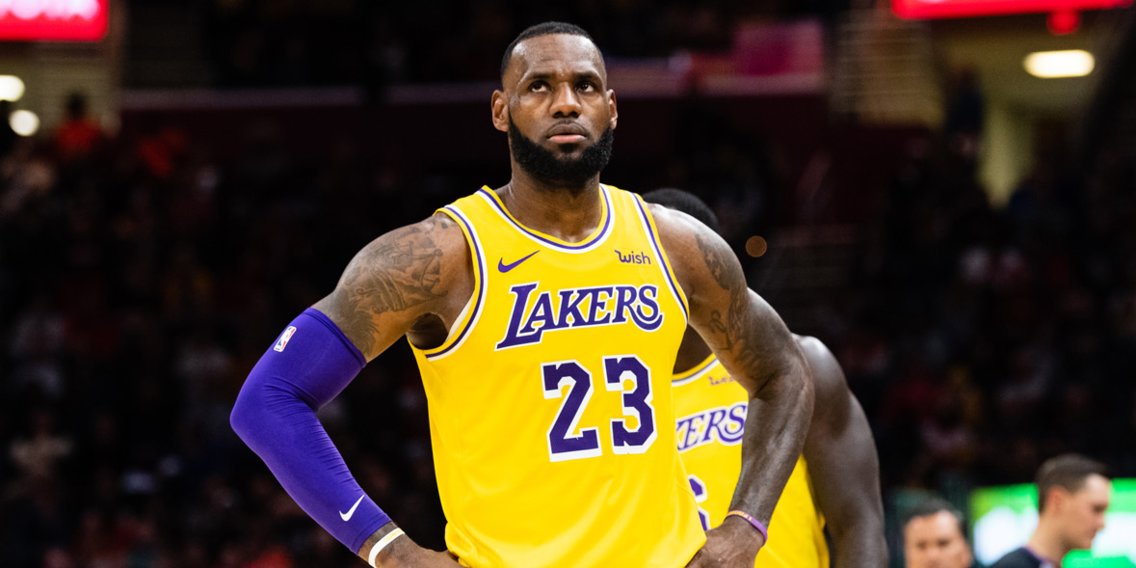 Not everyone in the NBA world agreed with LeBron James calling himself the greatest player ever.

In an episode of ESPN’s “More Than An Athlete,” James reflected on helping the Cleveland Cavaliers win the 2016 championship over the Golden State Warriors, overcoming a 3-1 deficit, and said it made him the greatest player of all-time.

“That one right there made me the greatest player of all-time,” James said. “That’s what I felt.”

He added: “Everybody was just talking about how [the Warriors] were the greatest team of all-time, like, it was the greatest team ever assembled. For us to come back the way we came back in that fashion, I was, like, ‘You did something special.'”

While there’s no doubting James’ place in history as one of the greatest players ever, several members of the NBA world, namely former players, didn’t like James coming out and giving himself that title.

“There’s a certain thing about greatness that demands you have humility with greatness,” NBA Hall of Famer Isiah Thomas said on NBA TV.

“I have never heard Michael Jordan say he is the greatest of all-time,” Thomas continued. “Even though he may think that, even though Kareem [Abdul-Jabbar] may think that, you don’t just come out and say that.”

Thomas added that if he were a current player, he would feel disrespected by James’ comments and would want to go after him on the court.

“I just think that’s disrespectful, honestly, to Bill Russell … Kareem Abdul-Jabbar. Michael. There’s just so many (players). Larry (Bird) and Magic (Johnson), led teams and turned the league around. You don’t need to say that about yourself. Let other people say that for you.”

McHale added: “I love the kid. I think he’s a great player. I think he’s been great for the game. But let other people say that for you … I didn’t like the way that sounded to me.”

Celtics president Danny Ainge wondered why James would say something like that, comparing him to President Donald Trump.

“I’d just like to — why he’s saying that, I don’t know,” Ainge said on the “Toucher and Rich” show. “Maybe he thinks that that sells. Maybe he’s taking the Donald Trump approach and trying to sell himself. I don’t know.”

“I don’t know that you can self-proclaim this,” Pierce said on ESPN. “Because when you think of all of the great players … Kareem, Magic, none of them has ever come out and said, ‘I’m the GOAT.’ That’s something up to the fans, the writers, and former players.”

Former NBA guard Chauncey Billups said he would put James on his “Mount Rushmore” of greatest players, but simply couldn’t call him the greatest. He said James would maybe be the greatest if he had hit the go-ahead three-pointer in Game 7 of the 2016 Finals instead of Kyrie Irving.

Billups did say he “loved” that James declared himself the greatest because he thinks James has probably been thinking that for a while.

The conversation around the GOAT title took another turn when The Undefeated posted a clip of Jordan being asked about being called the greatest player ever in a 2009 interview with ESPN. Jordan shied away from the title and said he doesn’t like it because he never got to play against the best players in previous generations.

The clip, in turn, has sparked some debate about Jordan’s humility vs. James’ comments. Some have argued Jordan was simply being humble for the sake of it, as he’s known as one of the most competitive athletes ever.

Nobody will be proven right in this debate, though James could add to his resume in the coming years and perhaps strengthen his argument.

Given the backlash, it will be worth monitoring whether James doubles down or backtracks on his comments.

Former NFL linebacker A.J. Tarpley did make one observation about James — he may be the best at self-promoting, and perhaps that was the point of his comments.