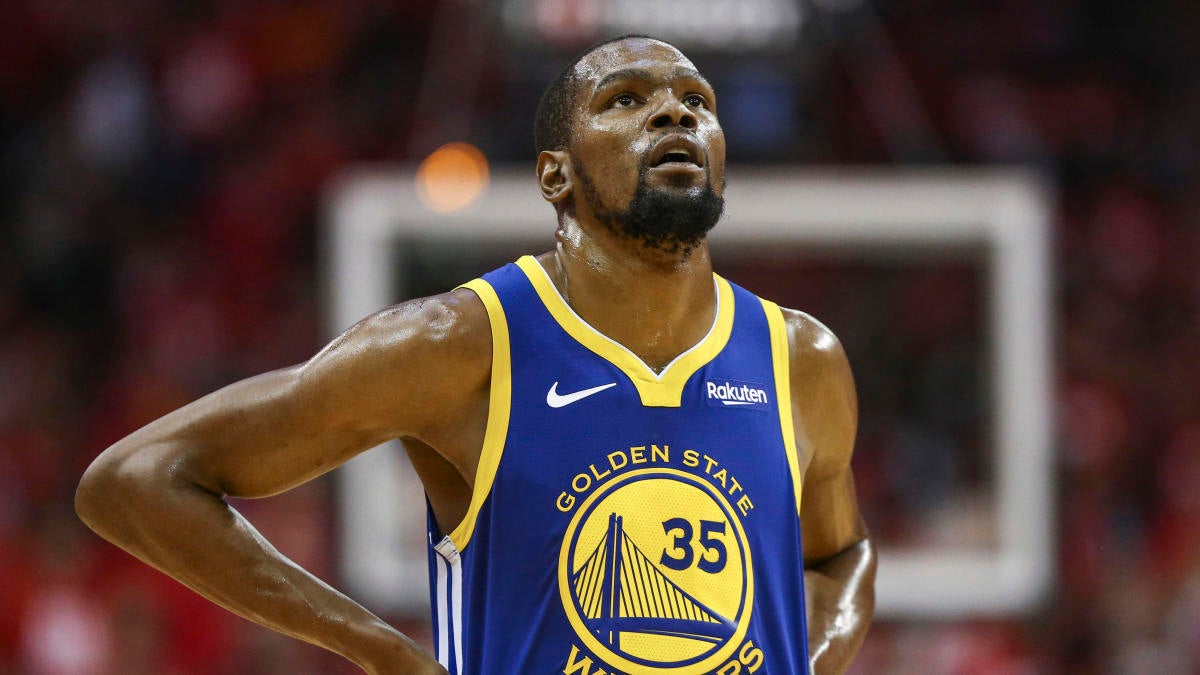 Kevin Durant may have re-signed with the Golden State Warriors in the summer of 2018, but the assumption almost immediately afterward was that it would be his final year with the team. Rumors quickly linked him to the New York Knicks, while several other teams spent the summer clearing their books to prepare for Durant’s availability.

That took a toll not only on him but on his teammates. During an infamous argument early in the season, Draymond Green reportedly got upset with Durant over the seeming inevitability of his departure. When the Knicks traded Kristaps Porzingis to create the cap space to sign Durant and another star free agent, the noise hit a fever pitch. He stopped speaking almost entirely. That included a stretch in which he refused to talk to the media, but according to Chris Haynes on an appearance on Fox Sports 1’s “The Herd,” it also meant isolating himself from his own teammates.

When asked about the Green incident specifically, Haynes indicated that it had an impact on how Durant approached the rest of the season (as transcribed by Dane Delgado of NBC Sports).

“Look I’ll say this. This is my personal opinion. Yeah, they’re cool. They’re at peace. But I would be lying if I here if I did say I don’t think that wasn’t a factor. Obviously, that thing that was a factor over the course of the season, even to the point where Kevin Durant… he just stopped talking. He didn’t talk much to his teammates. He was really on an island and didn’t have somebody that he was close with on that team. The only person was Quinn Cook— they’re from the same area. But Quinn is a younger guy that doesn’t have much clout within the franchise.”

Things grew so sour that Warriors officials reportedly spoke to Durant about coming to work “with a cheerful disposition,” though that has never been Durant’s demeanor. When they won the championship in 2018, for instance, David West told Marcus Thompson of The Athletic that “people don’t even know what we went through,” suggesting that the Warriors were subject to drama even at the best of times.

But there is a degree of irony in Durant and Green clashing like this. In 2016, it was Green that texted Durant immediately after the NBA Finals ended in order to recruit him to Golden State. He was part of the Warriors contingent that traveled to the Hamptons to speak with him in person, but in the end, Draymond giveth and Draymond taketh away.

His energy and passion for his team and the game are infectious but apparently wore on Durant as time passed. How big a role that played in his departure can never be known, but reports like this have become all too common over the past several months. It was apparent that Durant and the Warriors were not happy together by the time of their breakup.