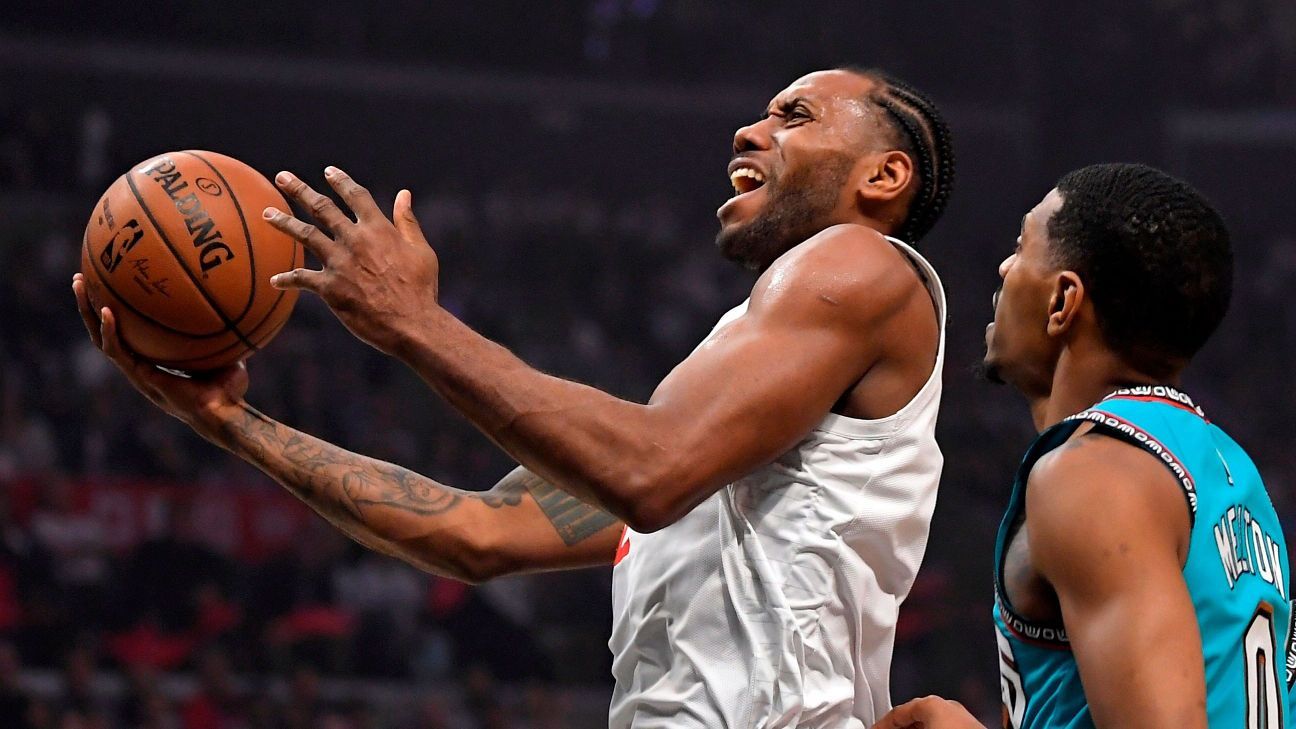 Leonard had 14 points in the first quarter as the Clippers roared out to a 40-14 lead. The All-Star forward scored 10 straight, including two dunks, to extend Los Angeles’ advantage to 24-6 with 3:49 remaining in the period.

It was the third time this season and second against Memphis that Los Angeles put up 40 or more points in the opening 12 minutes. Paul George, who missed last Saturday’s game due to a strained hamstring, scored seven of the first nine points as the Clippers shot 16 of 25 from the field in the quarter.

The 14 points by Memphis were the fewest Los Angeles has allowed in a first quarter this season. The Grizzlies missed nine of their first 10 shots and 16 of 21 in the period while committing eight turnovers.

Harrell scored six straight points early in the second to give the Clippers a 49-14 cushion. They were up 66-37 at halftime after setting a season low for points allowed in the first half.

Leonard finished 10 of 17 from the field and grabbed eight rebounds in 25 minutes over three quarters.

Ja Morant had 16 points and Josh Jackson scored 14 for Memphis (28-29), which has dropped three straight to fall under .500. The Grizzlies got within 24 at the end of the third quarter before the Clippers (38-19) extended their advantage to 37 midway through the fourth.

Grizzlies: Brandon Clarke played only three minutes due to right hip soreness. Clarke got the start with Jaren Jackson out the next two weeks due to a left knee sprain.

Clippers: Marcus Morris Sr. got his first start with Los Angeles and scored 13 points. The eighth-year forward was acquired from the Knicks in a three-team trade on Feb. 6. The starting five of Leonard, Morris, Ivica Zubac, George and Patrick Beverley marked the 29th different lineup the Clippers have opened a game with this season. … Beverley was back after missing five games due to a groin injury and had six points in 19 minutes.

Grizzlies: Finish their four-game road trip against Houston on Wednesday. They have split the first two meetings with the Rockets this season.

Clippers: Play at Phoenix on Wednesday. They have won nine of their last 10 against the Suns.