Joe Maddon: ‘I Don’t Give a S–t’ If Brewers ‘B—h’ About Cubs Playing Backups 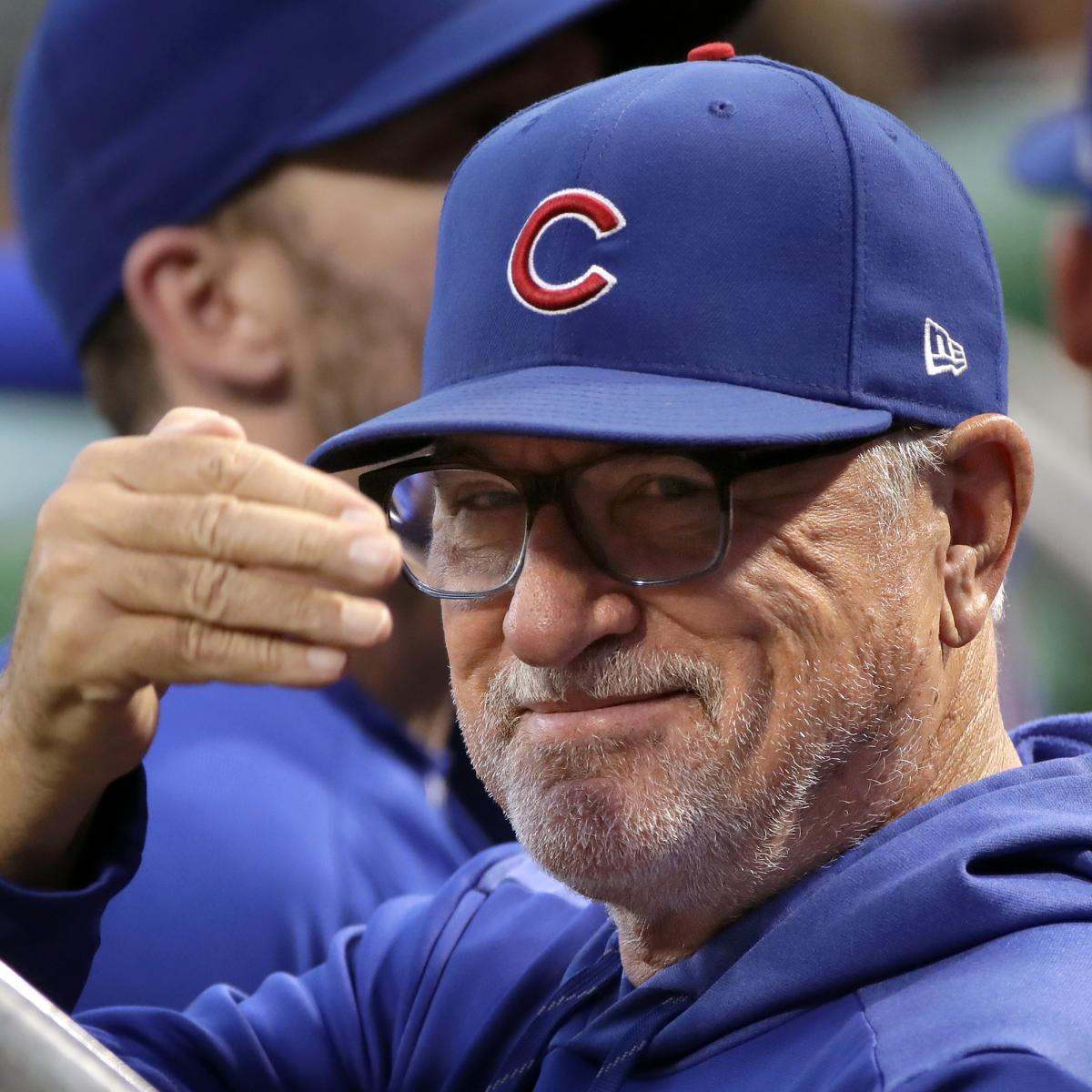 Chicago Cubs manager Joe Maddon isn’t about to let the concerns of the Milwaukee Brewers or their fans impact his lineup choices for an upcoming three-game series against the St. Louis Cardinals.

Milwaukee is one game behind the Cardinals in a tight National League Central race, and Maddon addressed the idea he won’t play his best players over the weekend with the Cubs eliminated from postseason consideration.

“Of course they’re going to b—h, and I get it, but quite frankly, there are certain things I really don’t give a s–t about, and that would be one of them,” he said, per Paul Sullivan of the Chicago Tribune.

While Milwaukee will be frustrated with the Cubs if they lose to the Cardinals, Maddon doesn’t owe the defending NL Central champions anything and has dealt with a number of critical injuries down the stretch.

In the last month alone, Anthony Rizzo suffered an ankle injury, Javier Baez was sidelined with a fractured thumb and Kris Bryant suffered an ankle injury while running the bases. Those are arguably the Cubs’ three best players, and there is no need for the North Siders to risk further injury after they were eliminated from the playoffs.

Those injuries partially explain their nosedive to end this season.

Chicago was in the thick of the race with Milwaukee and St. Louis but has lost eight games in a row in what could be Maddon’s final season with the team. His contract runs out after this season, and a failure to meet elevated expectations doesn’t bode well for his immediate future with the team he helped lead to the 2016 World Series title.

The Brewers have a three-game series against the Colorado Rockies at the same time the Cubs are playing the Cardinals and will need to win their games and hope Chicago’s backup options play well enough to win at least one of the three games.