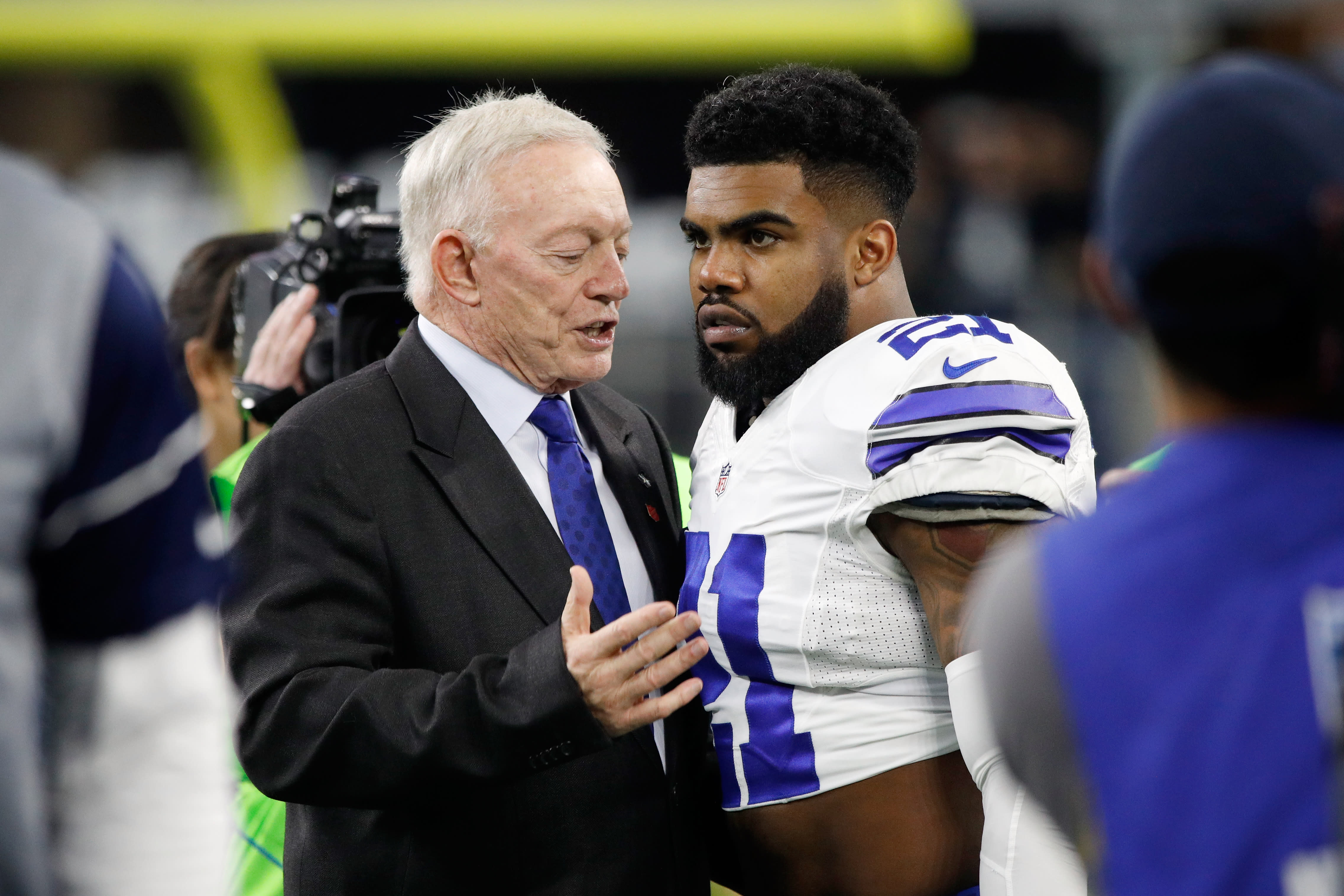 Jerry Jones is deadly serious about his right to joke about Ezekiel Elliott. (Getty)

The soap opera between Jerry Jones and Ezekiel Elliott has devolved into both sides trading barbs in the media and taking turns getting their feelings hurt.

On Tuesday, it was Jones’ turn.

The latest chapter in the Elliott holdout saga centers around Jones quipping “Zeke who?” with a wink and a smile when asked about the Pro Bowl Dallas Cowboys running back after Saturday’s preseason game against the Los Angeles Rams, as if to suggest rookie Tony Pollard could easily carry Elliott’s load.

“I didn’t think it was funny and neither did Zeke – we actually thought it was disrespectful,” Arceneaux told ESPN’s Chris Mortensen.

Elliot then reportedly packed his bags and left for Cabo San Lucas, Mexico, where he has been training during his holdout for a new contract from the Cowboys.

Whether the move back to Cabo was something previously planned or a direct response to Jones’ joke is unclear. What is clear is that Elliott remains unsigned and absent from training camp.

Jones not in a joking mood on Tuesday

On Tuesday, Jones — who clarified in the same “Zeke who?” interview that Pollard “will complement what we’re doing with Zeke, not replace,” it — took a more serious tone about his joke and Elliott’s reaction.

Jones is a showman, and there clearly was a sense of jest in his “Zeke who?” comment that he likely didn’t intend to be taken seriously.

At the same time, the matter at hand involves serious business dealings, and Elliott’s already made it clear he doesn’t feel respected by the Cowboys’ approach to contract negotiations. He’s not in any kind of joking mood.

With two games left in the preseason and Elliott back in Mexico, it’s looking increasingly like Elliott’s holdout could continue into the regular season.

With stakes high for both involved parties, the tension is ratcheting.