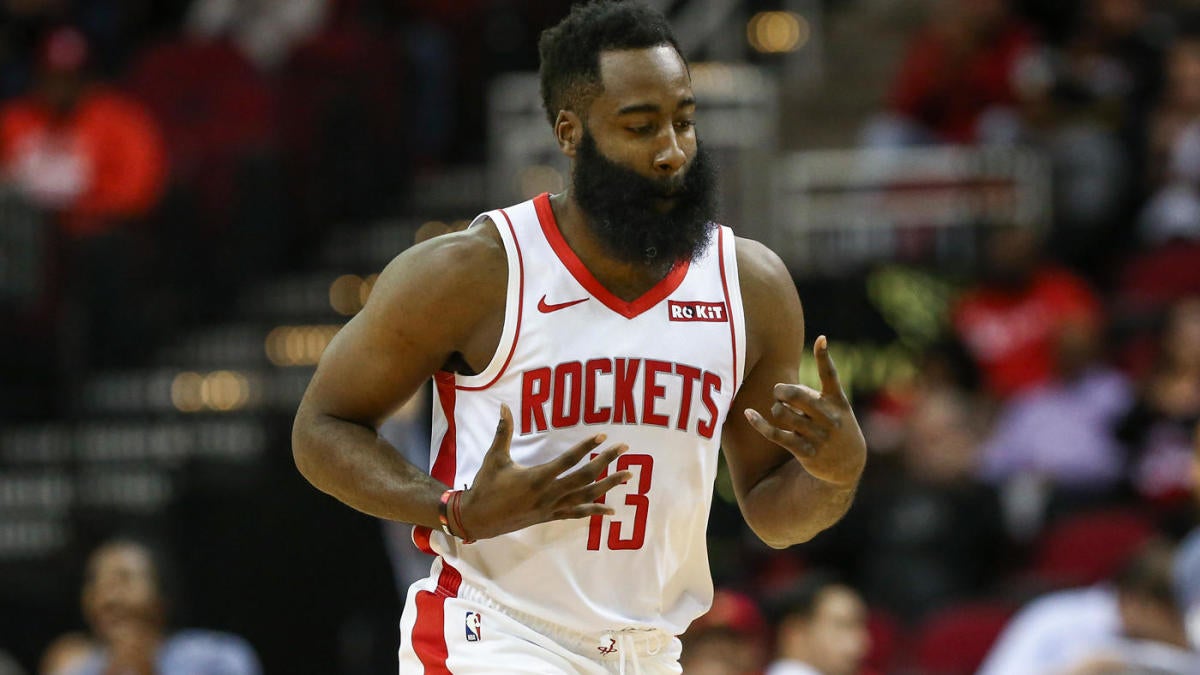 James Harden flexed, mean-mugged and shouted some NSFW language toward his jubilant Toyota Center crowd after burying a late 3-pointer which, in essence, also buried the visiting Los Angeles Clippers. Harden scored 47 points in the 102-93 win, including 17 in the fourth quarter against one of the league’s top defenses. He shot 7-of-13 from 3-point range and 16-of-17 from the free throw line in a masterful performance, after which he admitted he was a little under the weather, comparing himself to Michael Jordan in the process … of course.

The fact that he out-dueled Kawhi Leonard and beat the NBA title favorite with Ben McLemore as their starting small forward only further proves why the Rockets don’t need to worry about regular-season wins.

Harden’s longtime running mate Eric Gordon is expected to miss six weeks after knee surgery and starting forward Danuel House, the team’s leading 3-point shooter, missed the game with a back injury. Most felt that the losses would negatively affect the already-thin Houston roster, but it didn’t matter. The Rockets still have James Harden.

There are plenty of other factors involved in every NBA win and loss, but occasionally the outcome reverts to one thing: Is my guy better than your guy? Say what you will about Harden in the playoffs, but he has proven time and time again that he’s capable of leading the Rockets to regular-season wins no matter what cast of characters is placed around him.

Last season, with the Rockets reeling and Chris Paul sidelined, Harden went on a historic scoring tear that put him back in the MVP conversation and led Houston to a tie for the third-best record in the Western Conference. This season he started off shooting horribly from the field as the Rockets stumbled to a 3-3 record. Since then they’ve rattled off five straight wins, with Harden bumping his percentages to 46-43-80 splits.

Combine Harden’s offensive exploits with Mike D’Antoni’s efficient offensive system and PJ Tucker’s defensive leadership, and you can plug in guys like McLemore, Austin Rivers — even Chris Clemons and Thabo Sefolosha– and the Rockets will still win regular-season games. The fact that we now view House as an essential part of the Rockets’ attack just speaks to this point. The guy was on a two-way contract last season, and now he’s averaging double-figures on 46 percent 3-point shooting. It’s just what the Rockets do.

What about Russell Westbrook, you say? Over the five-game winning streak, Westbrook is shooting 19 percent from 3-point range and has more turnovers than assists. Harden’s All-NBA teammate is playing horribly, and the Rockets are still winning. And they’ll continue winning, as long as Harden is healthy, no matter which players he has around him.