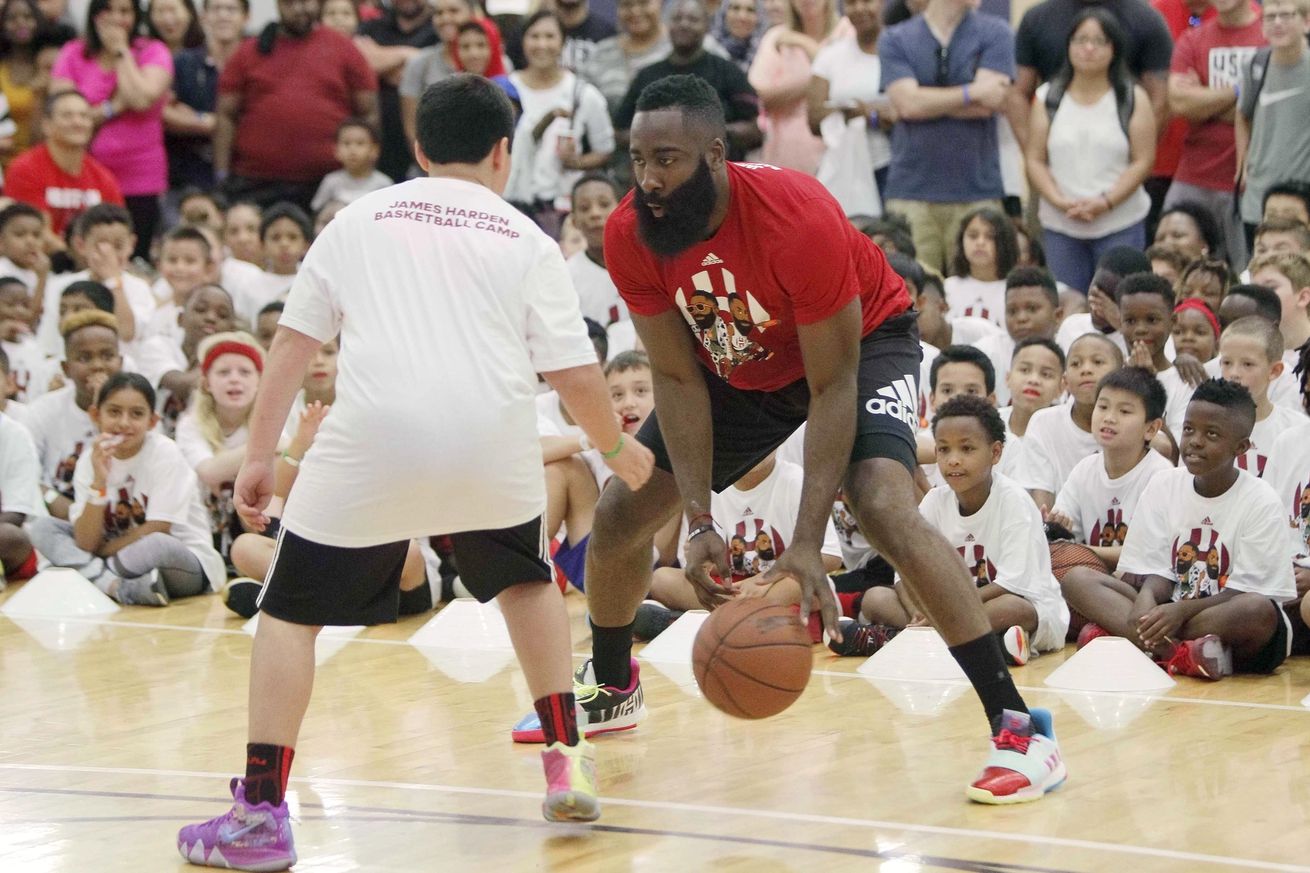 Harden told us he was plotting a new move. Is this it?

James Harden started his summer by promising to unleash a new move on unsuspecting NBA defenders when next season began. He appeared to hint at what he’s been working on during the famed Rico Hines pickup runs at UCLA over the weekend.

Harden warned us this was coming

When a young fan asked Harden about his “traveling step-back” earlier this summer, the Rockets star said he was in the lab cooking up something new. In the process, he gave an answer that should inspire every young player to continue working on their game.

“This year, I’m going to come up with something more creative, and it’s gonna look like a travel but it’s not. Honestly! Even when I was on a tour, in Europe or China, or even when I’m here in the U.S., I see kids your guys’ age that are working on step-backs, working on moves, because it’s going to gain you an opportunity to be better than the rest of your peers. And that’s what I’m going for.

Harden seems to add a new move every year

Harden is always getting better. He broke into the NBA by debuting a Eurostep that recalled the callous trickery of his idol Manu Ginóbili. As he moved to the Rockets, Harden mastered the step-back and then the side-step. In between, he’s become the NBA’s king of deceleration. All of it has helped him go from a sixth man in Oklahoma City to one of the best players in the world for Houston.

As the NBA game is increasingly played at the point of attack between the offensive and defensive player, the ability to consistently create separation is perhaps the biggest requirement for a superstar-level player. LeBron James goes through you. Giannis Antetokounmpo goes over you. Harden does it every which way, leveraging his enormous frame, superhuman strength, and impossible sleight of hand skills to become the deadliest scorer of his generation.

And no, this isn’t a travel

Some fans are sure to call this spinning, one-footed three a travel if Harden actually uses it in games. Harden himself acknowledged it at the first hint that he was working on something new. No, it isn’t a travel. Harden is taking two steps with a gather, which is totally legal. Instead, it’s further evidence that a player who has finished in the top-two of MVP voting four of the last five years isn’t satisfied with his game yet.

Harden’s work ethic and ingenuity should make him a role model to anyone looking to elevate their game. Just don’t try this move in a game before winning an NBA MVP, kids. As Harden has showed us, you need to have a command of the rules before you know how to break them.