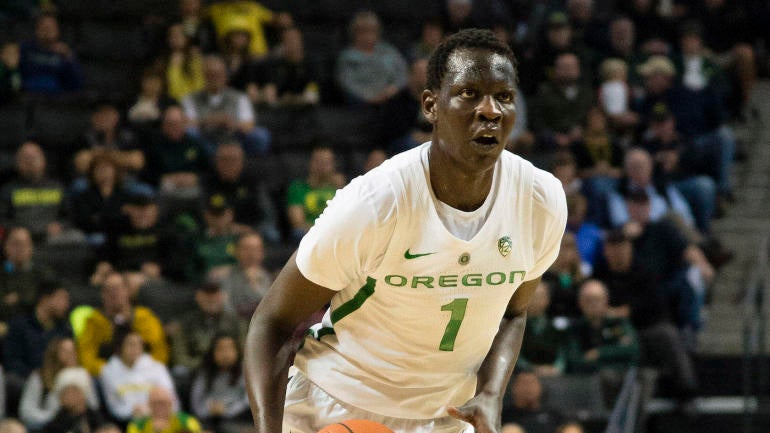 The Pac-12 has endured one of the worst starts to a college basketball season since its inception. Thursday’s bombshell that Oregon star Bol Bol is officially out for the season only exacerbates the matter.

Bol, the former five-star recruit who had been lighting it up out of the gate with the Ducks, was the early Pac-12 Player of the Year frontrunner headed into 2019. But a foot injury suffered in mid-December cost him the past four games, and Thursday he announced what many had feared since his prolonged absence began: His season, along with his Oregon career, is over.

How it impacts the Ducks

Bol Bol was Oregon’s heart when he played — especially on offense. In nine games, he averaged a team-high 21.0 points, 9.6 rebounds, and soaked up 36.3 percent of shots available when he was on the court, according to KenPom data, which ranks 14th this season. He made good use of his volume, too, shooting 56.1 percent from the floor (including a red-hot 52.0 percent from the 3-point line). For a player who stands at an intimidating 7-foot-2 to put up those type of stats is virtually unheard of, which makes replacing him a near-impossible feat.

Adding salt to the wound (no pun intended, sorry, Ducks fans) is the fact that Kenny Wooten, Bol’s most natural replacement at the center spot, is dealing with an injury of his own. Just before the new year he underwent surgery for a fractured jaw. He may not return until February.

That puts an immense amount of pressure on the rest of the club to step up. Senior forward Paul White will likely continue to see his minutes wade into the 30-per-night range for the foreseeable future, and freshmen Louis King and Francis Okoro will likely earn more playing time, too. Those are all good players — and King has potential to be a great one. But any way you slice it, Oregon’s size is taking a hit without Bol. His sneaky-great rim protecting skills will be missed dearly for Dana Altman and Co., and there’s no one capable of swatting shots like him — at least not until Wooten gets healthy.

What it means for the Pac-12

Because of how down the league is on the whole, it’s entirely possible Oregon still manages to limp (maybe literally) to a conference title. Bol is a great player/prospect, and Wooten’s return will be necessary, but Altman has recruited at a really high level to be able to withstand such significant losses. Here’s a huge reason why Ducks fans should believe me: all five of his most-used lineups over the last five games, according to KenPom data, features former top-100 recruits.

The Ducks have the talent.

Without Bol, they have managed to go 3-1 overall. All those games they were favored in, mind you, but the wheels don’t appear to be banged up like most of Oregon’s roster seems to be right now. If it can manage to get back to full health at a relatively quick pace, it should be considered a top-2 team in the league.

My money is still on Arizona State and Bobby Hurley, and I feel more strongly about that pick today than I did yesterday. But I’d be willing to bet it comes down to the final few games before the regular season crown is determined. Neither Arizona State or Oregon are going to run away with it, barring a big rally from one squad. And even without the super frosh, Oregon has a shot to win its third title in a four-year span.