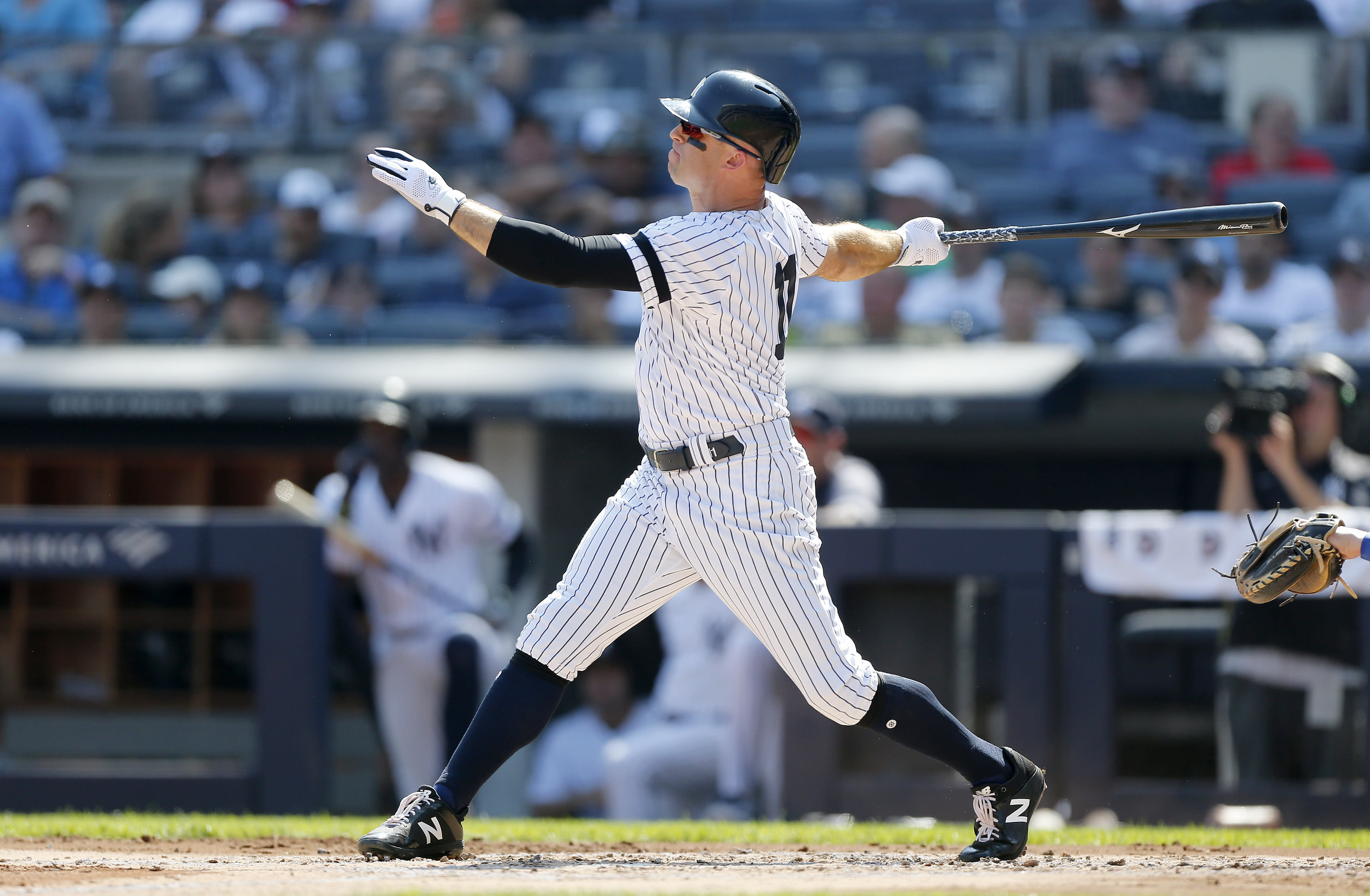 NEW YORK – The celebration had died down around him as Brett Gardner reflected on what this latest AL East crown personally meant to the longest-tenured Yankee.

He started the year as a fourth outfielder as questions swirled about his effectiveness.

By the end of the season, he had played in the most games of any Yankees outfielder, and contributed the best OPS of his career in a season not shortened due to injury. Now, as the Yankees prepare to face the Twins in the American League Division Series starting Friday, no one is questioning Gardner’s place on the team. In fact, he’s one of the most vital members of a beat-up team that still managed to win 103 games.

That journey from afterthought to key contributor made the champagne taste all the better.

“It means a lot,” Gardner said at the time. “I’ve had more fun playing baseball this year than I ever have. Just been a lot of fun to be part of a special team. We got a lot of work left and a long way to go to be where we want to be.”

From a backup role to 141 games

Gardner never wanted to leave New York. A first-time free agent this past offseason, Gardner always had his sights on re-signing with the Yankees – provided they wanted him back for a 13th season in the Bronx.

In his age-35 season in 2018, Gardner produced his worst OPS since his rookie year and yet again faded down the stretch.

With Aaron Judge, Giancarlo Stanton and Aaron Hicks all slotted for prominent roles, and former top prospect Clint Frazier knocking at the door, the Yankees could have passed.

Instead, the team declined his option and then re-signed him for $7.5 million, saving $3 million in the process. Still, paying $9.5 million for a declining, backup outfielder is a significant investment that raised some questions.

“It worked out the way I wanted to,” Gardner said. “I never wanted to go down that [free agency] road until I was forced to.”

That investment has proven to be one of Yankees’ shrewdest moves of the offseason. Little did they know that they would set the major league record for most players on the injured list. Stanton played in only 18 games. Hicks appeared in 59. And Judge totaled 102.

That fourth outfielder suddenly became a vital piece for a team with championship aspirations.

“Realistically probably wasn’t expecting to play as much as I have. I don’t think anyone was,” Gardner told Yahoo Sports. “Just because of the numbers and personnel in place, maybe was expected to play in a few less games.”

As his teammates kept falling, Gardner somehow navigated the injury minefield, playing in 141 games, third-most on the team behind DJ LeMahieu (145) and Gleyber Torres (144). But Gardner went above and beyond, slashing .251/.325/.503/.829 with a career-high 28 homers. Gardner had hit more than 20 homers only once before in his career.

“He’s been one of those stabilizing forces in our lineup,” said rookie outfielder Mike Tacuhman. “He’s out there every single day. He’s 36, playing hard, running the bases hard, getting after it in the outfield, playing center field every single day.

It’s commendable enough that Gardner managed to play in 141 games. But Gardner also contributed arguably the best year of his career. He slashed .251/.325/.503/.829 while hitting a career-high 28 homers.

He had only topped 20 homers once before in his career yet managed to mash more dingers than Judge, albeit in 103 more at-bats. Gardner finished third on the team in homers.

“He’s one of the reasons we’re here. No denying how good of an all-around player he’s been between the lines for us,” Yankees manager Aaron Boone said. “Still an elite defender for us, the power that’s been there, he’s hit all over the lineup and what he brings behind the scenes in a lot of ways the hunger that I feel exists with this team, he’s one of the reasons why.”

LeMahieu, an offseason import, said he had always liked watching Gardner from afar, and labeled it a “great opportunity” to play alongside him. Gardner is revered by his teammates for his leadership qualities. Tauchman noted that Gardner makes younger players feel comfortable while playing in a tough market, and is a great resource during games for finding ways to approach the opposing pitcher.

“He’s just a very unselfish player and wants the team to do well whatever role he’s in, he’s happy to be,” LeMahieu said. “To me, that embodies what our team is about this year, guys stepping up and being unselfish. I think he’s the leader.”

Gardner credited his teammates for galvanizing him.

“These guys have me feeling young again and probably the most fun I’ve had, most exciting season I’ve had in my career,” Gardner said. “Excited to see where these next weeks take us, back into the postseason, and it’s been a fun year for me.

“I’ve enjoyed every minute of it.”

When the Yankees last clinched the AL East in 2012, Gardner played in just 16 games due to an elbow injury. He returned late the year, but spent most of the year watching.

Flash forward seven years, and this division crown would not have been possible with Gardner’s contributions. He played a large role in why Game 1 of the ALDS will be at Yankee Stadium on Friday night against the Twins.

“Obviously, DJ, Gleyber, Gio (Urshela) they’ve all had extraordinary years and you can make a strong case for any of them being our quote-unquote MVP, but I think Gardy has to be in the conversation as well just the way he’s led on and off the field,” Tauchman said. “We wouldn’t have celebrated [an AL East title] if Brett Gardner wasn’t on our team.”

Gardner is only one of two Yankees who were part of the last championship team in 2009, and though they are underdogs to the Astros, he believes this team can hoist the trophy.

“That’s the reason I re-signed here back 10 months ago is for a chance to be a part of a great team like this and win a championship,” Gardner said. “Step one, winning the division, it’s a great accomplishment, we got a lot of work left and trying to stay focused like we have all year and continue to get our work in and see where our work takes us.”