Hawks’ Carter aims to be available for every game 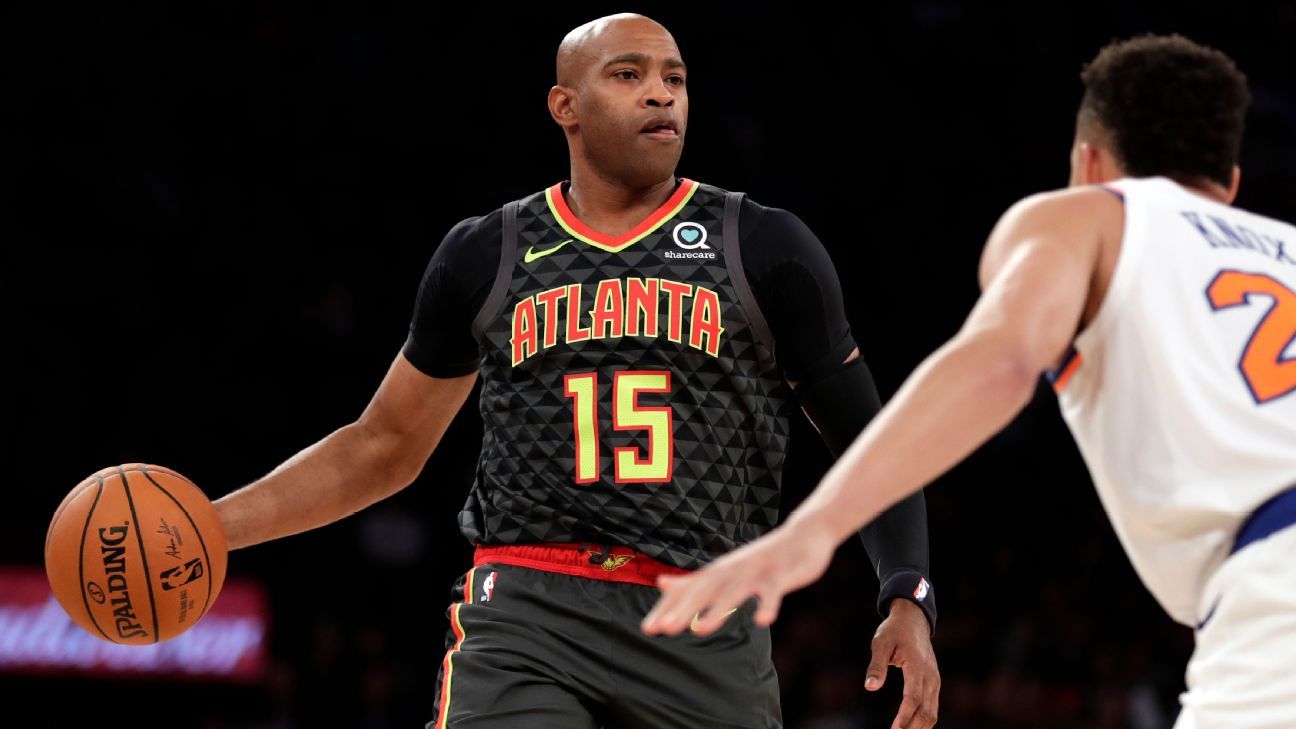 NEW YORK — Being the first NBA player to play in four different decades is not a lofty enough goal for Atlanta Hawks veteran Vince Carter.

After dropping 17 points in the Hawks’ 100-96 victory over the New York Knicks on Wednesday night at Madison Square Garden, Carter said he aims to appear in every game this season.

“I want to make sure I am available for every game,” Carter told ESPN. “Obviously, it is Coach’s decision, but I want to keep my body right so I can do that.”

Carter is already on his way, having played at least 13 minutes in all four of Atlanta’s preseason games. On Wednesday in New York, Carter was 6-of-11 from the field, and his 27-foot jumper with 1 minute, 31 seconds to play gave the Hawks the lead for the remainder of the game.

For Carter to achieve his goal, he must take meticulous care of his body. Though “we don’t have time” to cover all of his treatment regiments, Carter said he will have to work out religiously, rest diligently, ice and stretch.

Carter, entering his second season with the Hawks, played under Knicks coach David Fizdale in Memphis in 2016-17.

“Will he retire already?” Fizdale joked. “I am so tired of him! But I think it is phenomenal. It is awesome to see. He gives us 40-pluses a lot of hope.”

As disappointed Knicks fans streamed out of the Garden, several could be overheard murmuring, “At least we got to see Vince go off.”