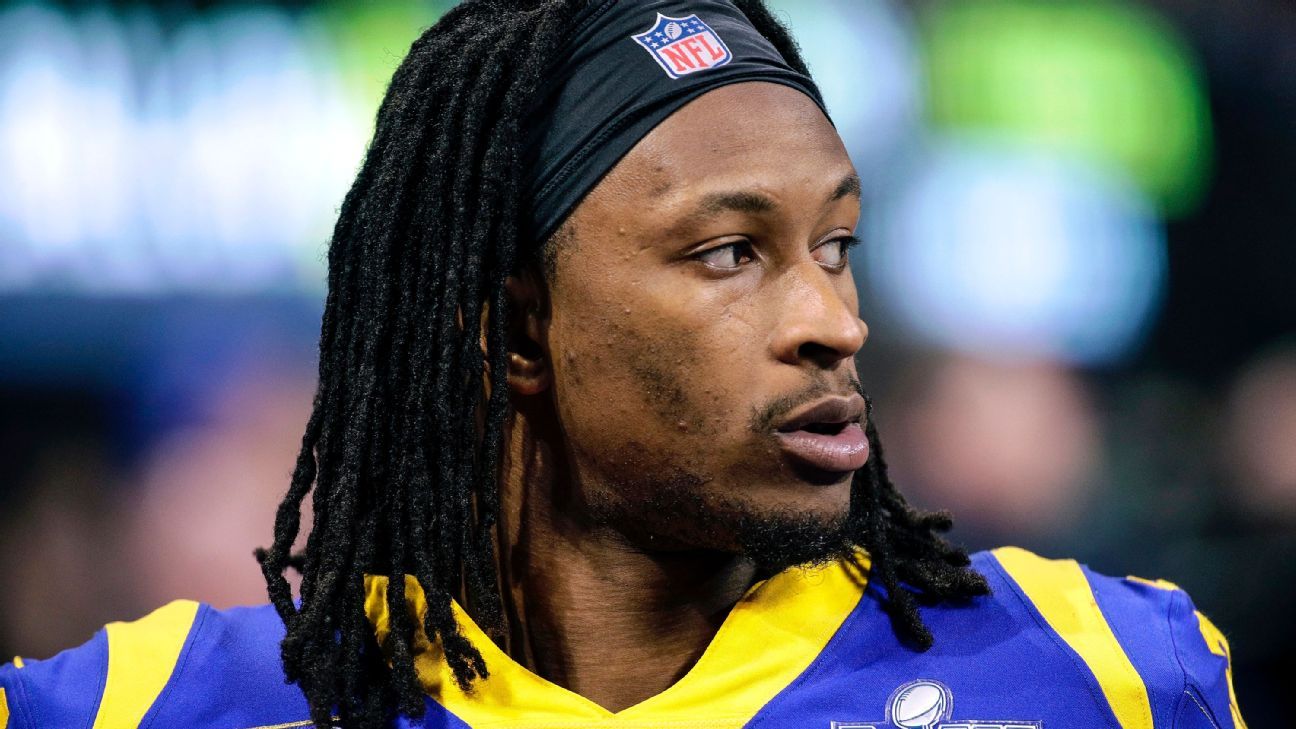 LOS ANGELES — Los Angeles Rams running back Todd Gurley has never been a fan of international games or games played on a short week.

Gurley’s tone didn’t change Sunday after a 55-40 loss to the Tampa Bay Buccaneers, which dropped the Rams to 3-1 on the season. The Rams must turn around to play the Seattle Seahawks in a division opener at CenturyLink Field on Thursday.

“You know how I feel about Thursday night games,” Gurley said when asked how the short week would alter his preparation. “I feel like they are the dumbest thing ever.”

Gurley rushed for 16 yards and two touchdowns on five carries against the Bucs. He caught seven passes for 54 yards.

Following an approach similar to the one they’ve used the past two seasons, the Rams brought exercise bikes and massage tables into their postgame locker room Sunday to get a jump-start on the recovery process.

“It’s never a good thing to be on a short week,” safety John Johnson said.

As they enter Week 5, the Rams have minimal injuries. Cornerback Marcus Peters was evaluated for a concussion Sunday. Linebacker Bryce Hager suffered a stinger, and rookie safety Taylor Rapp left the L.A. Memorial Coliseum with a boot on his left foot after he suffered an ankle injury.

Gurley did not appear concerned that the short week would limit their ability to perform against the Seahawks, whom the Rams swept last season and have defeated three out of four times since Sean McVay took over as Rams coach in 2017.

On Sunday, the Seahawks improved to 3-1 with a 27-10 victory over the Arizona Cardinals.

“For the most part, if you aren’t really battling injuries or stuff like that, Thursday is kind of like a day you usually feel good anyway,” Gurley said. “They played on Sunday as well. … We just have a quick turnaround to go up to Seattle.”

The Rams play an international game in London against the Cincinnati Bengals next month. It’s likely Gurley will also voice his displeasure about traveling overseas for the Week 8 matchup.